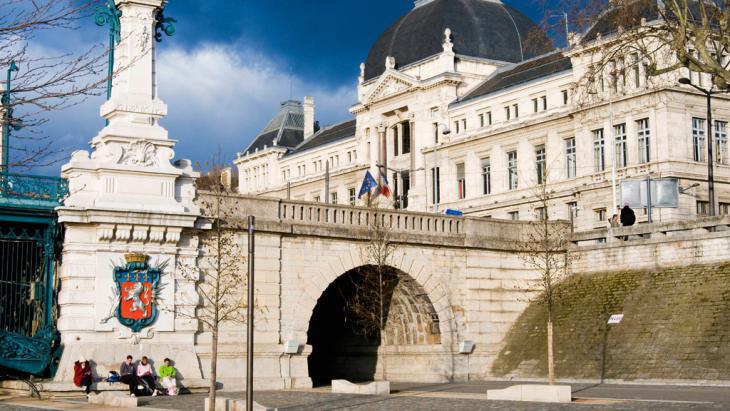 Tolerance and religious freedom in France

The French government wants to send imams and non-Muslim civil servants to classes in secularism and religious freedom in an attempt to prevent home-grown extremism and promote tolerance. Elizabeth Bryant reports from Lyon on a programme that is paving the way

Sunlight slants across a classroom at the Catholic University of Lyon, where the Bible dominates a recent lecture. The subject may seem unsurprising in this ancient city, which was once a bastion of French Catholicism, but the dozen or so people jotting down notes are not theology students. One young woman wears a headscarf. A man sports the beard of a devout Muslim. Others are non-Muslim civil servants working for the local government.

All are enrolled in a programme on secularism and religious freedom that is jointly run by two Lyon universities and the city's Grand Mosque. They're the unlikely foot soldiers of a national campaign for greater religious tolerance that seeks to help shape a moderate, Western-oriented "Islam a la Francaise."

The drive has taken on new urgency since January's terrorist attacks in Paris and the departure of hundreds of French youths to join jihadist movements in the Middle East. The Socialist government has responded with a raft of new measures to fight home-grown extremism. Among them: plans to enrol hundreds of imams and other key Muslim figures in civics training programmes and to make them mandatory for chaplains working in prisons and the military.

But Lyon's programme has broader ambitions, as it reaches out to include government officials in the training. "If things are going to change, they need to change in all directions," says Michel Younes, co-director of the initiative at Lyon's Catholic University. "That means not only training imams about secularity, but also civil servants, because the subject of religion in public spaces has almost become a taboo."

"Living together has to be more than an idea," he adds. "It's being able to be together, think together, exchange ideas together." 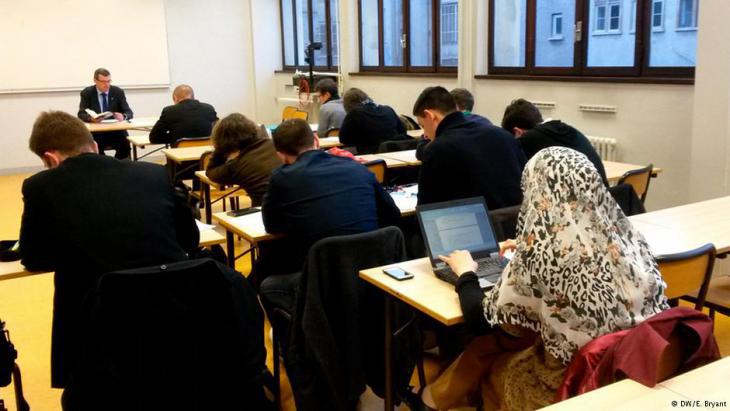 A lesson in secularism and religious freedom at the University of Lyon. According to Elizabeth Bryant, "the 24-week programme includes classes on law, religion and how French principles of secularity are applied to daily life"

France has always had an uneasy relationship with Islam, the country's second biggest religion. Clashes over issues like the wearing of headscarves in public schools – which is now banned – to Halal butchering practices and religious burial grounds have deepened divisions and misunderstandings between the state and the five million-strong Muslim community.

It doesn't help that many imams are foreigners; few French Muslims are interested in a job that is so poorly paid. So the clerics are imported from North Africa and Turkey, countries that often finance their salaries and even the construction of the French mosques they preach from. Many only have a sketchy idea of the country's laws and customs. Some cannot even speak French.

"These imported imams are not efficient," says Hacene Taibi, who heads the Muslim teaching institute at Lyon's Great Mosque and helps run the civics training programme. The mosque's own imam, who is Tunisian, now says prayers in both Arabic and French. "Sometimes the faithful here won't even accept imams who don't preach in French," Taibi says. "This training programme helps them understand how this country functions."

The 24-week programme includes classes on law, religion and how French principles of secularity are applied to daily life. The students visit churches, mosques and synagogues. At the end of the training, they receive certificates in the "Understanding of Secularity." Since it began in 2012, it has trained dozens of imams and other key Muslim figures.

They include Koranic teachers like Baian, who declined to give her last name for privacy reasons. "I was asked to take this programme so I could speak to others about secularism," she says. "Here in France, we have to all live together." 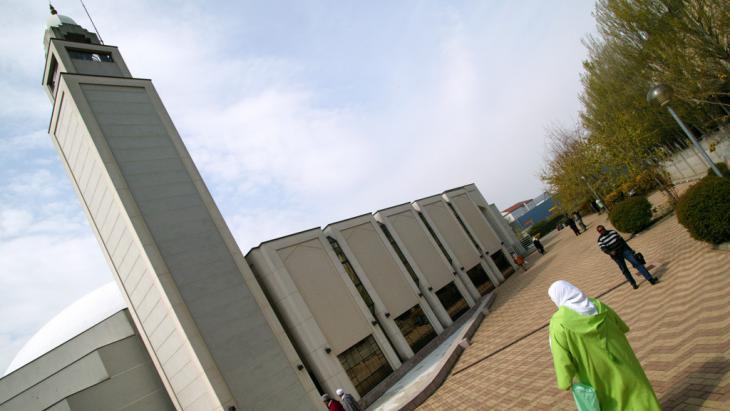 In dialogue: two Lyon universities and the city's Grand Mosque are running a programme on secularism and religious freedom. It is part of a national campaign to promote greater religious tolerance across the country

Karim Ghanemi, vice president of a local mosque association, said he was surprised to learn that laws governing secularism also granted space for religious expression – a realisation that could help counter the pull of radical Islam. "Muslims here feel oppressed, when in fact freedom to worship exists," he says. "It helps remove prejudice and misunderstanding."

French authorities are not just worried about cultural misunderstandings. The number of mosques controlled by fundamentalist Salafi preachers has doubled from 44 to 89 over the past four years, according to a recent article in "Le Figaro" newspaper, which cites government statistics. France has also expelled a number of radical imams over the years.

But Muslim leaders argue that the majority of imams and other influential figures are working in exactly the opposite direction."Go to Friday prayers, everyone speaks out against extremism," says Taibi, of the Lyon mosque. "We do the same work with our teaching programmes in the mosque."

Whether they can influence a new generation of French, who are becoming radicalised on the Internet, is a matter of debate. And it ultimately raises questions about the limits of the civics training.

"These people are very far from the mosque," says Tareq Oubrou, rector of the Bordeaux mosque, referring to the new Islamists. "They don't have beards, they don't wear hijabs, they don't even do their five prayers regularly. They're just delinquents. You can't expect imams to resolve problems created by society." 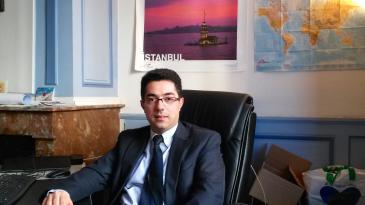 "If things are going to change, they need to change in all directions. That means not only training imams about secularity, but also civil servants," says Michel Younes, co-director of the initiative at Lyon's Catholic University (pictured here)

But other observers believe any action by the government is better than none at all. "Because public opinion will never forgive it for not trying to save these children," said criminologist Alain Bauer. "Nor will the parents who find their kids have left a small Post-it on the fridge saying, 'I'm going to jihad, and I'm happy and I love you.' Because that's what's happening at the moment."

Younes of the Catholic University acknowledges the limits of the training in fighting extremism. "But we have to start somewhere," he said. "As more Muslims are trained, they can spread another message. That's what's important: to introduce diversity and debate. Without that, we can't confront radicalism on the net."

Still, the Lyon programme appears to be meeting another key objective. At the Bible class, student Laurent Jacquelin, a senior official for the regional prefecture, described shared meals and conversations with his Muslim classmates. "It's a chance to strengthen what brings us together, our mutual humanity," he says. "And that helps build mutual respect."

Home
Print
Newsletter
More on this topic
Book review: Victoria Schneider's "Are you Charlie?": A deeply divided countryMuslims and the Paris attacks: European Muslims must speak as oneInterview with Turkish sociologist Nilufer Gole: "There is a collective will to live together"France after the attack on "Charlie Hebdo": Much more is at stake than press freedomMuslims and the Paris attacks: "I distance myself from these murderers – not as a Muslim, but as a human being"
Related Topics
Democracy and civil society, Dialogue of Religions, Education, Enlightenment, European Islam, Jihadism | Jihadists, Muslims in the West, Salafis | Salafism
All Topics

With "Assad or We Burn the Country", Sam Dagher has furnished the world with some genuine ammunition against the Syrian regime's on-going campaign of disinformation. The only ... END_OF_DOCUMENT_TOKEN_TO_BE_REPLACED

Islamist attacks such as those that took place in Paris this last autumn evidence a new kind of perpetrator. In place of individual terror organisations, networks appear to have ... END_OF_DOCUMENT_TOKEN_TO_BE_REPLACED

Decades of oil exports have completely destabilised culture and politics in the Middle East. Speaking with Lena Bopp, the renowned writer Amin Maalouf says that the distorted ... END_OF_DOCUMENT_TOKEN_TO_BE_REPLACED

France is locked in a row over Islam, Islamophobia and the headscarf. But one key voice is almost completely missing from the debate – that of the women who wear the veil. By ... END_OF_DOCUMENT_TOKEN_TO_BE_REPLACED

The EU's relationship with the Moroccan government reinforces the political status quo at a time when a growing number of Moroccans appear to want change. By Chloe Teevan END_OF_DOCUMENT_TOKEN_TO_BE_REPLACED
Author:
Elisabeth Bryant
Date:
Mail:
Send via mail