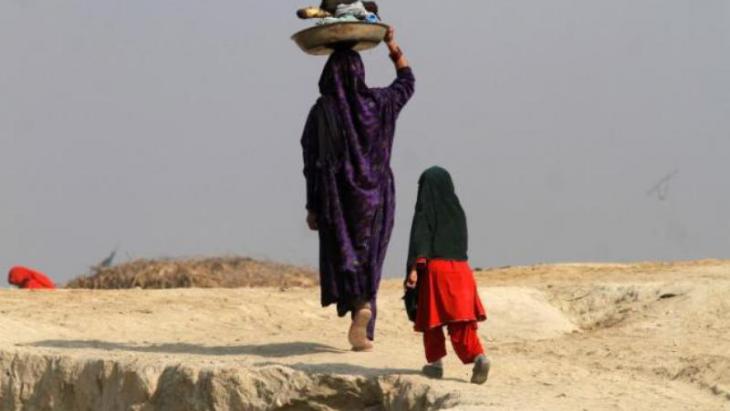 A powerful Pakistani religious body that advises the government on the compatibility of laws with Islam has declared a new law that criminalises violence against women to be "un-Islamic".

The Women's Protection Act, passed by Punjabi legislators last week, gives unprecedented legal protection to women from domestic, psychological and sexual violence. It also calls for the creation of a toll-free hotline and the establishment of women's shelters.

Since its passage, many conservative clerics and religious leaders have denounced the law as being in conflict with the Koran, as well as Pakistan's constitution.

"The whole law is wrong," Muhammad Khan Sherani, the head of the Council of Islamic Ideology said at a news conference, citing verses from the Koran to point out that the law was "un-Islamic."

The new law establishes district-level panels to investigate reports of abuse, mandating the use of GPS bracelets to keep track of offenders. It also sets punishments of up to a year in jail for violators of court orders related to domestic violence, with that period rising to two years for repeat offenders.

Fazlur Rehman, the chief of one of Pakistan's largest religious parties, the Jamiat-i-Ulema Islam, said the law was in conflict with both Islam and the constitution of Pakistan.

"This law is an attempt to make Pakistan a Western colony again," he told journalists.

In 2013, more than 5,800 cases of violence against women were reported in Punjab alone. Those cases represented 74 percent of the national total that year, the latest for which data is available.    (Reuters)

After a period of relative calm, the conflict in Syria is reigniting the tensions between Sunni and Shia Muslims in Pakistan: groups from both sects are involved in the clashes in ... END_OF_DOCUMENT_TOKEN_TO_BE_REPLACED

Fanna-fi-Allah is the West's most renowned Qawwali ensemble. It stands out not only for its strong stage presence, but also for its commitment to preserving the centuries-old ... END_OF_DOCUMENT_TOKEN_TO_BE_REPLACED

Tents, mud and cold: refugees contend with miserable conditions in Bosnia & Herzegovina. With the European Union demanding that Bosnia accommodate the asylum-seekers, its ... END_OF_DOCUMENT_TOKEN_TO_BE_REPLACED 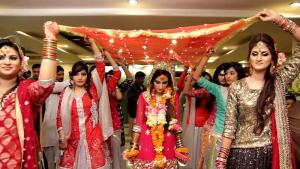 Young people in many developing countries are not systematically taught about reproductive health and the psychology of intimacy. It is harmful to keep all things sexual shrouded ... END_OF_DOCUMENT_TOKEN_TO_BE_REPLACED

You might expect the advent of a long, bleak winter to bring everything to a standstill in Kashmir, but thanks to ingenious portable earthenware heating pots – kangdi – encased in ... END_OF_DOCUMENT_TOKEN_TO_BE_REPLACED

In the early years of the new millennium, Pakistan's leaders were keen to promote the Barelvi movement as the embodiment of traditional, peaceful, Pakistani Islam. In recent years ... END_OF_DOCUMENT_TOKEN_TO_BE_REPLACED
Date:
Mail:
Send via mail

END_OF_DOCUMENT_TOKEN_TO_BE_REPLACED
Social media
and networks
Subscribe to our
newsletter