For generations the fishermen in northern Iran have depended on the abundance of the Caspian Sea, catching caviar-producing sturgeon, minoga, kutum and tyulka. Yet in 2016, their haul was the lowest in 20 years. Water pollution, illegal fishing, oil extraction and the construction of dams are all taking their toll. By Changiz M. Varzi 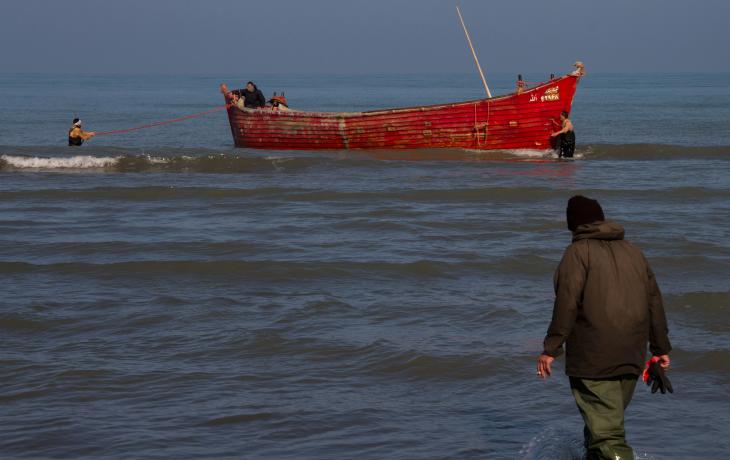 October marks the beginning of the seven-month bony fish season when over Iranian 10,000 fishermen brave the cold water and unforgiving Siberian High to fish Caspian kutum, using traditional ″pareh″ or beach seine nets. Kargar Co-operative in Farhabad, about 350 kilometres from the capital Tehran, is one of 122 active fishing co-operatives in northern Iran 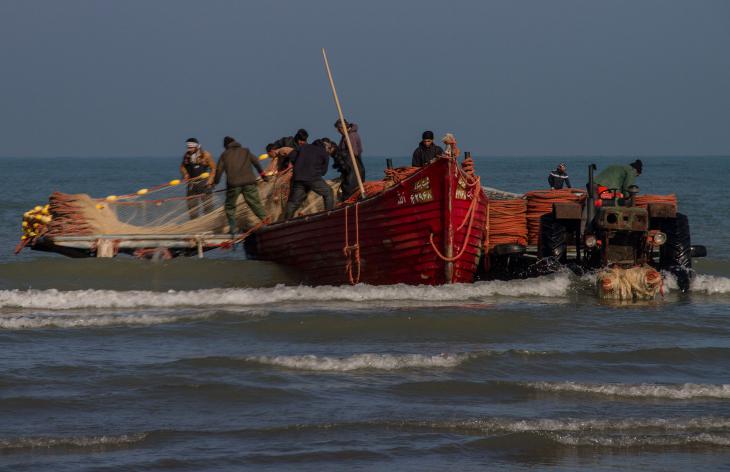 When the water temperature drops, fishermen set their net only two times per day: around noon and before dusk 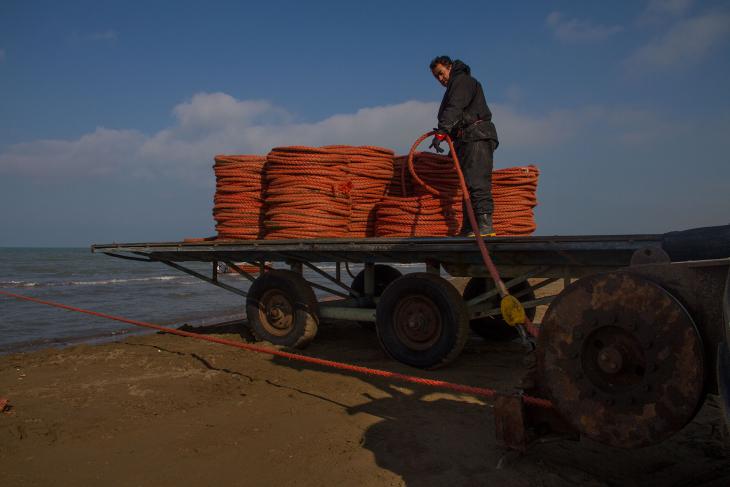 Two small boats set the net in the sea in a loop shape and then the process of pulling out the net begins. A tractor pulls out the net – it takes about two hours for Mojtaba Keshavarz to coil up the wet and heavy rope 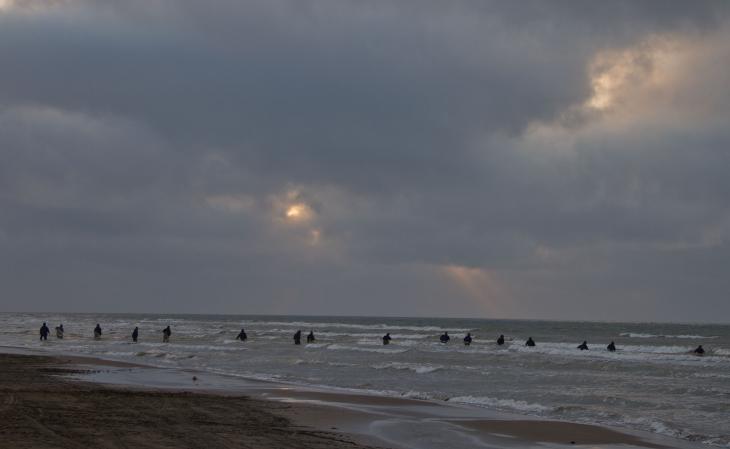 When the net gets closer to the coast, the members of the co-operative put on long plastic overalls, wade into the freezing water and prepare to drag out and empty the net 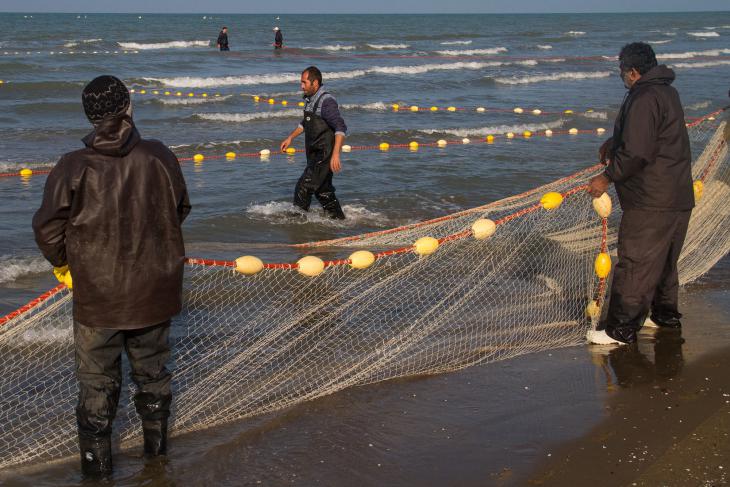 Eighty six fishermen are permanent members of Kargar co-operative. Every season they are joined by about 20 labourers from Turkish provinces bordering Iran. They are mostly farmers whose lands are covered by the snow during the winter 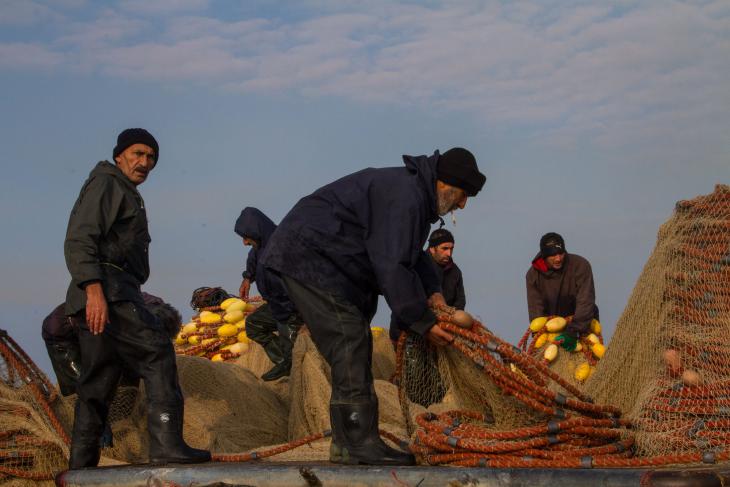 While Iranians still use the fishing techniques of their forefathers, the other four countries around the Caspian Sea – Russia, Azerbaijan, Turkmenistan and Kazakhstan – use commercial methods and fishing vessels 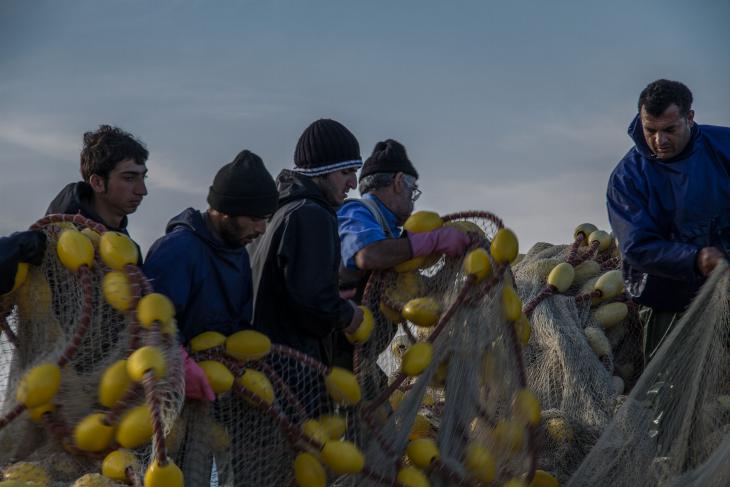 The co-operative is made up of workers of all ages. The younger ones work closely with experienced fishermen to learn how to gather in the net – their most precious commodity 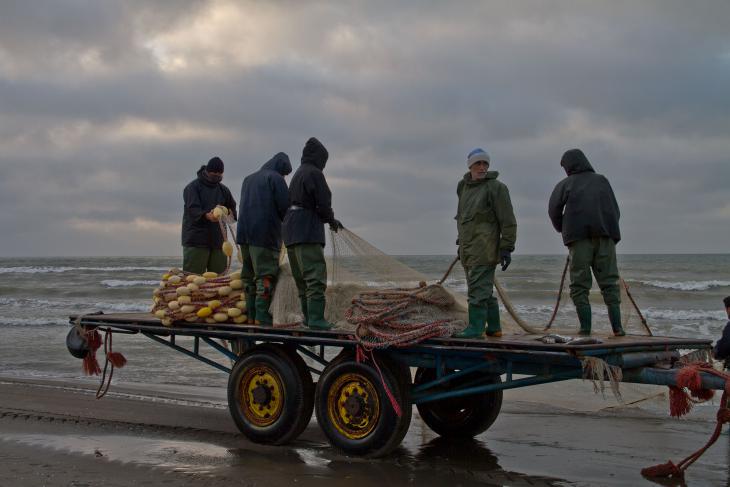 The south coast of the Caspian Sea has mild weather, nonetheless in winter the weather can change rapidly and the temperature may drop to just above zero degrees 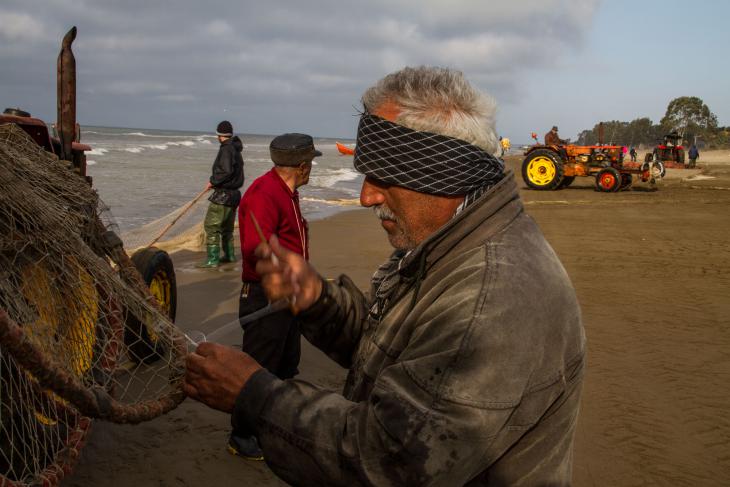 Abbas Gholi Taghizadeh is one of the oldest members of the co-operative. Fishing has been his livelihood since 1967. He checks the net for damage and repairs it after every catch 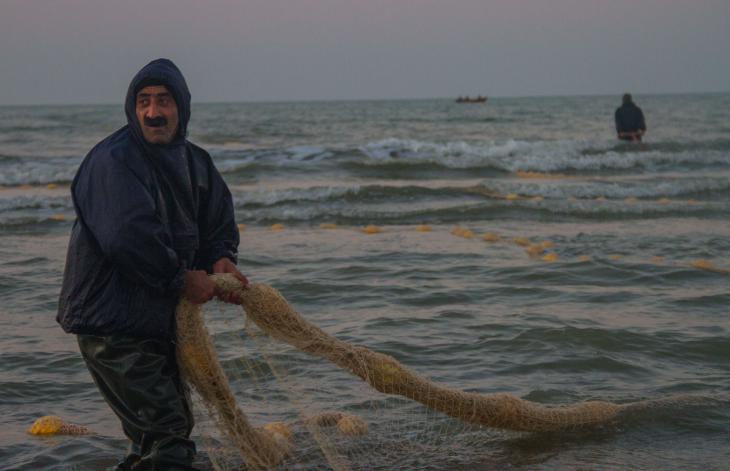 Mohammad Alamzad has been fishing for 25 years. He says that they used to catch over two tonnes a day, but now their daily catch hardly exceeds half a tonne 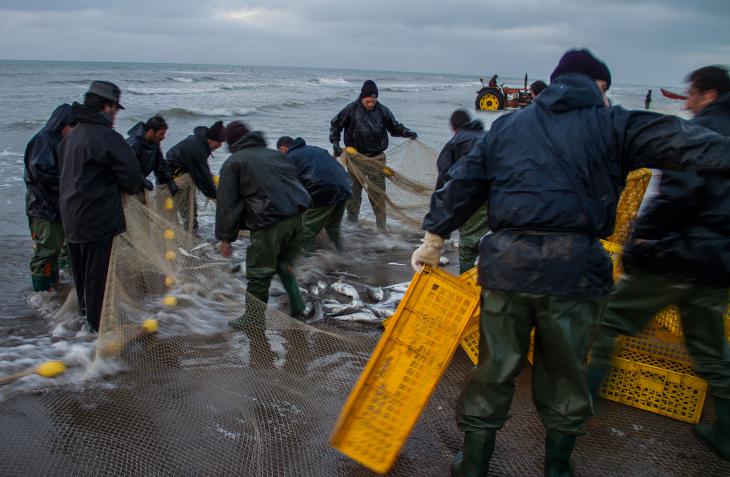 In 2014, in response to environmentalists′ concerns, the authorities proposed reducing the number of co-operatives to protect fish stocks. The plan was subsequently dropped owing to budget cuts 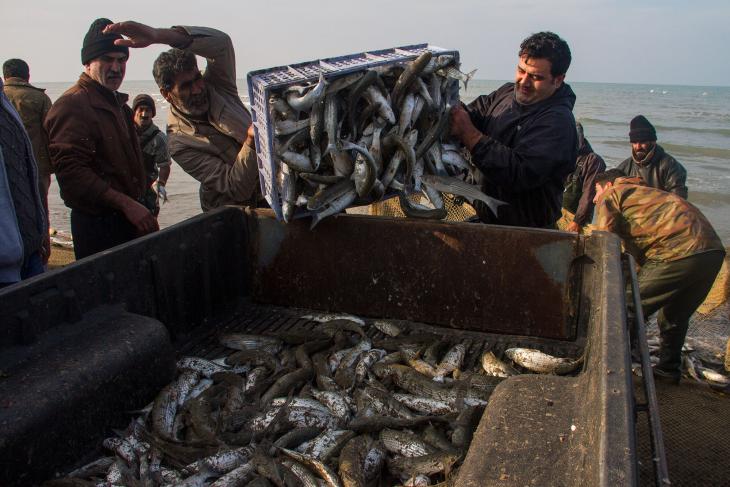 According to the United Nations′ Food and Agricultural Organisation (FAO), the catch of Caspian kutum decreased from 1,250 tonnes in the 1950s to just 210 tonnes per annum in the 1990s

END_OF_DOCUMENT_TOKEN_TO_BE_REPLACED
Social media
and networks
Subscribe to our
newsletter