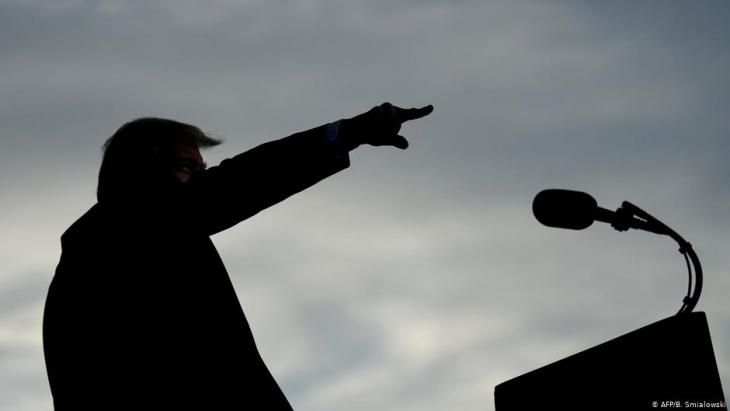 Forty years after the revolution that ousted the Shah, Iran’s unique political-religious system and government appears strong enough to withstand U.S. pressure and to ride out the country's current economic difficulties. So how should the U.S. minimise the risks to the region posed by the regime? By Richard N. Haass

U.S. President Donald Trumpʹs administration has singled out Iran – even more than Russia, China, or North Korea – with sustained pressure over the past two and a half years.

The United States has withdrawn from the 2015 nuclear deal (the Joint Comprehensive Plan of Action, or JCPOA), designated an arm of Iran’s military (the Islamic Revolutionary Guard Corps) as a foreign terrorist organisation, imposed economic sanctions against nearly one thousand individuals and entities and taken steps to make it extremely difficult for Iran to sell its oil.

U.S. policy is working, in the sense that most countries (including those that disagree with Trump’s policy) have judged it better to maintain trade and investment ties with the U.S. than with Iran. Iran’s oil exports are down sharply and its economic isolation is real and growing.

The economy contracted some 4% in 2018 and is projected to shrink as much as another 6% this year. The currency is plummeting. There are reports of price spikes, shortages of food and medicine, and reduced financial transfers to Hezbollah and various militias central to Iran’s attempts to exert influence around the region.

What is driving the U.S. administration?

But if the pressure is clear, its purpose is not. Many in the Trump administration appear to favour regime change. But this is unlikely to happen. Forty years after the revolution that ousted the Shah, Iran’s unique political-religious system and government appears strong enough to withstand U.S. pressure and to ride out the economic difficulties. 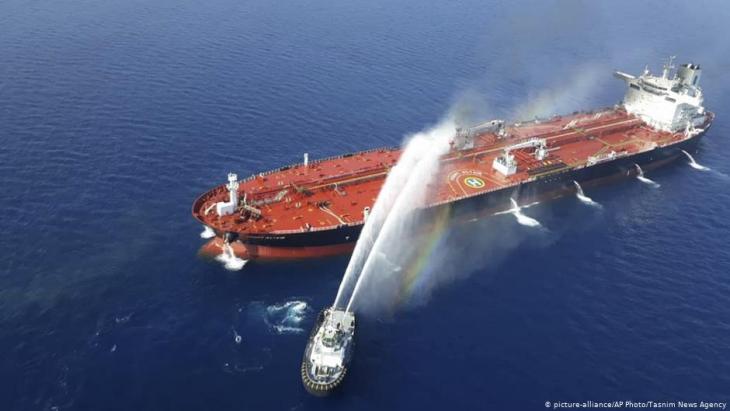 The escalation game: two oil tankers near the strategic Strait of Hormuz came under a suspected attack on 13 June 2019, setting one of them ablaze. Iran countered U.S. allegations surrounding the incident by downing an American military drone, claiming it had entered Iranian airspace. Plans to retaliate with airstrikes were dropped by the Americans at the eleventh hour, the U.S. deciding instead to launch cyber attacks aimed at crippling the Islamic Republicʹs defensive systems. As Richard N. Haass writes, maybe it is time for Trump to explore diplomacy

A more likely outcome is that U.S. economic warfare will lead to actual warfare. Iran has made it clear that it will not just absorb pain; it will mete it out as well. Iran was almost certainly involved in recent attacks on oil tankers in the Gulf of Oman and drone strikes on a Saudi airport launched by Yemen’s Houthis.

Iran’s government also has announced its intention to break out gradually from the nuclear constraints imposed by the JCPOA. According to the International Atomic Energy Agency, Iran is slowly increasing its production of nuclear fuel. The country also appears determined to bring the level of its uranium enrichment closer to weapons grade.

All this raises the risk of a costly conflict between Iran and one or more of its neighbours or the United States. Such a conflict would almost certainly escalate and spread, leaving the U.S., Israel and Iran worse off.

Even in times of war and pandemic, refugees are still being deported to Afghanistan. Several deportation flights have taken place in recent weeks alone. Since those affected often ... END_OF_DOCUMENT_TOKEN_TO_BE_REPLACED

Surging coronavirus cases in many parts of the world have overshadowed the start of this year's Muslim holy month of Ramadan, with festivities once again curtailed by contagion ... END_OF_DOCUMENT_TOKEN_TO_BE_REPLACED

German Middle East analyst Guido Steinberg and television journalist Ulrich Tilgner have both published new books on the conflicts in the Middle East. Their analyses and their ... END_OF_DOCUMENT_TOKEN_TO_BE_REPLACED

On 27 March, Iran and China signed a 25-year accord intended to foster "strategic co-operation". Despite ongoing uncertainty over the deal's actual scope, content and chances of ... END_OF_DOCUMENT_TOKEN_TO_BE_REPLACED

END_OF_DOCUMENT_TOKEN_TO_BE_REPLACED
Social media
and networks
Subscribe to our
newsletter