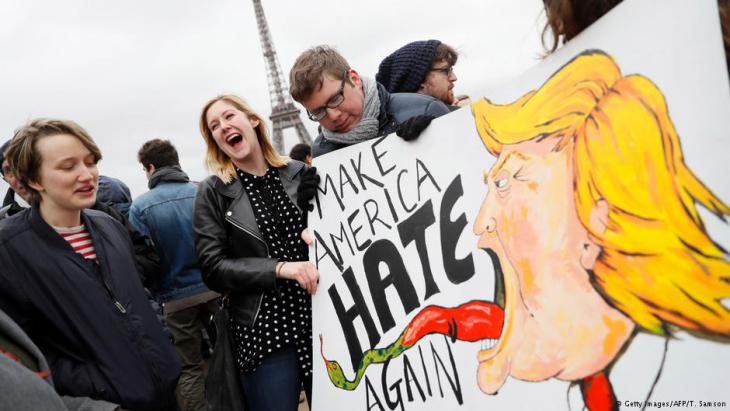 By antagonising and humiliating the world′s Muslim population, the new US administration is playing into the hands of the terrorists. In his essay Ian Buruma examines the likely impact of ′a global war on Islam′ on the powder keg that is the Middle East and Africa

Those who have been telling us that Islam, not just revolutionary Islamism, is a lethal threat to Western civilisation should now feel satisfied: the President of the United States and his main advisers, agree with them. In the tweeted words of Donald Trump′s national security adviser, General Mike Flynn: ″Fear of Muslims is rational.″ Stephen Bannon, the former executive chairman of the alt-right Breitbart News who is Trump′s chief political strategist and a member of the National Security Council, has stated that the ″Judeo-Christian″ West is engaged in a global war with Islam.

Trump has promised to put ″America first″, borrowing the slogan of American isolationists in the 1930s, whose most famous spokesman, the aviator Charles Lindbergh, was a notorious anti-Semite who blamed Jews and liberals for pulling the US into a war with Hitler, a man whom he admired. Lindbergh believed that, ″We can have peace and security only so long…as we guard ourselves against attack by foreign armies and dilution by foreign races.″

″America first″ has racism in its DNA

So ″America first″ has racism in its DNA. Are the views concerning Islam that are now entrenched in the White House in any way similar to the anti-Semitism of the 1930s? Have Bannon, Flynn and Trump simply updated old prejudices and replaced one set of Semites with another?

Perhaps they were not even replaced. Trump′s failure to mention Jews or anti-Semitism in his statement on Holocaust Remembrance Day seemed distinctly odd. And his campaign′s warning against prominent Jews, such as George Soros, who were claimed to be part of a global conspiracy to undermine America, did not go unnoticed. 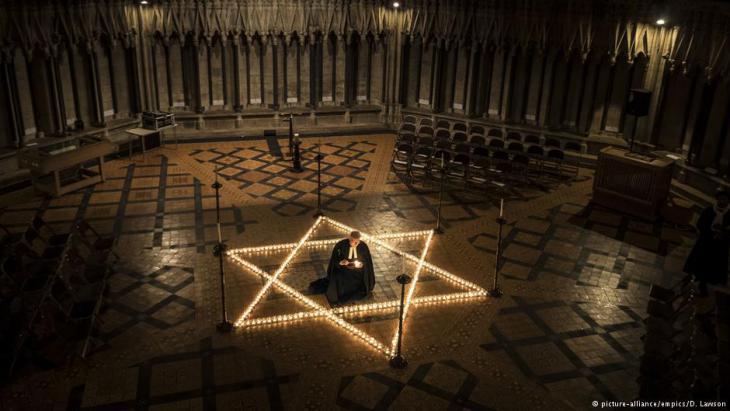 Fostering a new kind of anti-semitism: "Trump′s failure to mention Jews or anti-Semitism in his statement on Holocaust Remembrance Day seemed distinctly odd. And his campaign′s warning against prominent Jews, such as George Soros, who were claimed to be part of a global conspiracy to undermine America, did not go unnoticed," writes Ian Buruma

Still, there are some obvious differences between the 1930s and our time. There was no revolutionary movement among Jews then, committing atrocities in the name of their faith. Nor were there any states with Jewish majorities that were hostile to the West.

But the similarities between anti-Semitism then and now are glaring. One chilling give-away is the use of biological language in the perception of the enemy. Hitler spoke of Jews as a toxic ″racial germ″.

The title of one widely distributed Nazi pamphlet was ″The Jew as World Parasite″. Frank Gaffney, an influential figure in Trump′s ethnic nationalist circles, spoke of Muslims as ″termites″, who ″hollow out the structure of the civil society and other institutions.″

Once human beings are categorised as parasites, germs, or noxious termites, the conclusion that they must be destroyed to defend social health is not far off. 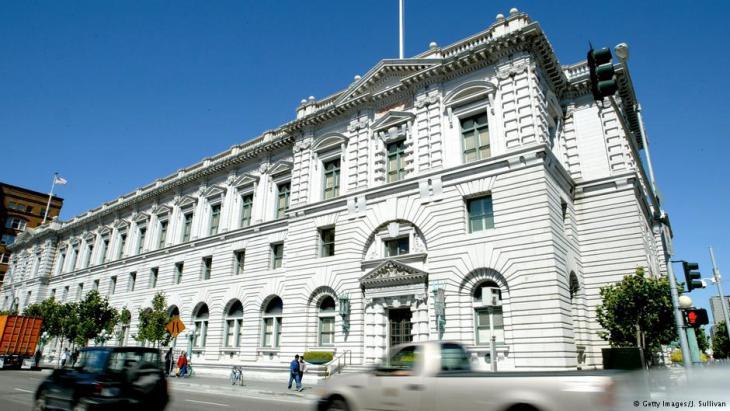 Trump′s travel ban overturned: the executive order issued by US President Donald Trump preventing citizens of seven predominantly Islamic countries from entering the USA remains invalid. The State Court of Appeals in San Francisco rejected the immediate reintroduction of the decree, representing a serious legal defeat for Trump. The US president was furious and announced his intention to take his appeal to the next level. The ruling was, however, widely welcomed by the political establishment and the general public

There may be another difference, however, between the persecution of Jews and contemporary hostility to Muslims. Prewar anti-Semitism was directed not just at religious Jews, but also – and perhaps especially – at assimilated Jews, who were no longer easy to identify in any way as distinct. Prejudice against Muslims would appear to be less racial and more cultural and religious.

But even this difference might be more apparent than real. Nineteenth- and twentieth- century anti-Semites assumed that a Jew was always a Jew, no matter what he or she professed to believe. Jews would always be loyal to their own kind. Judaism was seen not as a spiritual faith, but as a political culture, which was by definition incompatible with Western civilisation and its institutions. This culture was in the blood of the Jews. To defend it, Jews would always lie to Gentiles.

These views long preceded the Nazis. In fact, they were the reasons why the learned authors of independent Norway′s first constitution, drafted in 1814, prohibited Jews from becoming citizens. The case for exclusion was based on a defence of Enlightenment principles: Jewish culture and beliefs would inevitably undermine Norway′s liberal democracy.

The myth of a ″subversive kind of jihad″

Today′s enemies of Islam often use precisely this argument: Muslims lie to infidels. Their religion is not spiritual, but political. They might look moderate, but that is a lie. What we must fear, in Gaffney′s words, is ″this stealthy, subversive kind of jihad.″ 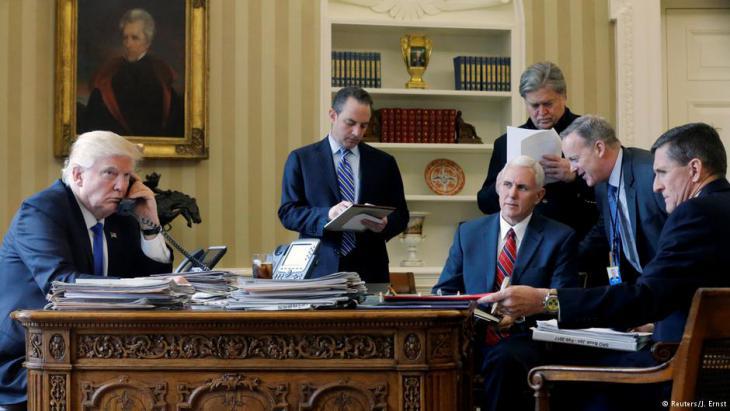 A global war against Islam: "whether Trump′s crusaders are lighting fires without quite knowing what they are doing, or whether they might actually wish for a conflagration, is not yet clear. Crass ignorance cannot be underestimated in these circles. But it is perhaps not too cynical to imagine that Trump′s ideologues do wish to see blood," writes Ian Buruma

But even if the underlying fears and prejudices about Muslim and Jewish conspiracies are similar, the consequences are likely to be quite different. Jews, alleged by the Nazis to pose an existential threat to Germany, could be persecuted – and later murdered en masse – with total impunity. Apart from a few small desperate rebellions, there was no way for Jews to resist Nazi power.

The brutal violence of revolutionary Islamism, on the other hand, cannot be dismissed. Acts of Islamist terror in Western countries can be prevented only through good intelligence and police work, particularly in Muslim communities. But if all Muslims are antagonised and humiliated, terrorism will become a great deal worse. And what a ″global war on Islam″ will do to the highly combustible politics in the Middle East and Africa can easily be guessed.

In that case, the ″clash of civilisations″ that exists in the minds of Islamist terrorists, as well as some of their most ardent enemies, would no longer be a fantasy; it could actually come to pass.

Whether Trump′s crusaders are lighting fires without quite knowing what they are doing, or whether they might actually wish for a conflagration, is not yet clear. Crass ignorance cannot be underestimated in these circles. But it is perhaps not too cynical to imagine that Trump′s ideologues do wish to see blood. Islamist violence will be met by emergency laws, state-sanctioned torture and limits on civil rights – in a word, authoritarianism.

This might be what Trump wants. But it certainly is not the outcome that most Americans, including some of those who voted for him, would wish for.

Ian Buruma is Professor of Democracy, Human Rights, and Journalism at Bard College. He is the author of numerous books, including Murder in Amsterdam: The Death of Theo Van Gogh and the Limits of Tolerance and Year Zero: A History of 1945.

The devaluation of the Egyptian pound combined with rising food prices is taking its toll on Egypt. More and more people are slipping into poverty. Karim El-Gawhary reports from ... END_OF_DOCUMENT_TOKEN_TO_BE_REPLACED

Since returning to power in Afghanistan, the Taliban have steadily eroded the rights and opportunities of women and girls, particularly their access to education. But Afghans are ... END_OF_DOCUMENT_TOKEN_TO_BE_REPLACED

Any reconciliation between Turkey and Syria’s Assad regime would have disastrous consequences for many Syrians, explains Syria expert Kristin Helberg END_OF_DOCUMENT_TOKEN_TO_BE_REPLACED

Chinese President Xi Jinping's visit to Saudi Arabia in December 2022 may have rattled Washington, but it simply highlighted the Arabs’ desire to diversify their foreign relations ... END_OF_DOCUMENT_TOKEN_TO_BE_REPLACED

There are signs of an imminent normalisation of relations between Turkey and Syria. This would allow Erdogan to score political points domestically before the upcoming elections ... END_OF_DOCUMENT_TOKEN_TO_BE_REPLACED

Recent efforts to rehabilitate Assad are setting a damaging precedent for accountability, just as the international community is expressing the need to hold Russia to account for ... END_OF_DOCUMENT_TOKEN_TO_BE_REPLACED

Comments for this article: Lighting the touch paper

END_OF_DOCUMENT_TOKEN_TO_BE_REPLACED
Social media
and networks
Subscribe to our
newsletter