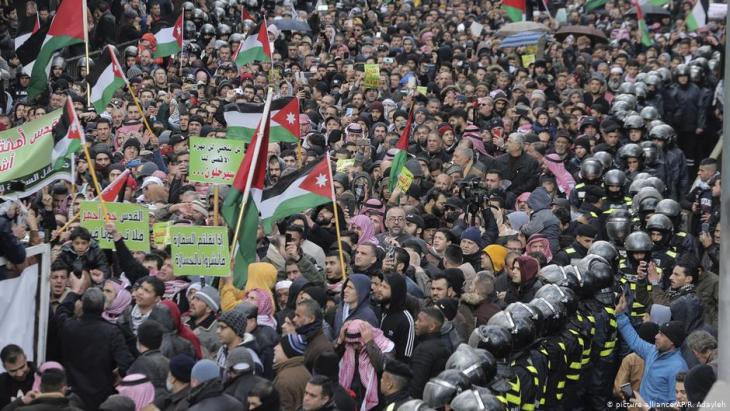 Jordan is not only waging a vigorous battle against coronavirus, but also against the Middle East peace plan proposed by U.S. President Donald Trump. By Birgit Svensson

"It was just wonderful to be outside again for one evening," said a happy Susanne Brunner on the phone from Amman. She’d been out reporting in the city first, then she’d sat in a garden and had dinner with friends. "We hadn’t been allowed out for the evening since March, we were on total lockdown," the Middle East correspondent for Swiss national radio and television confirmed.

But the freedom didn’t last long. The three million residents of the Jordanian capital were only allowed to leave their homes on two evenings, to shop for the upcoming public holidays at the end of Ramadan and see friends and family. As the Sugar Feast began and went on for three days, they were again confined to their homes.

"The result," said Susanne Brunner, "was that on the Wednesday and Thursday before Eid ul-Fitr, nobody stayed at home, the city looked as though the festival was already on, with crowds of people everywhere." As a result, the following joke is now doing the rounds in Amman: how do you cultivate coronavirus? You let people out for two days and then allow them to incubate the virus for three days at home.

Most stringent lockdown in the region

The Middle East correspondent for Swiss national radio and television has now been stranded in the Jordanian capital for nine weeks. No one is allowed to leave, no one can enter. Jordan is registering the most stringent lockdown of the entire region. Literally from one hour to the next, everything was shut down on 16 March.

Ms Brunner had just returned from reporting in Israel, when tanks rolled into Amman and sealed everything off. All access roads to the rest of the country have been blocked off ever since; only goods shipments are allowed to pass as well as people with special authorisation. As justification for the measure, army spokesman Brigadier General Mukhles al-Mufleh said it would prevent the spread of the virus in this nation of 10 million. 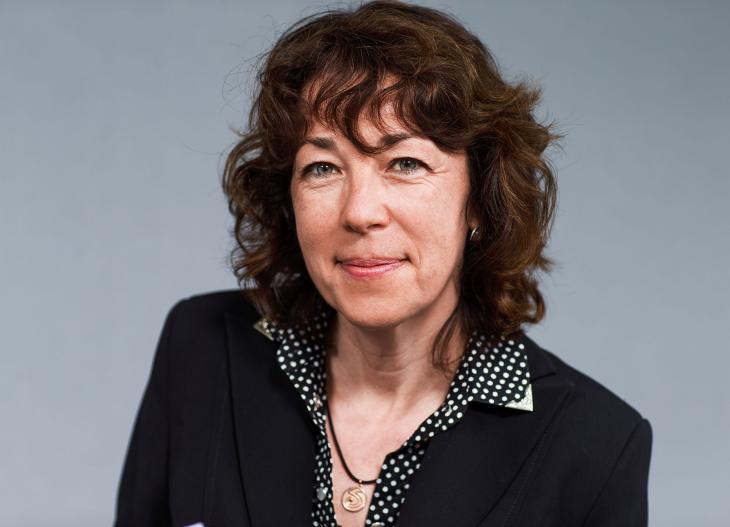 Draconian measures to contain coronavirus in Jordan: "We hadn’t been allowed out for the evening since March, we were on total lockdown,” reports Susanne Brunner, Middle East correspondent for Swiss national radio and television

And King Abdullah gave his prime minister far-reaching powers to ruthlessly tackle COVID-19. Jordan closed its overland borders with Egypt, Israel and Iraq and suspended all air travel. Anyone still entering the country must spend 17 days quarantined in hotels provided by the government and cannot leave during this period.

Others are allowed to go shopping during the day, but a total curfew is imposed at night. As early as mid-March, Jordan halted the publication of all newspapers; journalists reporting on the strict measures are unwelcome.

Anyone criticising the excessive nature of the measures must reckon with some kind of repression. But with 700 infections and nine corona deaths (as of 22 May), Jordan is in a good position. The government in Amman views this as the successful result of their rigorous crackdown.

Bringing the virus under control quickly

King Abdullah defended the stringent measures in an interview with the U.S. broadcaster CBS: "This is the only way we can quickly bring the virus under control," he said. There have been no new infections in recent days. "We will now re-open slowly," said the King.

Jordan is the nation with the most refugees in the region. Palestinians, Iraqis and Syrians: all have found refuge in the small nation on the River Jordan. Of the population of 10 million, more than half are of Palestinian origin. Then there are three million refugees from Iraq and primarily Syria. 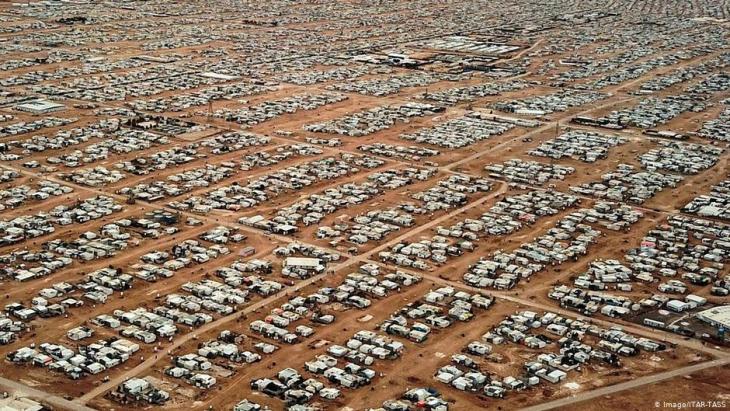 Fear of the corona pandemic in the world's second largest refugee camp: the fear the fear that coronavirus will break out there and proliferate is omnipresent. At the same time, just 20 percent of refugees in Jordan live in camps. “The rest live among us,” said Jordan's King Abdullah II

The largest Syrian refugee camp in the north, Zaatari, is also the second largest refugee camp in the world with 80,000 residents. For this reason, the fear that corona will break out there and proliferate is omnipresent. At the same time, just 20 per cent of refugees in Jordan live in camps. "The rest live among us," said the King. They receive the same education and health care as all other residents of the country. "That is a huge challenge," he added.

The huge cost of standstill

The economic situation is difficult. Tourism had just begun to gather momentum. It is first and foremost European visitors who appreciate the historically-symbolic, Biblical nation and had been travelling in greater numbers to key places such as Petra and the site where Jesus was baptised on the River Jordan.

Then came coronavirus. The standstill is now draining Jordan of the last of its reserves – which were in any case not abundant. The police and military are now distributing food and medication in residential areas. After the U.S., Germany is the second-largest donor to Jordan and intends to remain so, according to assurances from Foreign Minister Heiko Maas. Jordan is reliant on foreign aid more than ever before. 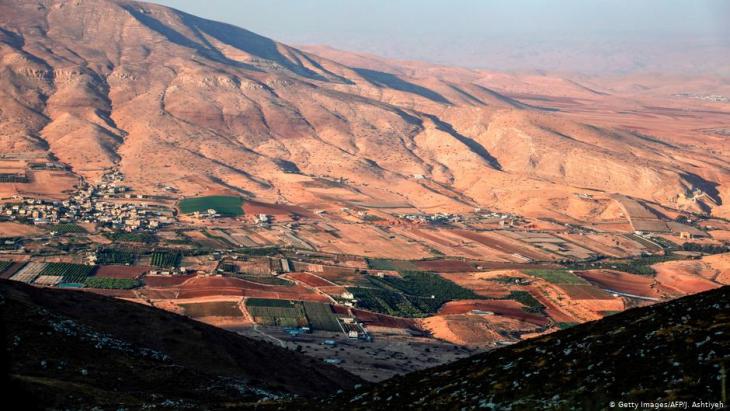 Jordan's categorical "no" to the Middle East plan: according to Trump's expectations, the USA would be prepared to immediately recognise Israel's annexation of the territory of all existing Jewish settlements on the West Bank. Washington also wants to recognise Israel's sovereignty over the Jordan Valley on the border with Jordan. According to U.S. figures, a total of around 30 percent of the West Bank would become part of the Israeli state

As if fighting the pandemic is not taking enough of a toll on the Kingdom, the Israeli parliament has now announced imminent plans to debate the Trump administration peace plan for Israelis and Palestinians – a plan that also directly affects Jordan. "In this crisis, is now really the right time for the debate over a one- or two-state solution?" was King Abdullah’s furious response to the Knesset’s announcement. The result would be the annexation of the West Bank. If this happens, Jordan is considering suspending parts of the peace treaty with Israel in place since 1994, says the monarch.

As Hassan Barari, member of the Washington Institute for Near East Policy and a seasoned expert in Israeli-Palestinian relations explains the situation to Qantara, the nation can never agree to the plan. Jordan is home to 40 percent of the world’s Palestinian refugees. Almost all of those who arrived in 1947/48, when the State of Israel was founded, now have Jordanian citizenship.

But those who fled in the course of the Six Day War in 1967 only have residence permits. And then there are another half a million Palestinians sent back from Kuwait in 1990 for allegedly supporting Saddam Hussein in his war on Iraq’s neighbour.

This is how the King’s wife Rania came to be in Jordan. Israel did not allow the "Kuwait Palestinians" to return to their homeland. They became stranded in Jordan. These refugees only had a "yellow card" with an officially legal status for the West Bank, which Israel now wants to annex in its entirety.

When the peace plan was hammered out in Washington, Barari knows that the whole team was made up solely of Jewish participants. The Americans did not consult the Palestinians or the Jordanians, although Jordan is a traditional friend of the United States. Barari’s children all attended the American school, the King studied in the U.S.. And that’s why the monarch now feels snubbed, says the political scientist who lectures in international relations at the Jordanian University in Amman.

The political survival of Jordan lies in the crosshairs of Israel and America, he says. But if the King did agree to the Trump plan, he would lose his job. "He is crucial to Jordan's identity," says Barari. If the Palestinians got their own state and the refugees returned, Jordan could also finally become its own nation.

In conclusion, Barari proposes an extraordinary and surprising solution: "I would accept an all-encompassing one-state solution: a democratic nation with Palestinians, Jordanians and Israelis."

Hamas in Gaza, the Palestinian Authority in the West Bank, and Israel: Palestinians have fewer and fewer rights, says Khaled Elgindy. The Middle East could escalate at any time. ... END_OF_DOCUMENT_TOKEN_TO_BE_REPLACED

Joe Biden promised to make democracy and human rights central to US foreign policy. But that means not insisting on Israel's right to defend itself without mentioning its ... END_OF_DOCUMENT_TOKEN_TO_BE_REPLACED

As the Biden administration attempts to promote democracy and human rights in the Middle East, it will confront the deep-seated belief among Arabs that U.S. policies are unfair to ... END_OF_DOCUMENT_TOKEN_TO_BE_REPLACED

Ben Aylon’s debut international album sees him elevate the traditional music and instruments of Senegal and Mali into a fresh contemporary setting. Seven years in the making, " ... END_OF_DOCUMENT_TOKEN_TO_BE_REPLACED

Years ago, the International Holocaust Remembrance Alliance formulated how hatred of Jews can be recognised. Now a new definition is causing controversy. By Sarah Judith Hofmann END_OF_DOCUMENT_TOKEN_TO_BE_REPLACED

When it comes to talent, Palestine may well be able to compete with other football teams in the region, but growth and development are hampered by the situation in the Palestinian ... END_OF_DOCUMENT_TOKEN_TO_BE_REPLACED
Author:
Birgit Svensson
Date:
Mail:
Send via mail

END_OF_DOCUMENT_TOKEN_TO_BE_REPLACED
Social media
and networks
Subscribe to our
newsletter