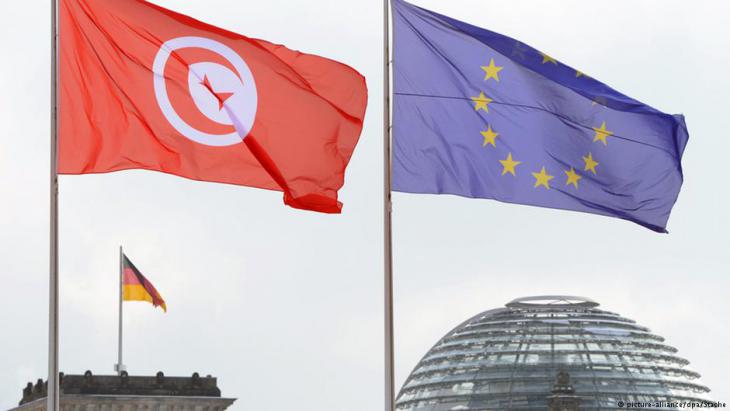 Tunisia and the EU
Bolster the young democracy!

Many Tunisians are disillusioned with the EU. Convinced that fairer trading relations with their northern neighbours is the key to reinvigorating Tunisia′s flagging economy, they are critical of Europe′s failure to engage. By Isabel Schafer

As the 2011 Arab Spring's last remaining beacon of hope, Tunisia is the only nation to have stepped onto the rocky road of a democratic transition process that continues to this day.

In the wake of Ben Ali's ousting, the North African country has reached many milestones – introducing, for example, a new constitution, free parliamentary and presidential elections, party pluralism and political freedoms; others remain works in progress, e.g. an independent constitutional court and free local authority elections, planned for May 2018.

This challenging period of upheaval was further exacerbated by a series of terror attacks in 2015 and 2016. Tunisia′s economic situation, in particular, reached crisis point and is only now beginning to recover, albeit at a very slow pace. The social situation, however, remains strained, something that is evidenced by regular outbreaks of civil unrest, most recently in January 2018. The drop in living standards witnessed since 2011 – rising prices, persistently high unemployment rates – has also impacted the nation's middle class.

The government, led by Youssef Chahed and in power since August 2016, is not only trying to get a handle on the economic and financial crisis, it has also launched a campaign to tackle widespread corruption and stem high rates of tax evasion. Many Tunisians, however, see little evidence of success in these endeavours, while being forced to accept the ongoing deterioration of their own living standards.

Meanwhile, a growing number of voices are to be heard harking back to the supposedly "good old times" under the authoritarian and corrupt Ben Ali regime. There is a sense across large sections of the civilian population, as well as the nation's political and business class, that despite having made continued, considerable sacrifices for the democratic transition process, they have not seen any "revolution returns" to date. 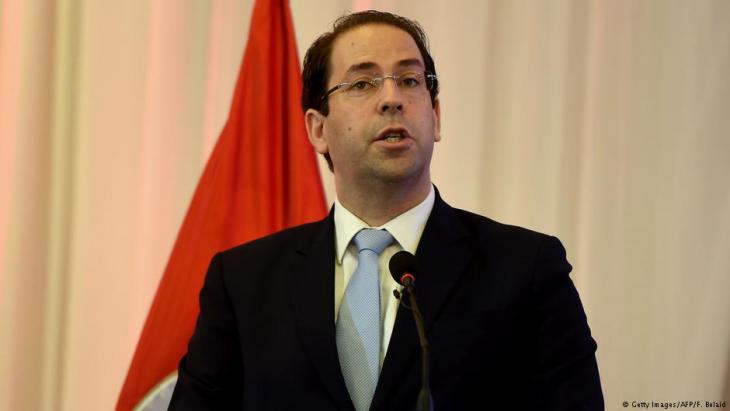 A grave political snub: that the European Union, of all organisations, chose to blacklist Tunisia as a tax haven in late 2017, was perceived by the Chahed government in particular as curt disregard for and non-recognition of its reform efforts to date. Since then, relations with Brussels have been more than tense, although on a diplomatic level, Tunisia is making every effort to limit the damage

And, in the wake of global euphoria for the "Tunisian Spring", there is also a sense that international interest in Tunisia's destiny has subsided and that the nation has either been more or less left alone to cope with its post-revolutionary difficulties, or that it is being unjustly criticised.

That the European Union, of all organisations, chose to blacklist Tunisia as a tax haven in late 2017, was perceived by the Chahed government in particular as curt disregard for and non-recognition of its reform efforts to date. Since then, relations with Brussels have been more than tense, although on a diplomatic level, Tunisia is making every effort to limit the damage.

Tunisia was removed from the list in January 2018, but the next debacle followed in February 2018, when the EU parliament refused to remove Tunisia from the blacklist of countries that pose a money-laundering or terrorism financing risk. For the young and still fragile democracy, which has also had to battle with economic and financial crises since the terror attacks of 2015, bad news like this is a major setback. Prime Minister Youssef Chahed decided, among other things, to sack the governor of the country's central bank.

Recourse to instruments of the Ben Ali dictatorship?

Owing to persistently insufficient foreign investment and tourist numbers, concerns about the damage to Tunisia's global image are now so great that there are plans to resurrect the external communication agency "Agence tunisienne de communication exterieure" (ATCE). The structure of the organisation, feared under the Ben Ali regime, would be altered in its new form.

The ATCE functioned like a kind of propaganda authority that took repressive action against media critical of the regime, bribed foreign journalists and massively controlled and manipulated information about the regime and Tunisia with respect to foreign countries (including monitoring emails and tracing IP addresses). 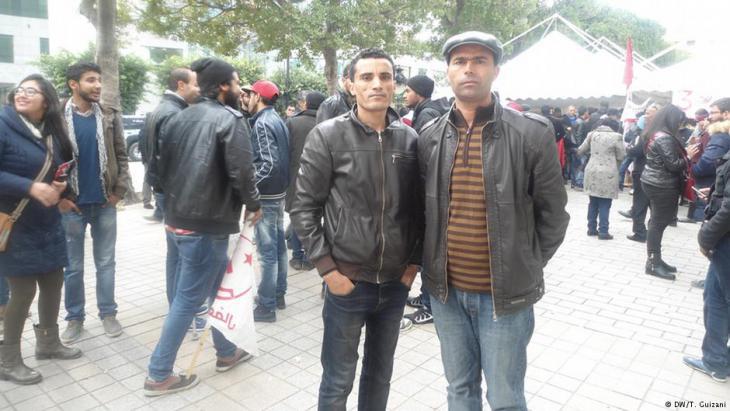 Few prospects for young Tunisians: the hope and euphoria felt during the 2011 revolution is long since gone. According to monthly surveys conducted by the Tunisian opinion research institute "Sigma", just 28 percent of those questioned claimed to be happy with the status quo. The majority of people regard Tunisia′s sluggish economy and ongoing widespread corruption as the key issues

Following the Tunisian revolution in 2011, the ATCE was dissolved in 2012. Journalists and the journalists' trade union "Syndicat National des Journalistes Tunisiens" (SNJT) are warning against a return to old methods. And indeed, media freedoms won in 2011 would be threatened by the reinstatement of the ATCE. Government representatives, on the other hand, cite the example of other nations currently investing in international image campaigns, such as Morocco.

Irrespective of this, a largely positive and appreciative image of Tunisia prevails in both the international community and international reporting, something that is de facto also reflected in the ongoing granting of credits, transformation grants, funds or special programmes on the part of international donors, not forgetting EU institutions and EU member states.

So there exists a certain misalignment between Tunisia's perception that it is disadvantaged and the actual financial support given to it by the EU. Nevertheless, the EU must ask itself whether the economic and trade relations it is offering Tunisia are really expedient and not primarily motivated by self-interest.

Between an EU-28 (511 million residents) and the nation of Tunisia (11 million residents), significant economic disparities and unbalanced political power structures do of course exist. This is not about the EU ploughing additional millions into the Tunisian transition, but much more a case of how the structural disparity can be absorbed more effectively and trade relations organised more fairly. The latter would give the Tunisian economy the chance to develop dynamically and sustainably once again, thereby furnishing it with the means to square up to its social challenges.

Unfortunately, ever since the refugee crisis and the wave of terror attacks in Europe, the EU′s main focus has been on co-operating more closely with Tunisia over security issues, namely combatting terrorism and "preventing migration". Rather than bolstering the Tunisians′ liberal young democracy, however, this merely adds grist to the reactionaries′ mill.

Since returning to power in Afghanistan, the Taliban have steadily eroded the rights and opportunities of women and girls, particularly their access to education. But Afghans are ... END_OF_DOCUMENT_TOKEN_TO_BE_REPLACED

The book "The Invention of the Maghreb: between Africa and the Middle East" prompts us to review basic terminology. This includes terms that we use almost every day as if they are ... END_OF_DOCUMENT_TOKEN_TO_BE_REPLACED

Tunisia has been going through a severe economic and political crisis in recent years. More than one in three young people there are unemployed. For many skilled, qualified and ... END_OF_DOCUMENT_TOKEN_TO_BE_REPLACED

At the end of every year, the team at Qantara.de gives you a run-down of the ten most-read articles on the site over the past 12 months. Here is a quick overview of the stories ... END_OF_DOCUMENT_TOKEN_TO_BE_REPLACED

The government in the Netherlands, one of the last European nations to abolish slavery, has made an historic apology. But some feel that there is still a long way to go. By Ella ... END_OF_DOCUMENT_TOKEN_TO_BE_REPLACED
Author:
Isabel Schäfer
Date:
Mail:
Send via mail

END_OF_DOCUMENT_TOKEN_TO_BE_REPLACED
Social media
and networks
Subscribe to our
newsletter