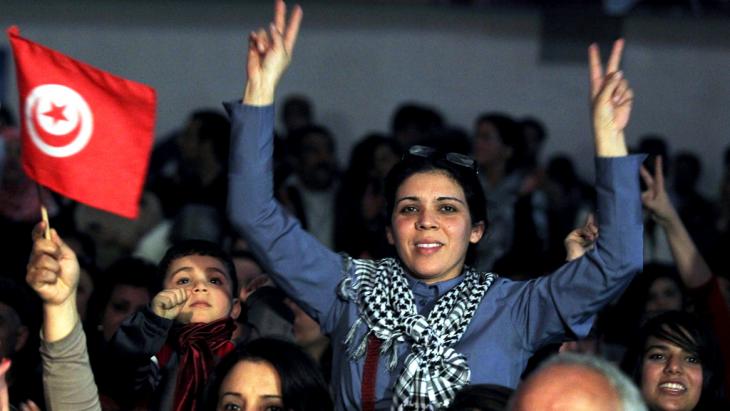 The Arab Spring seems to be over, but democracy could yet prevail in Tunisia. The EU should promise privileged trade relations on the condition that the country does not return to authoritarian rule. By Markus Loewe

Syria is being torn apart by civil war. In Egypt, a military-backed government is suppressing criticism, the opposition and the Muslim Brotherhood. Libya is disintegrating into small regions that are run by clans or religious groups. The Arab Spring seems to have failed.

In the country where everything started, however, everything is still open. Tunisia could still develop into a democracy or a dictatorship. Should democracy prevail, that would prove that democracy is not only possible but also compatible with Islam in the Arab world. Should the country slide back into some kind of autocracy, however, the courage for another democratic uprising will fade across the entire region for a long time to come.

Europe has an interest in democratic governance on all shores of the Mediterranean. The EU should do everything to promote a positive change in Tunisia. It would certainly be wrong for Western politicians to get involved in domestic power struggles. Tunisians tend to be quite sensitive about Europe telling their country what to do, which is why any clear taking of sides could drive them into the arms of the Islamists. 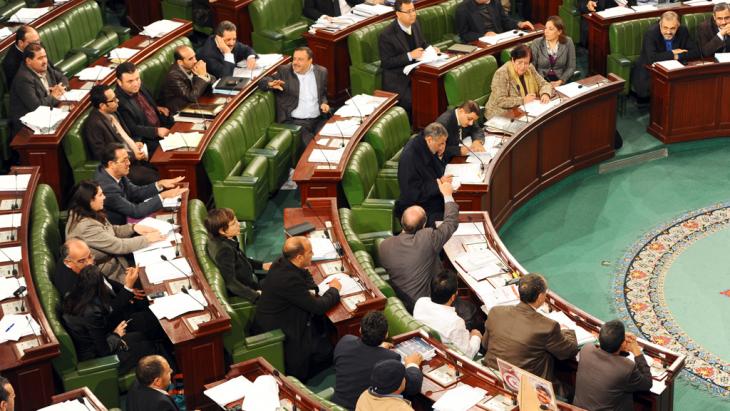 Historic decision: on 6 January 2014, Tunisia's constitutional assembly voted by a large majority to enshrine equality between men and women in its draft constitution

No rapid change on the horizon

Tunisians will only want democracy in the long run if it eventually pays dividends in economic and social terms. For many, the situation has deteriorated since Ben Ali was toppled almost three years ago.

Although a change is not to be expected in the short term, the nation needs the prospect of improvement in the medium to long term. After the end of the Cold War, eastern Europe's transition to democracy and open markets was surprisingly smooth and peaceful, even though living standards initially deteriorated for large parts of the population. This is why it was so important that people had a promising prospect on the horizon: accession to the EU.

There are good reasons for offering Tunisia the prospect of EU membership in a similar way today. The country is so small that it could easily be integrated into the EU. The economic advantages of membership would probably help to reign in many sceptics in the Islamist camp. In any case, they would struggle to convince Tunisians of foregoing the opportunity of a better future in the EU. Obviously, stable democracy would have to be a precondition for accession.

Once Tunisia is ruled democratically, it could serve as a model to other Arab countries. The idea of democracy would never die again in the region. At the same time, the EU would be able to demonstrate that its founding principles are indeed the rule of law and democracy, rather than religious affiliations. Unfortunately, this will prove very difficult for two reasons:

Firstly, other Arab countries would demand accession to the EU. One of the first would be Morocco, a country that was already once a candidate for membership. However, Morocco is still ruled by a king who personally owns more than a quarter of private-sector businesses and is currently rolling back many liberalising reforms of recent years. 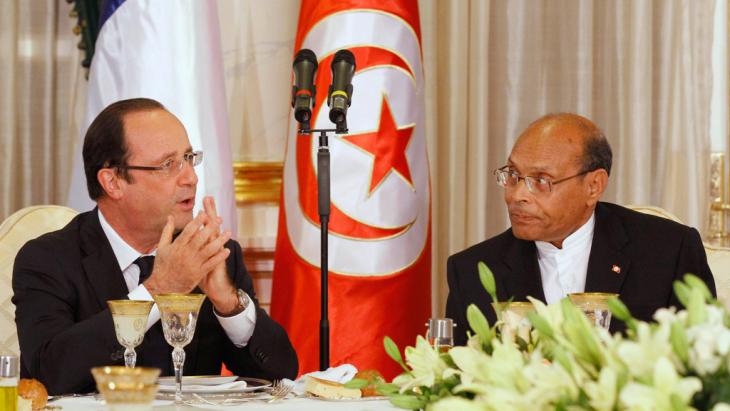 Support for the emerging democracies of the southern Mediterranean: "It would certainly not be possible to convince the public in many EU nations of the merits of Tunisian membership at this point. However, there is no reason not to offer the country a privileged partnership. The EU should open its single market to Tunisian goods as fast as possible," writes Markus Loewe

Secondly, there is no consensus in the EU that its foundations are exclusively of a secular nature. Conservative leaders like to emphasise the continent's "Christian-Jewish" identity even though Christians are no longer the majority in several member states and European history shows that Christians and Jews were kept apart for many centuries.

It would certainly not be possible to convince the public in many EU nations of the merits of Tunisian membership at this point. However, there is no reason not to offer the country a privileged partnership. The EU should open its single market to Tunisian goods as fast as possible.

Although a free trade agreement is already in place, it exempts many services and agricultural products with which Tunisia could compete with Europe. Some vegetables, for instance, may only be imported to the EU from Tunisia at times when they are not being harvested in any member states.

Opening the market to Tunisia would boost its economy and generate growth where it is needed most: in labour-intensive sectors that create jobs and boost incomes for the poorer sections of the population. If the EU wants to gain the kind of soft power it enjoyed in eastern Europe after the fall of the Berlin wall, it must speed up its trade negotiations with Tunisia, which have been going on for more than a year now.

Markus Loewe is an economist at the German Development Institute.

As Pride Month draws to a close, Richard Marcus delves into Saqi Books’ latest publication, "This Arab is Queer". Edited by Elias Jahshan, this anthology of essays is remarkable ... END_OF_DOCUMENT_TOKEN_TO_BE_REPLACED

Algeria's decision to unilaterally sever diplomatic ties with Morocco in August 2021 – days after the presidency announced in a statement their relations would be reviewed – was ... END_OF_DOCUMENT_TOKEN_TO_BE_REPLACED

Madrid's about-face on the Western Sahara conflict has enraged Algeria. Trade relations have been frozen unilaterally and a cut in gas supplies to Europe could be in the pipeline ... END_OF_DOCUMENT_TOKEN_TO_BE_REPLACED

With regard to gender justice, things look bleak in the Arab world. Laws typically discriminate against women, while national legislation all too often does not comply with the ... END_OF_DOCUMENT_TOKEN_TO_BE_REPLACED

This year’s Morgenland Festival opened with the premiere of Kinan Azmeh’s musical theatre piece, “Songs for Days to Come”, based on fifteen poems by contemporary Syrian poets. ... END_OF_DOCUMENT_TOKEN_TO_BE_REPLACED

A ceasefire has been in effect in Libya for the past year and a half. Yet after Russia's attack on Ukraine, another proxy war looms in Africa's most oil-rich country. Mirco ... END_OF_DOCUMENT_TOKEN_TO_BE_REPLACED
Author:
Markus Loewe
Date:
Mail:
Send via mail

END_OF_DOCUMENT_TOKEN_TO_BE_REPLACED
Social media
and networks
Subscribe to our
newsletter