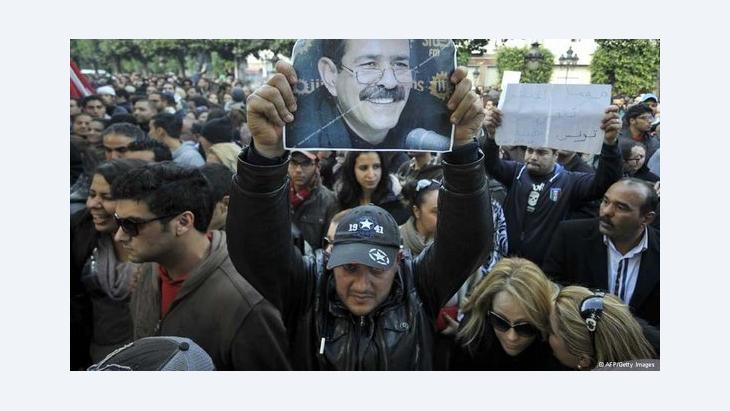 Tunisia in Turmoil after Chokri Belaid Killing
Between Anger and Grief

﻿Tunisians are in shock, following the assassination of opposition politician, Chokri Belaid. Thousands of people took to the streets to call for the government to step down. Sarah Mersch reports

On Wednesday (6 February 2013) evening, Tunisian Prime Minister Hamadi Jebali announced that he would be dissolving the government following the assassination of opposition politician, Chokri Belaid. The main task of a new government of technocrats would be to prepare the country for elections "as soon as possible," he said.

The first assassination in decades

Earlier on Wednesday, around a thousand men, women, the elderly and schoolchildren had gathered in front of the hospital where the body of Belaid was transported after he was shot dead in front of his home. The killer, who is yet to be identified, shot the politician in the head and chest earlier in the morning. The assassination has left Tunisians shocked and angry, and desperate to make their anger known. 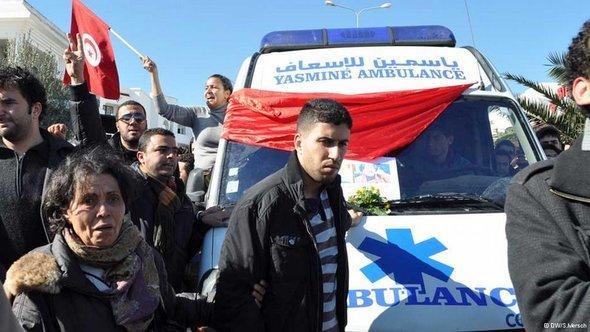 Grief and bewilderment: Family and friends of the assassinated liberal leftist opposition leader Chokri Belaid accompany his body on its way to the coroner for a forensic autopsy

​​"We are all Tunisians. Right or left, that doesn't matter. But Tunisia isn't like that. Something like that can't happen in our country," a protester shouted in a tearful voice.

This is the first time that a politician has been assassinated in Tunisia in the last 50 years.

On Tuesday (05.02.2013), Belaid had warned against political killing during a talk show on Tunisian TV. He had received threats several times. Less than 24 hours later, several opposition politicians, civil society representatives and schoolchildren were gathered in front of the hospital where the body of Belaid now lay.

An attack on the revolution

Iyed Dahmami, a member of parliament of the center left Republican Party, indirectly said that the ruling coalition, under the leadership of Islamist party, Ennahda, is responsible for the assassination. He spoke of an attack on the revolution.

"Those who have ignored political violence for months are responsible. Every time that we warned, they said, those are our children, we have to get into a dialogue with them. Today, we see that this dialogue with Islamists and extremists is leading to political killings," Dahmami said.

From the hospital, a funeral procession began to move, and in the afternoon several thousand people gathered in front of the interior ministry in Tunis.

"Bread and water, but Ennahda no," the thousands of protesters called using slogans, based on the revolution two years ago. 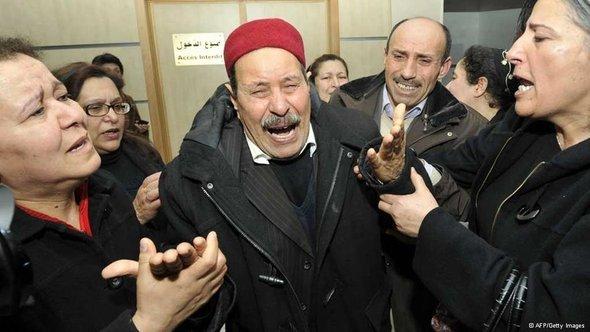 Anger and despair are mounting following the execution-style murder: Chokri Belaid’s father weeps at the death of his son

​​They were calling for the government to step down, and a general strike. The protesters believe the Islamists are responsible for the death of Chokri Belaid.

Mohamed is one of those who protested. He voted for Ennahda in the October 2011 elections.

"We voted for them because we thought that they are God-fearing. But they quickly forgot religion, and instead they are only interested in their posts. May God protect our country," he said.

"A man of the people"

Chokri Belaid was one of the fiercest critics of the ruling coalition led by Ennahda. The staunch communist, who grew up in a poor neighbourhood of Tunis, warned of the dangers of a new dictatorship. Together with other opposition parties, the 48 year old founded the Popular Front, a union of left-wing parties – it was the third strongest political force in Tunisia, according to polls.

University professor Mohammen Souissi knew Belaid since student days. He is calmly trying to understand what happened. "Ennahda and the Salafists specifically chose him. They did it because of his thinking," he said. Belaid was a man of the people, a courageous politician, who made them afraid.

"Belaid is someone,who made people think and that's what Tunisians need. Now, the country is waking up," Souissi added.

Souissi is hoping that the killing of Belaid will bring Tunisians together, despite their differences, and that the democratic forces will fight together for a democratic state.

A Jewish festival at the historic synagogue on Djerba island in Tunisia is often touted as a successful example of Jewish-Muslim coexistence. Yet, as Kerstin Knipp writes, ... END_OF_DOCUMENT_TOKEN_TO_BE_REPLACED

Tunisia's president has been carrying out a coup by degrees, demolishing the country's hard-fought democratic gains bit by bit. With an economy in turmoil and a splintered ... END_OF_DOCUMENT_TOKEN_TO_BE_REPLACED 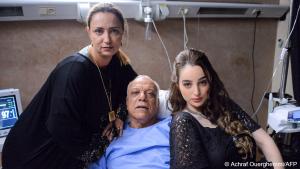 A Ramadan TV series dealing with polygamy has sparked a heated debate in Tunisia, an Arab pioneer in women's rights that banned the practice decades ago END_OF_DOCUMENT_TOKEN_TO_BE_REPLACED

The price of bread is rising rapidly in the Middle East, thanks to concerns about wheat supply from Ukraine and Russia. In the past, such increases have led to violent protests ... END_OF_DOCUMENT_TOKEN_TO_BE_REPLACED 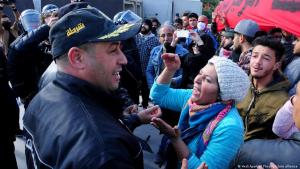 Tunisia’s food situation is looking increasingly precarious. The country relies on large volumes of subsidised imports to ensure sufficient, as well as affordable, quantities of ... END_OF_DOCUMENT_TOKEN_TO_BE_REPLACED

Israelis, Arabs and Iranians are landing back in their home countries to the tearful relief of relatives, as evacuations of nationals caught up in the Russian invasion of Ukraine ... END_OF_DOCUMENT_TOKEN_TO_BE_REPLACED
Author:
Sarah Mersch
Date:
Mail:
Send via mail

END_OF_DOCUMENT_TOKEN_TO_BE_REPLACED
Social media
and networks
Subscribe to our
newsletter