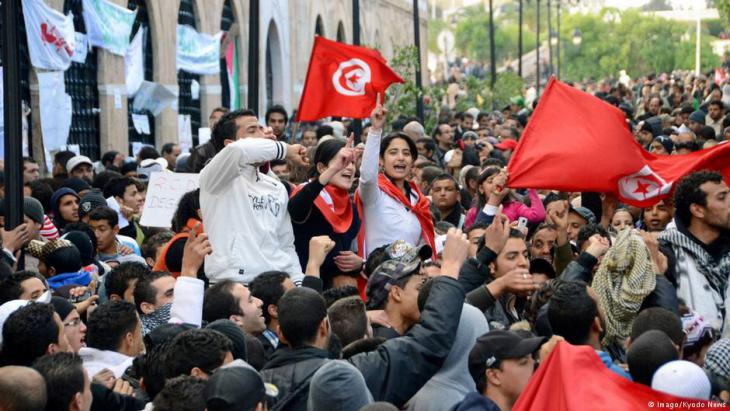 The Tunisian revolution, considered the catalyst for the movement that became known as the Arab Spring, began seven years ago. Today, Tunisia is still struggling to achieve democratic reform and economic growth. By Sarah Mersch

Thousands of young Tunisians have turned their backs on their country in recent years. One of them was Anis Amri, the man behind last year's attack on the Christmas market in Berlin. Tuesday marks the first anniversary of the attack in which 12 people were killed and more than 70 injured.

Amri's actions sparked a brief but intense discussion in his homeland about the right way of dealing with jihadis, potential terrorists and migrants under obligation to return home.

But now that debate has, for the most part, fallen silent again. The primary concern for Tunisia's citizens and politicians is the dire economic situation in this country of 11 million people. Yet the two issues are closely connected.

When Chancellor Angela Merkel visited Tunis this past March, she signed an agreement that established a procedure for swifter identification of Tunisians under obligation to leave Germany, and for the reissuing of their papers. "We will speed up repatriation," Merkel promised, "but then we will also help people arriving [back in Tunisia]." 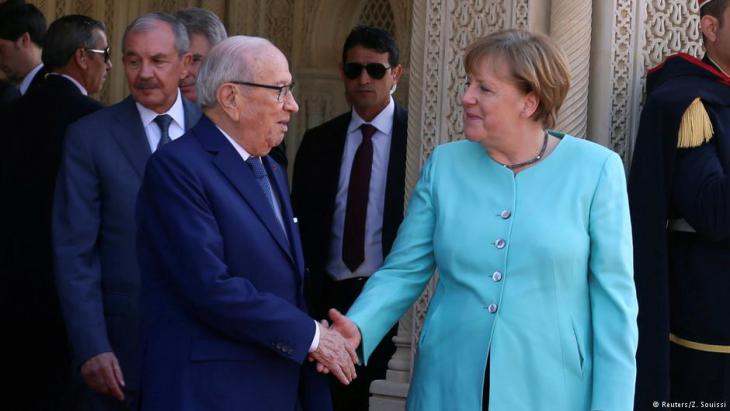 When Chancellor Merkel visited Tunis in March 2017, she signed an agreement that established a procedure for swifter identification of Tunisians under obligation to leave Germany, and for the reissuing of their papers. Pictured here: Angela Merkel and Tunisian President Beji Caid Essebsi

Like its counterparts in other countries, this centre will advise not only Tunisians who want to travel to Germany legally, but also those who have returned from Germany, voluntarily or otherwise, and want to gain a foothold on the Tunisian job market.

However, instead of the 2,000 advice consultations it had aimed to conduct by the end of the year, by late November only about 600 people had benefited from its advice.

And even the best advice is of little use when there are hardly any jobs for the young Tunisian population. The unemployment rate is consistently high – official figures put it at around 15 per cent – and Tunisia's financial and economic situation is becoming increasingly dire.

Over the past year, the Tunisian dinar has fallen around 25 per cent against the euro, the country's foreign exchange reserves are at an historical low, and the balance of trade is so bad that banks are no longer allowed to extend any more credit for the import of products unless they are categorised as urgently required.

Nothing gained beyond freedom of expression

Tunisia is dependent on budgetary aid from the International Monetary Fund to finance its bloated bureaucracy, which consumes more than half of the government's budget. Between 2016 and 2018, this aid has amounted to around $1 billion (around €850 million), and is tied to extensive restructuring of the financial sector.

Seven years after the uprisings for "work, freedom and dignity", as the slogan declared, many young Tunisians feel that, beyond freedom of expression, they have gained little from the revolution. 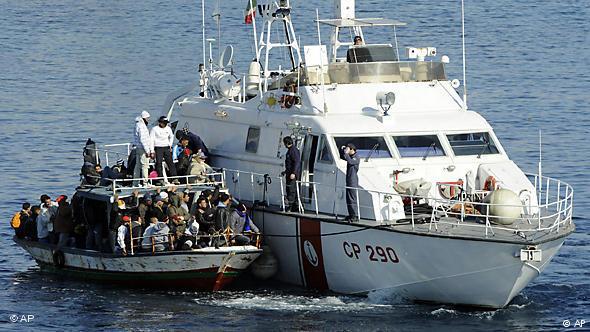 According to Italian authorities, approx. 8,000 Tunisians arrived in Italy this year, preferring to risk their lives at sea rather than stay at home and do nothing. More than 300 more "escape attempts" were intercepted in Tunisia, according to statistics from the Tunisian Forum for Economic and Social Rights (FTDES).

Tunisians are still waiting, for example, for the constitutional court to be set up, although according to the new constitution, it should already have started work in 2015. They've been waiting just as long for local elections to take place. These were supposed to be the first concrete steps toward the decentralisation of the country, which was also enshrined in the new constitution.

Regularly announced by the authorities, these elections have just as regularly been postponed – most recently on 16 December, when it was announced that they would now take place in May 2018, instead of at the end of March. Experts suspect the various governing parties don't feel ready yet, fearing they would be punished by disappointed voters for their meagre political achievements.

This situation is why the number of Tunisians trying to cross the Mediterranean by boat was higher in 2017 than at any time since the Arab Spring in 2011.

Italian authorities say that around 8,000 Tunisians arrived in Italy this year. More than 300 more "escape attempts" were intercepted in Tunisia, according to statistics from the Tunisian Forum for Economic and Social Rights (FTDES), which also recorded that two-thirds of the mostly male migrants were between 20 and 30 years old.

Their reasons for attempting the crossing are mostly of a social and economic nature, rooted in the sense that there are no prospects for them in their homeland, said Valentin Bonnefoy from FTDES.

"They know, of course, that it's dangerous. But faced with the choice between dying in Tunisia or at sea, they would rather be someone who tried to find a better future elsewhere than stay at home and do nothing," he said.

With the economic situation continuing to deteriorate and the government concentrating on security issues, democratic change is proceeding at snail's pace. Groundbreaking decisions, like the comprehensive penal reform to protect women from violence, contrast starkly with the lack of movement in other areas – areas that are fundamental to guaranteeing that the democratic achievements of the recent past will last into the future.

Home
Print
Newsletter
More on this topic
Social unrest in the Arab world: Guilty of gross negligenceArab Spring and Western Winter: Look before you leap!Tunisia's partisan path to transitional justice: The problem with truthSocial media and the Arabellion: The myth of the Facebook revolution
Related Topics
Arab Spring, Arabellion, Migration, Tunisian Revolution
All Topics

Giessen, Eichsfeld, Kusel, Berlin – cars bearing old German number plates are the latest trend on the streets of Cairo. Many Egyptians regard the discarded plates as chic. What ... END_OF_DOCUMENT_TOKEN_TO_BE_REPLACED

Tunisia has been going through a severe economic and political crisis in recent years. More than one in three young people there are unemployed. For many skilled, qualified and ... END_OF_DOCUMENT_TOKEN_TO_BE_REPLACED

German imams have publicly expressed their solidarity with the women of Afghanistan. In a letter of protest, the clerics say that the Taliban regime's decree barring women from ... END_OF_DOCUMENT_TOKEN_TO_BE_REPLACED

At the end of every year, the team at Qantara.de gives you a run-down of the ten most-read articles on the site over the past 12 months. Here is a quick overview of the stories ... END_OF_DOCUMENT_TOKEN_TO_BE_REPLACED

Social engagement is often motivated by religious factors. A new book explores the background to these community efforts and appraises how effective they are in helping to ... END_OF_DOCUMENT_TOKEN_TO_BE_REPLACED
Author:
Sarah Mersch
Date:
Mail:
Send via mail

END_OF_DOCUMENT_TOKEN_TO_BE_REPLACED
Social media
and networks
Subscribe to our
newsletter