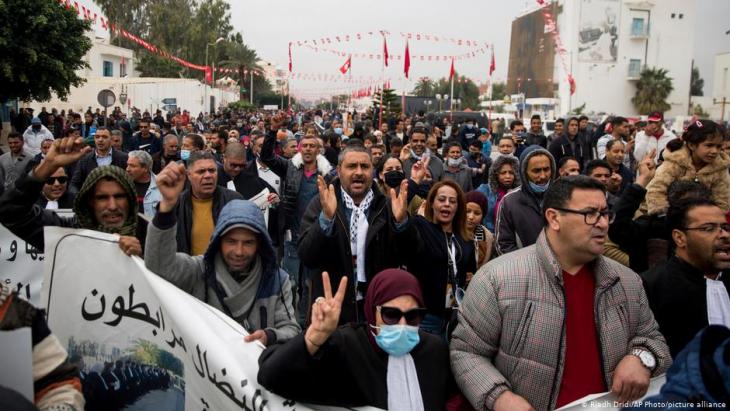 Tunisia ten years after the Arab Spring
Where are the democratic dividends for Tunisians?

Tunisia has launched a successful transition to democracy, but difficult economic and social times lie ahead. According to political scientist Said AlDailami, Europe should focus more on joint interests in its co-operation with the North African state. Interview conducted by Claudia Mende

Mr AlDailami, do you consider Tunisia to be an example of successful democratisation?

Said AlDailami: On the whole, Tunisia is a good example of a successful transition process. Unlike its neighbours, Tunisia has earnestly and authentically steered a course towards democracy and has definitely been remarkably successful in doing so.

After the elections in 2014 and 2019, there were peaceful transitions of power, which is certainly not to be taken for granted when you look at the situation in other Arab states. The new constitution of 2014 is just as much evidence of this new beginning, as the process of decentralisation that has been launched.

When you consider the social and economic consequences of this transformation process, the picture is somewhat less clear cut. In this respect, there is an unease that undermines the legitimacy of the democratic project. People are saying, what good is democracy to me if there is no prosperity? As far as the economy is concerned, there is no democratic dividend whatsoever. It is safe to say that Tunisia's democracy lacks output legitimacy.

Why is the economy not making progress?

AlDailami: We expect a recession with a 7 percent drop in economic activity this year as a result of the coronavirus pandemic. The tourism sector never really recovered from the terrorist attacks of 2015, despite the fact that there have not been any serious terrorist acts since 2016. There are major social and trade union problems relating to important export goods such as phosphate.

The apparatus of government, which is modelled on the French administrative structure of the 1970s, is ossified. The internal forces of resistance to any kind of structural reform have been incredibly strong for decades. This hampers increased flexibility of investment and allows corruption to rage unchecked, which in turn weakens the implementation of major economic projects. If we take this to its logical conclusion, a crisis in the coming years is inevitable. 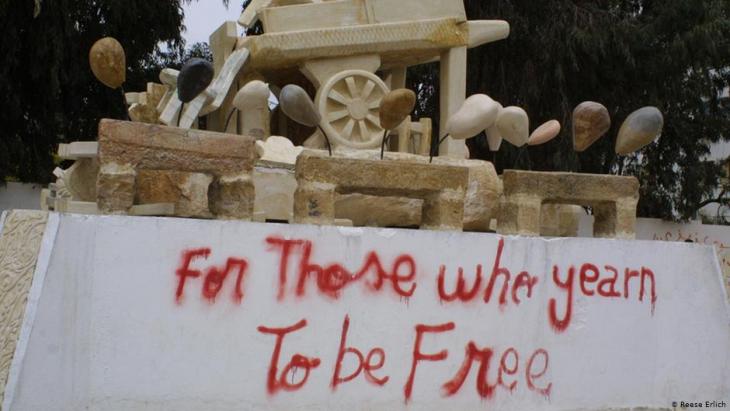 The motherland of the Arabellion is floundering: Tunisia is beset by a deep economic crisis that is affecting young people in particular. In some regions, youth unemployment is around 30 percent. Thousands of young people are therefore fleeing from the impoverished interior to the suburbs of the capital Tunis and the large coastal cities. The coronavirus pandemic has exacerbated the situation

AlDailami: The social unrest that always occurs in December and January is likely to be more severe this time. The pent-up frustration is generally vented during the winter months, especially in the south of Tunisia, which feels left behind by the central government in Tunis. Most people there earn a living from smuggling. When the trade in smuggled goods decreases as a result of the weather, they draw attention to their lack of prospects by setting up roadblocks and rioting.

Unfortunately, Tunisia does not have an adequate response to problems such as a growing budget deficit and a rising reliance on foreign credit and donors. High unemployment among young people and academics combined with a lack of prospects – the certainty that they won't find a job in the foreseeable future – is a major source of frustration for people.

There are already fears that the country could drift into bankruptcy during the COVID-19 pandemic as a result of the high level of national debt.

AlDailami: Yes, Tunisia is on a drip-feed. Horrendous sums are spent on the salaries of civil servants, and dismantling this system is a challenge Tunisia continues to wrestle with to this day. But the Europeans are very keen that Tunisia will not have to go bankrupt. So it is safe to assume that loans will continue to flood into the country.

Has Tunisia sufficiently come to terms with its past under Ben Ali?

I get the impression that the vast majority of Tunisians have no real interest in working through every last detail of the past. Perhaps it is more of a German virtue, to work through everything very thoroughly. We should not project our way of looking at things onto the Tunisian people.

Yet last autumn, there were protests against a planned law on impunity for former members of the security forces.

AlDailami: But those who protested against it were in the minority. Most Tunisians are of the opinion that public security was eroded after the revolution because the security apparatus was entirely dismantled. But a state needs security forces. People in Tunisia say that their general feeling of security over the past ten years has been much lower than it was under Ben Ali.

What about the fortune of Ben Ali and his family?

AlDailami: No agreement has been reached about Ben Ali's fortune, which was deposited in banks outside the country, primarily in Switzerland. This is the case with the fortunes of all Arab dictators in Swiss banks. Bank accounts in Tunisia itself and across the region were seized, but the way this money and these assets are managed comes in for massive criticism in Tunisia because of a lack of transparency.

The Swiss banks are stonewalling?

AlDailami: There have been negotiations, and the banks were willing to hand over part of the assets. But it is likely that the disputes will have to be settled in court. And as we know, something like this can last quite a long time.

Nouara may be 65, but she is ready to join thousands of others who burn their ID and pay traffickers for the chance of a new life in Europe. Zineb Bettayeb reports END_OF_DOCUMENT_TOKEN_TO_BE_REPLACED

In Doha, Arabs from Morocco, Tunisia, Egypt and Algeria are gathering to celebrate the first ever FIFA World Cup to be held on Arab soil. The criticism from Europe? Over the top, ... END_OF_DOCUMENT_TOKEN_TO_BE_REPLACED

After a two-year hiatus, the Arab League re-convened at the beginning of November in Algiers against a backdrop of uncertainty and discord. By Pierre Boussel END_OF_DOCUMENT_TOKEN_TO_BE_REPLACED

In the run-up to the COP27 global climate summit, hosted by Egypt in November, it is worth noting that little rainfall, aggressive heatwaves and worsening drought make the Middle ... END_OF_DOCUMENT_TOKEN_TO_BE_REPLACED

Tunisia's economic and political instability and the increasing reluctance of Europe to take in job-seeking migrants is leading many Tunisians to head for sub-Saharan Africa in ... END_OF_DOCUMENT_TOKEN_TO_BE_REPLACED
Author:
Claudia Mende
Date:
Mail:
Send via mail

END_OF_DOCUMENT_TOKEN_TO_BE_REPLACED
Social media
and networks
Subscribe to our
newsletter