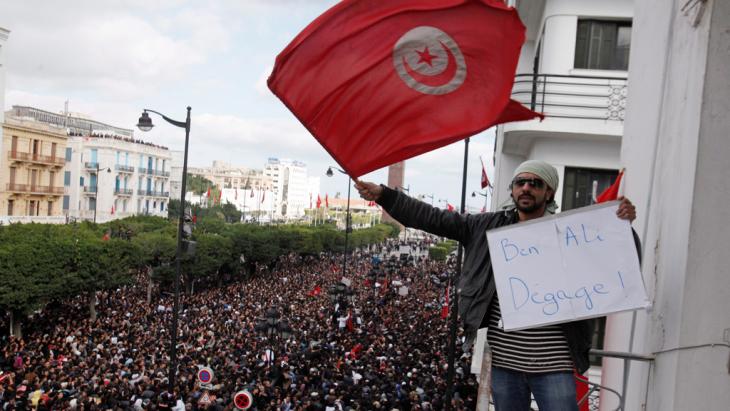 Three years after the overthrow of President Ben Ali, Tunisians are still waiting for their new constitution. Quite a few empty promises have been made since 2011, but there has also been some progress. By Ute Schaeffer in Tunis

"A central demand of the revolution was that more than just a few should benefit," says Souail Aidoudi, "But that demand has not been met!" Aidoudi, a 32-year-old unemployed academic, accuses Tunisia's post-revolution politicians of incompetence. "There are too many people in Tunisia who are marginalised, who have no access to work, who don't participate in society and live in great uncertainty," he says. A graduate of management sciences, he has been unemployed for ten years, eking out a living by taking odd jobs as a waiter, porter or kitchen help: "I can't afford to have a family."

Democracy: the spoils of revolution

Many young Tunisians share Aidoudi's fate. They may have university degrees, but they can't find a job. About 700,000 of the 11 million Tunisians are unemployed; 400,000 of them are university graduates. This is a ticking time bomb just waiting to explode, says Salem Ayari, head of an NGO for jobless academics: "Decisions were made to launch employment programmes, but they weren't implemented."

Tunisians aren't just waiting for jobs; they are also waiting for a new constitution. They were promised that it would be ready by the third anniversary of the overthrow of Ben Ali on 14 January. Tarek Sanaa is dismissive; like most of his fellow countrymen, he doesn't believe in such promises. "The current post-revolution elite regards democracy as their loot," says the 60-year-old silversmith. "They use it like a tool to protect their own interests and to enrich themselves." 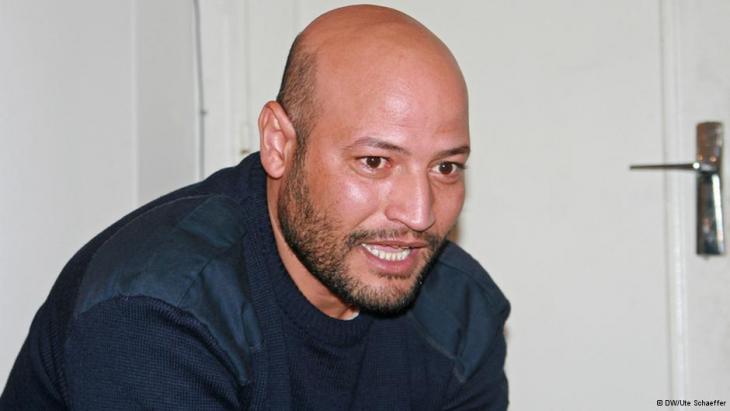 From the university lecture theatre straight into long-term unemployment: "There are too many people in Tunisia who are marginalised, who have no access to work, who don't participate in society and live in great uncertainty," says Souail Aidoudi

Sanaa took over a shop on Avenue de Bourguiba from his father. He regards himself as a chronicler of the revolution that started right at his doorstep three years ago. He feels that it is important that young people see a future for themselves in Tunisia and stay in the country. "I'm pinning my hopes on the generation of young people between the ages of 20 and 30, who are growing up in an atmosphere of freedom," he says, adding that this generation will drive the revolution forward. "After all, we need a revolution in the way we think."

"Our society must learn how to deal with this newly-won freedom," says women's rights activist Amel Grami. "That's true for judges and teachers, but also for journalists and artists."

The democracy movement can, however, take credit for establishing the freedom of the press. Today, Tunisia has more than 40 radio stations and as many newspapers, offering a variety of opinions instead of state propaganda and censorship. That's a direct result of the revolution, says Béchir Ouarda, who coordinates an NGO for the protection of the freedom of the press (CCDLE).

But Ouarda feels that press freedom is under threat: since the Islamist Ennahda party came to power, he says, the government has increasingly tried to manipulate journalists and the media.

The return of old, familiar methods

"There is a tendency to return to the methods of the Ben Ali dictatorship in an attempt to influence the media," says Ouarda. Posts are filled accordingly: "People close to those in power are given jobs at the head of state-run media. At the same time, new broadcasting stations are opening and broadcasting without a licence." 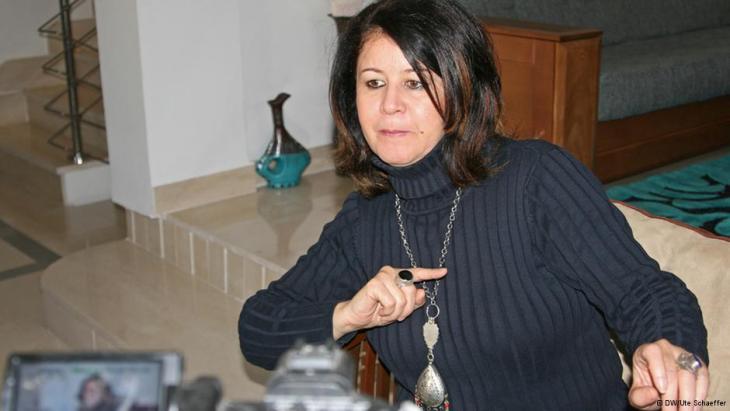 The Tunisian women's rights activist Amel Grami says that all of Tunisian society – including judges and teachers, journalists and artists – has to learn how to deal with the country's new-found freedom

The greatest threat to the diverse, budding media landscape is its lack of funding and expertise. What's more, the advertising market is very small. Many new radio and TV stations are unprofitable and depend on financial aid from businesses. Most of all, they lack the means or the courage to do their actual job, namely to find and research topics that those in power want to keep under wraps.

At the mercy of the rulers

According to Ouarda, Tunisia's journalists haven't yet found their feet as critical and independent reporters and are avoiding some important issues. Salem Ayari feels that the media should act as a control authority and cast a critical eye on Tunisia's transformation process. "Our media don't uncover inconsistencies," he says. "Nor do they ask where the money goes and why the funds don't go to employment programmes as planned – they have quickly become pawns of power in Tunisia."

Home
Print
Newsletter
More on this topic
Tunisia and the European Union: Last ChanceInterview with Hélé Béji: "Ennahda Has an Unbelievable Capacity to Adjust"Interview with Nacer Khemir: Islam as a Culture of Reconciliation
Related Topics
Arab Spring, Arabellion, Democracy and civil society, Tunisian Revolution
All Topics

As Pride Month draws to a close, Richard Marcus delves into Saqi Books’ latest publication, "This Arab is Queer". Edited by Elias Jahshan, this anthology of essays is remarkable ... END_OF_DOCUMENT_TOKEN_TO_BE_REPLACED

Algeria's decision to unilaterally sever diplomatic ties with Morocco in August 2021 – days after the presidency announced in a statement their relations would be reviewed – was ... END_OF_DOCUMENT_TOKEN_TO_BE_REPLACED

Madrid's about-face on the Western Sahara conflict has enraged Algeria. Trade relations have been frozen unilaterally and a cut in gas supplies to Europe could be in the pipeline ... END_OF_DOCUMENT_TOKEN_TO_BE_REPLACED

With regard to gender justice, things look bleak in the Arab world. Laws typically discriminate against women, while national legislation all too often does not comply with the ... END_OF_DOCUMENT_TOKEN_TO_BE_REPLACED

This year’s Morgenland Festival opened with the premiere of Kinan Azmeh’s musical theatre piece, “Songs for Days to Come”, based on fifteen poems by contemporary Syrian poets. ... END_OF_DOCUMENT_TOKEN_TO_BE_REPLACED

A ceasefire has been in effect in Libya for the past year and a half. Yet after Russia's attack on Ukraine, another proxy war looms in Africa's most oil-rich country. Mirco ... END_OF_DOCUMENT_TOKEN_TO_BE_REPLACED
Author:
Ute Schaeffer
Date:
Mail:
Send via mail

END_OF_DOCUMENT_TOKEN_TO_BE_REPLACED
Social media
and networks
Subscribe to our
newsletter