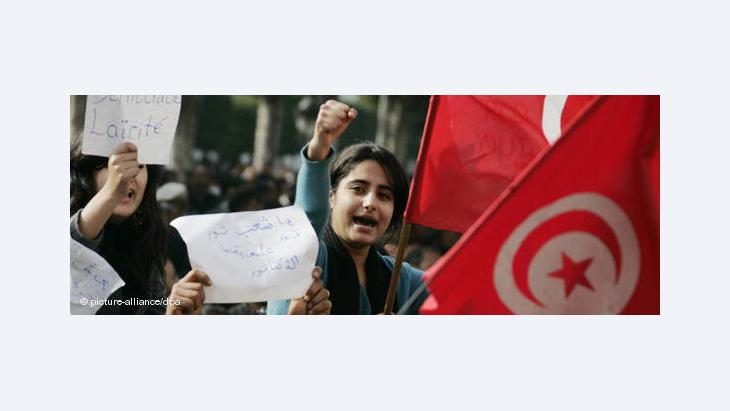 ﻿A professor at the University of Tunis, Lina Ben Mhenni was instrumental in informing people about repression under the Ben Ali regime. In this article she writes about the mood of the protests that would change the face of Tunisia

In late January my family and I took part in a demonstration organized by feminist and human rights NGOs. The crowd was wonderful – it was made up of men and women of all ages with different political opinions and even different religious beliefs.

We were chanting the slogans of citizenship and equality. The march was well organized, and the Interior Ministry had been informed about it and worked to ensure participants' safety.

But in the middle of this peaceful march, some angry individuals penetrated the group of demonstrators and started chanting extremely disrespectful slogans like "Go back to your kitchens, you whores."

They compared us to Leila Trabelsi – the wife of the ousted president who is generally believed to be responsible for all of the oppression and injustice from which Tunisians suffered for 20 years. "What more do you want, you bitches? Do you want to become men?"

They even tried to assault some of the women. A mother who was there with her two daughters was addressed by one of these crazy individuals: "I'll enjoy your body tonight, you bitch." But thanks to the patience and intelligence of some of those who were taking part in the march, these isolated individuals were prevented from interrupting us any further and they left the march. 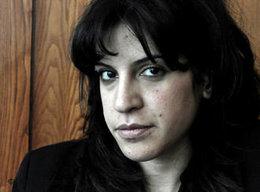 ​​This kind of incident has occurred several times since then. Every time NGOs or individuals try to organize campaigns for women's rights and equality, some small groups come to make trouble and spread disorder in the area where the event is taking place.

In late January bloggers, including myself, organized a commemorative event as a tribute to all of the martyrs who lost their lives during the demonstrations. Bloggers organized a two-hour sit-in during which we lit candles and held roses. Hundreds of people joined the sit-in. It was wonderful to see Tunisians united despite their differences.

However, some individuals, again, tried to disrupt the event. Most of them were drunk. They started shouting and asking us to read the Fatiha, the beginning of the Koran, instead of lighting candles. They even walked over the candles and squashed them. Fortunately, my father and a lawyer friend of mine managed to convince them to leave before they could cause any more damage.

In mid-February Hana Trabelsi, a blogger and a close friend of mine, was attacked on the main avenue in Tunis. She was at the sit-in in la Kasbah when she heard gunfire erupt on the Avenue Habib Bourguiba. 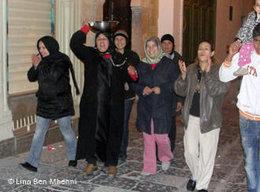 ​​She hurried there to find out what was going on. It turned out that some demonstrators in la Kasbah had decided to continue demonstrating downtown. Some violent groups took advantage of this and started attacking them.

Hana was taking a photo of Jawaher Channa, a student who had just been shot in the leg, when a police officer brutally attacked her. He started shouting at a group of gangsters who were trying to break into a jewellery shop: "She is taking pictures of you. She has the evidence that you are criminals. She will hand them to the police and you will be arrested."

Less than a minute later these young people attacked Hana and stole her camera, bag, money and even her keys. I cannot say whether the attack was based on her gender, but I can confirm that when I published a video in which Hana testifies about her attack, I received a number of discriminatory and intolerant comments.

Instead of denouncing these offensive comments, some commentators called us all sorts of names. They think we women should stay at home and not be on the streets taking photos in the middle of riots.

Manel and Narjess and Yakine

Despite such incidents, Tunisians are rebuilding their country slowly but steadily. Tunisians are keeping the pressure up and demonstrate whenever the transitional government tries to impose unacceptable decisions on them. 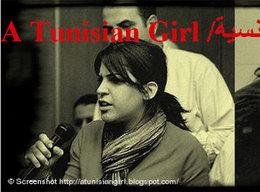 ​​These women are the mothers whose children were killed when Tunisian police opened fire on protesters. They are the doctors and nurses who rushed to the aid of those injured during the uprising. They are the lawyers who have stood against Ben Ali ever since the protests began in late January and they were hit by truncheons.

They are also the bloggers who were subjected to violence and assaults. These are the women who were raped by police officers during the events but still continued fighting the battle for freedom.

They are the women who took to the streets, cooked food and brought it to la Kasbah to feed the people taking part in the sit-in to call for a change of government or the election of a constitutional assembly.

They are the women who died when the police fired live ammunition.

They are Manel and Narjess and Yakine...

Tunisia's President Kaïs Saïed has assumed executive powers in his country in a highly controversial and possibly unconstitutional manner, fuelling fears of an impending ... END_OF_DOCUMENT_TOKEN_TO_BE_REPLACED

Arab women played a leading role in the protest movement of 2011. Since then, ongoing social transformation has had a considerable impact on their lives. What is their assessment ... END_OF_DOCUMENT_TOKEN_TO_BE_REPLACED

Recep Tayyip Erdogan, disappointed by the European Union’s reluctance to integrate Turkey into its ranks, has re-directed his country’s diplomacy toward the Maghreb and Africa to ... END_OF_DOCUMENT_TOKEN_TO_BE_REPLACED

The rollout of coronavirus vaccines in the Middle East and North Africa is already taking place on a massive scale, with the United Arab Emirates leading the way. Nevertheless, ... END_OF_DOCUMENT_TOKEN_TO_BE_REPLACED

Tunisia has launched a successful transition to democracy, but difficult economic and social times lie ahead. According to political scientist Said AlDailami, Europe should focus ... END_OF_DOCUMENT_TOKEN_TO_BE_REPLACED

END_OF_DOCUMENT_TOKEN_TO_BE_REPLACED
Social media
and networks
Subscribe to our
newsletter