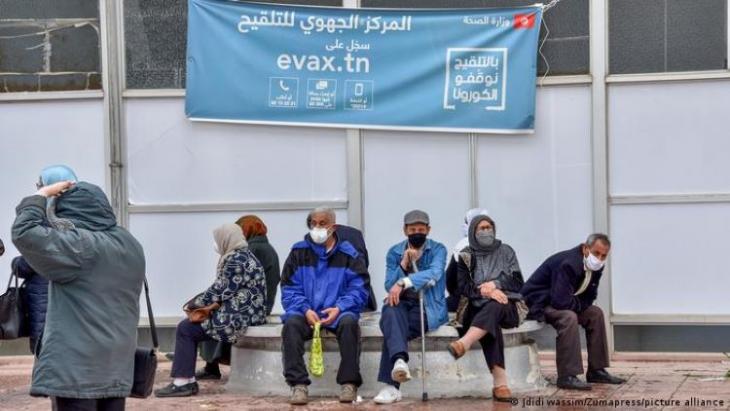 In Tunisia's Mediterranean resort of Sousse, exhausted medics struggle to stem surging coronavirus deaths, desperately monitoring oxygen supplies beside patients' beds, while on the beach tourists relax in the sun.

Tunisia has been overwhelmed by COVID-19 cases, including nearly 18,000 people who have died in a country of around 12 million. Hospitals have faced acute shortages of oxygen, staff and intensive care beds, and less than a tenth of the population are fully vaccinated.

"When you are told, 'in three hours, there is no more oxygen', it is stressful," said Khaled Ben Jazia, head of intensive care at the hospital in Sousse, southeast of the capital Tunis. "Two days ago, there was only an hour of oxygen left. Can you imagine the disaster if we ran out? I've never been so stressed... we were all with bottles at the bedside of patients just in case."

The pandemic has hit Tunisia hard, with 1.4 deaths per 100,000 residents per day over the last week, making the country one of the worst globally on this metric, according to agency data from official sources.

Tunisia has also suffered the biggest absolute number of COVID-19 deaths in North Africa despite its small population.

On Thursday, Paris said a million vaccines would be flown to Tunisia in coming days, and the French navy delivered giant oxygen tanks to boost supplies, adding to oxygen generators already provided.

At the hospital, medics waited anxiously for the truck fetching fresh oxygen bottles to return.

"When we heard the siren of the escort accompanying the truck, it was such a relief," Ben Jazia said.

After more than a year of intense work coping with the pandemic, medical staff are worn out. On Wednesday, Prime Minister Hichem Mechichi's announcement that hospital staff would not be able to take any leave sparked anger.

"We are holding up, but the situation is precarious, given the lack of human resources and logistical support," said Zied Mezgar, head of the emergency department in Sousse hospital. "The disaster will not come from the influx of patients, but from the exhaustion of caregivers."

Despite the crisis, the country remains open to visitors and there is no quarantine for people - vaccinated or not - arriving with tour operators.

At the Bellevue Park hotel in Sousse, life at the Mediterranean resort seems to be going on almost as normal.

"I had my two jabs," said Doris Brecking, a 71-year-old German tourist tanning by the pool. "In the hospital, there are sick people, but here at the hotel, everything is fine with the health rules... I am not afraid."

"Not over at all"

France, where many tourists come from, has placed Tunisia on its travel "red list", but allows people who have been double vaccinated to go there.

"The urge to come back here was too strong," said French tourist Stephanie Wilmert, a beautician from Luxembourg. She has been vaccinated, but said she was still cautious.

Away from the crisis of the pandemic, Tunisia is trying to support the crisis in tourism, a economic pillar making up around a tenth of GDP.

"We must adapt," said Nizar Marghli, director of the Bellevue Park hotel, where turnover has been slashed by a third.    (AFP)

END_OF_DOCUMENT_TOKEN_TO_BE_REPLACED
Social media
and networks
Subscribe to our
newsletter