"I Was No Good in School"

Not only in Morocco and Algeria, but in Tunisia as well, a young music scene has established itself in recent years that draws on global forms of expression such as Hip-Hop and Rap. Tunisia's most successful rapper is 30-year-old Balti. Martina Sabra spoke with him 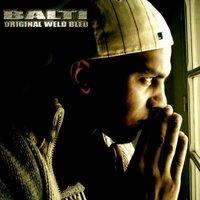 ​​Balti, in one of your most popular songs you rap the following lines: "Where should I go, what should I do with my anger?/I'll try my luck where the snow falls, I'll drink my coffee in Europe/I go as a loser, but come back a winner." After a ten-year career as a musician you are in fact a winner today. Do you feel like a mouthpiece for young people who have been less fortunate?

Balti: I come from Sidi Hassine Sijoumi, a part of Tunis where mostly poor people live. You only have two options here: either you become a criminal or you look for a way out – and that's either music or sport. My pieces are about the things that are the most aggravating for young people: bourgeois narrow-mindedness, double standards, drugs, unemployment, lack of money, corruption. And of course everyone dreams of running away.

Even though in the meantime I could choose to live somewhere else if I wanted to, I still feel at home in Sidi Hassine. People greet me when I walk down the street, and for the boys in the district I'm like a big brother. To be honest, I sometimes find this role quite stressful. The boys take their cues from me, they take my lyrics seriously – that's a big responsibility.

How do your songs come about? Where do you get your ideas?

Balti: As far as the "how" goes, I do everything myself: I compose, I arrange, I write my own lyrics. What I tell about depends on my mood, how I'm feeling at the time. It's usually about my everyday life, things my friends and I have experienced. I try to give a voice to those who can't express themselves. 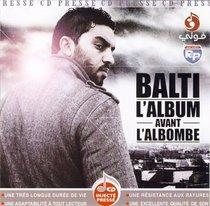 No sex, no violence: "It's more important to me to get the right message across" – Tunisia's rapper Balti, alias Mohamed Salah

​​Rap singers usually speak fairly plainly about violence or taboo topics like sex and religion. You've already gotten into trouble once with the Tunisian authorities with your lyrics. But you simply went on doing what you do. How do you deal with this today? Do you deliberately hold back when writing lyrics?

Balti: My lyrics are almost one hundred percent in Tunisian. That means that even my grandma can understand them. So I obviously don't want to throw around too many swear words or go too far with some topics. I used to want to provoke at any cost, but it's different today. Rap is often associated with violence and street language. But it doesn't have to be that way. It's more important to me to get the right message across.

You've been established on the young Tunisian music scene for over ten years now – in the beginning with the band Ouled Bled, and today as a solo rapper in varying formations. Was there already a Rap scene in Tunisia back when you got started?

Balti: No, we were total amateurs back then. But I do have to say that I was already a big fan of Rap and Hip-Hop when I was nine years old. My brother was one of the first break-dancers in our neighbourhood in the late 1980s. He brought videos home to practice with, and I watched them over and over again. 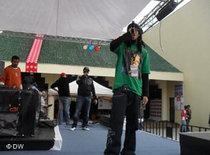 ​​Did you and your friends listen to Maghreb Rap from Algeria or Morocco back then?

Balti: No, Maghreb Rap didn't even exist yet. We listed to Hip-Hop and Rap from the USA, people like Masta Ace, Black Sheep, and especially from France – MC Solaar for instance.

You then soon started rapping in Tunisian with friends. What did people think of it? Did anyone in Tunisia even listen?

Balti: At first our audience was pretty small. People in Tunisia are traditionally more interested in music from the Arab Orient, or in pop music that's easy to market. We just kept doing our thing, not worrying about what the critics thought. Until people started to understand us. And then you also have to remember that you can't make much money with music in Tunisia. My parents wanted me to do the same thing everything else does: graduate from school, go to university, and so on. But hitting the books was not my thing; I was no good in school.

In Tunisia's neighbouring country of Algeria and in Morocco a lively Hip-Hop and Rap scene has been thriving for several years. Where do you see Tunisia at the moment?

Balti: Compared with Tunisia, the Hip-Hop scene in Morocco is much more advanced. We do have talent in Tunisia, for example Kenzi. But we don't have the means to develop further. The flow is there, the lyrics are there, the singers are good, but overall there are few opportunities to get produced and become known.

You've performed several times abroad, including in Germany and this year for the first time in the USA. What are your goals?

Balti: I would like for the up-and-coming artists in Tunisia to have more space to grow, for the scene here to develop further. As for myself, I hope that I can stay on top. Success came quickly and it can be gone again just as fast. I want to work on making sure that doesn't happen. I owe it to myself, and also to my fans.

DAM – Palestinian Hip Hop
"We Are the Sugar Hill Gang of Palestine!"
As the pioneers of a young music scene, DAM are the first Palestinian hip hoppers to gain international recognition. Their rap challenges extremism and violence. Stefan Franzen spoke with Tamer Nafar, the founder of the trio from Lod near Tel Aviv