Tunisians dream of moving to Germany as crisis bites 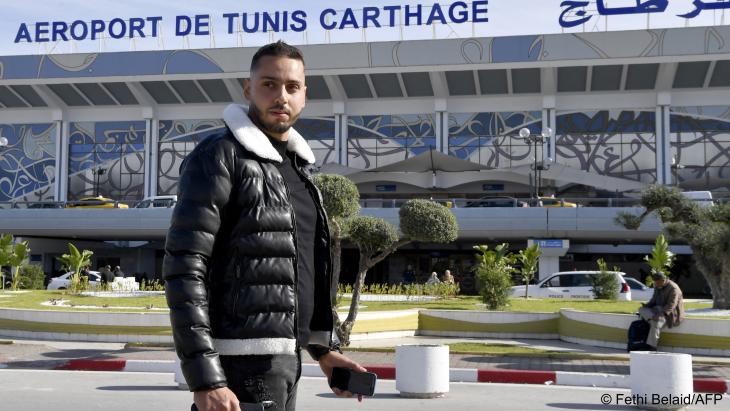 Germany is becoming a key destination for disillusioned young Tunisians despite a language barrier and the North African nation's long history of ties with France. Europe's biggest economy, with its low birth rate, is crying out for labour, and many Tunisians, exhausted by years of economic crisis, see an opportunity for a legal path to emigration.

Numbers are still small but rising fast. Germany granted 5,474 work permits to Tunisians from January to October – up from 4,462 in the whole of last year and more than double the numbers for 2020. The trend has been stimulated by the fact Germany has no quota restrictions for countries of origin and increasingly recognises foreign diplomas.

Germany "has a huge need for workers, not just in the health and IT sectors but also in hospitality, building, laying fibre-optic cables or driving heavy goods vehicles," said Narjess Rahmani, a Berlin-based Tunisian who heads the immigration agency "Get In Germany".

Some employers offer contracts to help ease the visa process and even pay for six months of language tuition to help their future workers.

Yeft Benazzouz, who runs a language school in Tunis, said demand for German classes has risen sharply since 2020. "Before, I had groups of one or two people," he said. "Now it's gone up to six or seven." Yeft also teaches basic German cultural norms, including the line of advice that "puenktlich ist schon spaet" – "being on time is already late".

Tunisia's history as a French colony means its people are used to foreign languages, Rahmani said. "We are also very open to other cultures, through tourism and the cultural mix throughout our history." The language school's students are often highly qualified, thanks to one of the Arab world's most reputable education systems, but cursed by unemployment affecting 30 percent among young graduates.

Hydraulic engineer Nermine Madssia, 25, who wears a hijab, said she had chosen Germany over France, citing Islamophobia. She said she hoped to get "respect, consideration and a decent salary", in contrast to Tunisia where the average pay is just 1,000 dinars (around 300 euros and dollars) per month. Even highly sought-after IT technicians can expect to earn a maximum of 2,000 dinars early in their careers.

Like many who hope to leave Tunisia, Nermine has had help from her parents in financing German lessons and the visa application. "With the increase in the cost of living, a salary isn't enough to start and support a family," she said.

Inflation topped 9.0 percent year-on-year in October and Tunisia has endured years of economic crisis, pre-dating even the 2011 revolution that toppled dictator Zine El Abidine Ben Ali. With sluggish growth, vast public debt and many sectors closed off to new entrants, jobs are sparse, exacerbated by the COVID pandemic and fallout from the Ukraine war.

President Kais Saied's 2021 power grab, which has placed Tunisia's decade-long democratic transition in doubt, has done little to improve economic confidence. One in every two young people wants to leave, says the Tunisian Forum for Economic and Social Rights group.

Some leave legally – including more than 40,000 engineers and 3,300 doctors in the past five years – while many thousands more attempt dangerous journeys to Italy in makeshift boats, some drowning on the way.

Among the legal departees is Elyes Jelassi, 28, who packed a bottle of olive oil and some spices into his suitcase as he prepared for Germany. As his family gathered in the town of Korba to wish him goodbye, he said he had never wanted to leave. But "after three years of studies and internships in several hospitals, I decided not to make a career in Tunisia," he said.

Jelassi already has a job contract as a senior nurse in the German city of Wiesbaden, with free accommodation for the first six months. As well as a good salary, he said he expects to find better working conditions than in Tunisia, where the health system has been crippled by the pandemic and years of neglect.

"Our hospitals suffer from a lack of equipment, which causes conflict with patients," he said. "It's really stressful." He chose Germany over Canada, France or the Gulf because he already has friends there and will easily be able to further his studies. But he probably won't stay there forever.

More on this topic
Coronavirus fallout: Tunisia post-lockdown – should we stay or should we go?Migration policy: Europe's migrants are part of the solutionMigrants and the EU: Is Europe ready for a post-COVID migration wave?Africa, not the EU: Tunisia's brain drain
Home
Print
Newsletter
MoreAll Topics

END_OF_DOCUMENT_TOKEN_TO_BE_REPLACED
Social media
and networks
Subscribe to our
newsletter