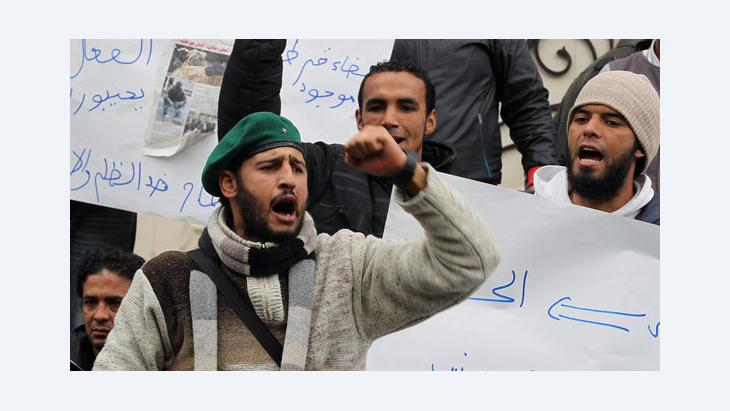 The Decline of the Middle Class

﻿More than two years have passed since the start of the so-called "Arab Spring" in Tunisia. What began as a fight for social justice became an ideological tug-of-war between Islamists and secular forces. But while the elite engage in theoretical debate, the economic crisis deepens. Katharina Pfannkuch reports

﻿It's the same story once every four weeks: when the middle of the month rolls around, there is virtually nothing left of Kais' income. "I don't lead a posh life; I rarely eat out," says Kais, an electronic engineer, "I just go out for a beer with my friends once a week." Kais spends his money on everyday things such as food, rent, and electricity. The 29-year-old Tunisian studied in Germany and is one of the country's many highly qualified young people who fought with hope and enthusiasm for a new Tunisia two years ago.

"I came back home in January 2011 because I thought that things would start to improve," says the slender young man. He has finished work for the day and is sitting in a small café on the Avenue de la Liberté in Tunis, directly across the street from the Fath Mosque. Kais earns 650 dinar (approximately €325) a month, which puts him at the upper end of the Tunisian middle class. He still lives at home and uses his income to support his family. 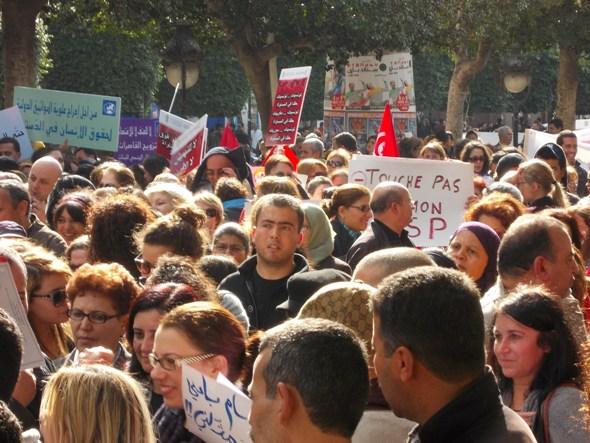 For decades, it was the middle class that gave Tunisia a certain degree of economic stability. Since the revolution of January 2011, however, the middle class has shrunk from 89 to 69.5 per cent. Pictured: Tunisia's youth protesting lethargically on Avenue Bourguiba in Tunis

​​"Having my own flat is out of the question," he explains, "and there is no way I can afford to get married." Kai is embarrassed about his precarious situation and doesn't want to be photographed. There are many more in Tunisia just like Kais: according to the April edition of Tunisie numérique magazine, about 47 per cent of all Tunisians have used up their income by the middle of the month.

A small step to below the poverty line

It is above all Tunisia's middle class that is really feeling the pinch. According to the Tunisian consumer protection association (ILEF), the purchasing power of middle class households dropped 10.6 per cent last year. The reasons for this are the rising rate of inflation, which reached 6.5 per cent in March 2013, and growing unemployment, which currently stands at about 17 per cent.

For decades, it was the middle class that gave Tunisia a certain degree of economic stability. In early 2011, 89 per cent of the population belonged to the middle class, putting Tunisia ahead of all African countries in this respect. Since the so-called "revolution" of January 2011, however, which led to the overthrow of the dictator Ben Ali, the middle class has shrunk to 69.5 per cent. The Tunisian economist Mouez Joudi thinks that it is possible that the middle class will slip below the 50 per cent mark by the end of this year.

The fickleness of the political class

This would be fatal for the Tunisian economy, which relies heavily on the domestic economy and private consumption in the face of the flailing tourism sector and crippling sovereign debt. Kais too is afraid that his situation is going to get even worse. The country's political instability merely serves to heighten his concern: "the government is stringing us along," he says. "Sometimes they tell us that prices will fall; sometimes they tell us that they are going to axe subsidies. It is tiring and confusing." 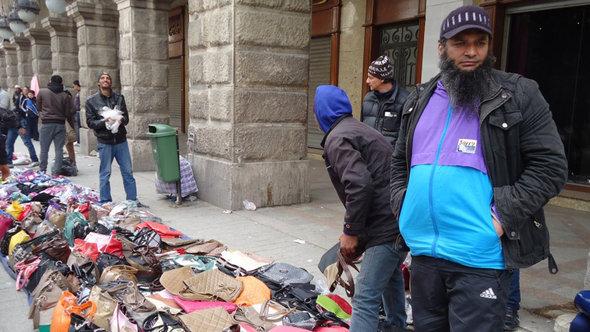 The mast majority of Tunisia's middle class people have to make do with between 2 and 4 dollars a day. In the meantime, the Salafists are exploiting the increasing impoverishment of the population and their growing worries to become ever more active in the country. Pictured: street vendors in Tunis

​​The different announcements bring anything but clarity to the situation. On 20 April, the Tunisian government reached an agreement with the International Monetary Fund (IMF) on a structural adjustment programme worth about €1.4 billion. According to Nawaat Tunisia, the country has agreed to make comprehensive cuts to subsidies in order to get the loan from the IMF. Above all, staple foods such as bread, milk, and sugar are subsidised in Tunisia; if these subsidies are cut, it would increase the hardship for the middle class, which is already suffering acutely.

Only a few days ahead of the official signing of the agreement with the IMF, the government announced drastic price cuts: among other things, the price of potatoes is set to fall by over 40 per cent and the price of meat by up to 9 per cent.

"I don't know what I am supposed to believe," says Kais, shaking his head. Like many Tunisians, he feels that the announcement of these price cuts is nothing more than an attempt by the ruling Ennahda Party to win back voters by making short-term promises. Ever since the Islamist party won the majority of seats in the Tunisian parliament in October 2011, its popularity and the faith people place in it have been in steady decline.

Elections are due to take place this October. It is more than questionable whether Ennahda will really manage to get the electorate back on side with its short-term price-cut pledges. After all, even if it can impose the price cuts despite the agreement with the IMF, certain sections of the economy will suffer because it will mean rising costs for the producers of the goods that are earmarked for a price cut, which will put even more jobs at risk. And so the downward spiral continues.

In the meantime, Tunisia's economic misery is exacerbating the country's political crisis: the Salafists are exploiting the increasing impoverishment of the population and their growing worries to become ever more active in the country. They are setting up shop above all in poor urban areas in order to offer people an alternative. For young men in particular, the business ideas proposed by these religious extremists offer an alternative to the desolate situation on the jobs market. Outside the mosques in Tunisia's major cities, stands selling prayer mats, fragrant oils, and traditional robes are springing up like mushrooms.

While the government and the opposition search for ways out of the crisis, the informal jobs market continues to grow. Kais has given up hope of an improvement: "I have just applied for a few jobs in Germany," he says. "My family and I would be better off if I worked there and sent money home." His gaze wanders across the crowded square in front of the mosque where the religious traders are peddling their wares. Then, with a bitter laugh, he says: "At least it would bring some foreign currency into the country."

Decades after the first French nuclear test in Algeria, thousands of victims are still waiting for compensation. To date only 51 claims have been filed under French legislation ... END_OF_DOCUMENT_TOKEN_TO_BE_REPLACED

Few would have thought that Algeria's Hirak protest movement would still be mobilising the masses 12 months on from its first peaceful demonstration. According to Isabelle ... END_OF_DOCUMENT_TOKEN_TO_BE_REPLACED

Having seen a sharp decline in its influence in Tunisia and Algeria, France is eyeing China and Spain’s growing economic presence in Morocco with concern. Is Paris about to lose ... END_OF_DOCUMENT_TOKEN_TO_BE_REPLACED

Insults directed against Egyptian President Abdul Fattah al-Sisi have been particularly prominent among the hundreds of chants by Arab protestors in Algeria, Sudan, Iraq and ... END_OF_DOCUMENT_TOKEN_TO_BE_REPLACED

Political analyst Taqadum al-Khatib argues that Egypt can, in co-ordination with its European partners, develop a common vision to solve the complex conflict in Libya. For this to ... END_OF_DOCUMENT_TOKEN_TO_BE_REPLACED

The upheavals of the past year in the MENA region are arguably as momentous as those of the Arab Spring in 2011. Yet perhaps the biggest difference is that our interest seems to ... END_OF_DOCUMENT_TOKEN_TO_BE_REPLACED
Author:
Katharina Pfannkuch
Date:
Mail:
Send via mail

END_OF_DOCUMENT_TOKEN_TO_BE_REPLACED
Social media
and networks
Subscribe to our
newsletter