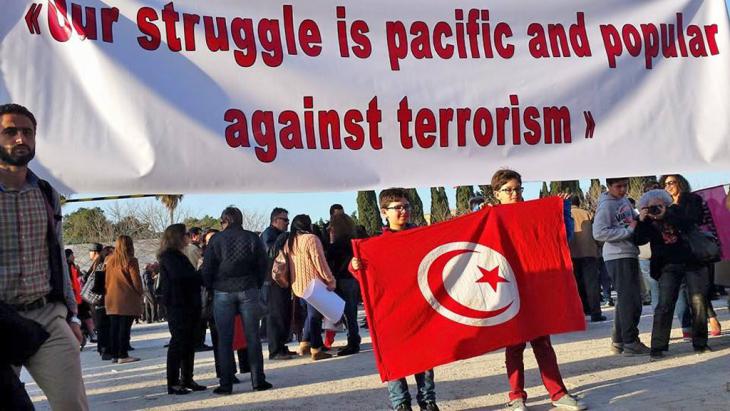 Tunisia's fight against IS

Terrorism is threatening the only democracy to emerge from the Arab spring. Tunisia needs more support from the international community if it is to win the war on terror, writes Tawfik Jelassi

2015 was a bloody year for Tunisia. There were attacks on the Bardo Museum in March, on a major hotel in Sousse in June and on the presidential guard in Tunis in November. This year, the terrorist militia IS even tried to take over the town of Ben Guerdane, near the Libyan border and establish an outpost in the country. This was unprecedented and deeply troubling.

Fortunately, the security forces were able to defend the city. About 50 terrorists were killed. It is worrisome, however, that they obviously enjoyed some support from within the country. Moreover, all of the terrorists who were so far identified turned out to be Tunisians. This raises a lot of questions. Perhaps there are more dormant terrorist cells in Tunisia.

The attack was launched from Libya. The violence that is rocking our neighbour is destabilising our country as well. The problems transcend borders and concern the entire international community. Tunisia′s nascent democracy is a beacon of hope in the Arab region. It deserves attention and support.

Security, however, is not only a military issue. The socio-economic situation matters very much. It is a huge problem for the country and a major challenge for any government that some Tunisian regions are lagging behind economically. The people – and especially the younger generation – need jobs and opportunities, so infrastructure must be improved and industries developed. Without decisive action and foreign investment, unemployment will only get worse, purchasing power will decline and the social problems will grow. 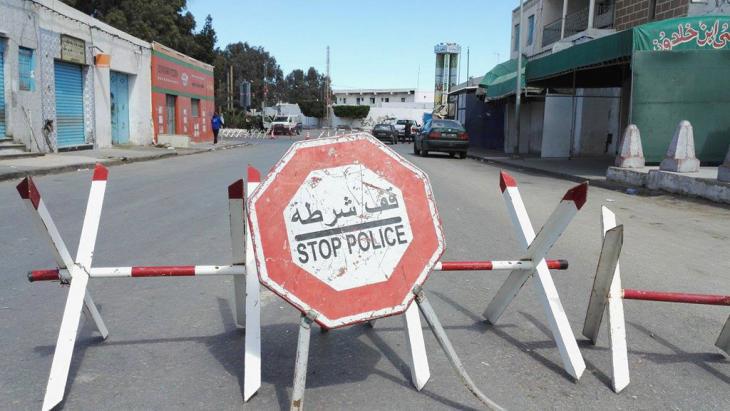 Plunged into chaos: 13 security operatives and seven civilians were killed during an attack by jihadists on the border town of Ben Guerdane in March. Official sources claim that 49 jihadists were killed during street-fighting that lasted several days. The Tunisian government blamed the IS jihadist militia for the attack. Ever since the Arab Spring in 2011, Tunisia has regularly been the focus of terrorist attention, with extremists specifically attacking foreign tourists. Some 59 tourists died last year during an attack on the Bardo Museum in Tunis and an attack on a beach in the holiday resort of Sousse. The number of tourists visiting Tunisia has sunk as a result from 7.2 million to 5.4 million

In some of the more remote regions, the Tunisian state is not doing enough in economic and social terms, thus allowing extremist groups to take advantage of people′s desperation. They recruit young men, promising money and a ″better life″. Some of the youngsters are brainwashed into believing that they are fighting for a ′noble cause′ and that ′true Islam′ gives them a sense of purpose. These youngsters are a minority – but a very dangerous one.

Most Tunisians think the country is on the right path. They appreciate having a democratic society and enjoying more liberty than ever before. However, political freedom, so far, has not been accompanied by economic prosperity. It is a major issue that people′s standard of living is not improving. We should not forget that unemployment and economic hardship triggered the 2011 revolution.

Democratic transitions always take time. People′s mind-sets do not change over night. Tunisians want to see more progress in their daily lives and are tired of empty promises. We need continuity of direction and policies; the government must swiftly implement some urgently needed reforms. To rise to its huge challenges, it certainly needs – and deserves – international support.

At the G8 summit in 2011, several billion dollars were pledged to Tunisia, but the country has yet to receive any of it. Though Tunisia′s problems are well known, our western allies have not been much help to date. They ought to put in place a Marshall Plan for Tunisia. In spite of its strong ties to Europe, our country is often forgotten until there is a terrorist attack.

Tunisia is the only ray of hope remaining from the 2011 Arab spring revolutions. It is also the last buffer zone against terrorism prevailing in North Africa. If ever Tunisia falls (God forbid), this shield will drop and the EU will have a lot more to worry about. It is high time for the international community to help Tunisia address its economic and security challenges. By helping Tunisia, the international community will help itself. We need deeds, not just words!

Tawfik Jelassi is a professor at the IMD business school in Lausanne (Switzerland) and a former Tunisian minister of higher education, scientific research and information & communication technologies. He served in the 2014-2015 transitional government.

Ten years after the start of the Arabellion in North Africa and the Middle East, many view the movement as a failure. But rather than being over, it has now entered a more mature ... END_OF_DOCUMENT_TOKEN_TO_BE_REPLACED

M’hamed Oualdi presents the story of a manumitted-slave-turned-dignitary in the Ottoman province of Tunis and the posthumous conflicts over his estate as a case study to ... END_OF_DOCUMENT_TOKEN_TO_BE_REPLACED

The coronavirus lockdown has hit performing artists especially hard, with the cancellation of live concerts denying them their major source of income and promotional opportunities ... END_OF_DOCUMENT_TOKEN_TO_BE_REPLACED

In the Arab world, freedom of opinion collides with a societal juggernaut that silences imagination with remarkable efficiency. Egyptian author and novelist Khaled al-Khamissi ... END_OF_DOCUMENT_TOKEN_TO_BE_REPLACED

The rise of liberation movements in the Arab World during the 20th century brought with them an array of complimentary works from the creative sector. Sultan Sooud Al Qassemi ... END_OF_DOCUMENT_TOKEN_TO_BE_REPLACED

Since independence in 1956, Tunisia has gone to great lengths to mobilise its water resources. Its drinking-water supply rate and the number of households connected to sanitation ... END_OF_DOCUMENT_TOKEN_TO_BE_REPLACED
Author:
Tawfik Jelassi
Date:
Mail:
Send via mail

END_OF_DOCUMENT_TOKEN_TO_BE_REPLACED
Social media
and networks
Subscribe to our
newsletter