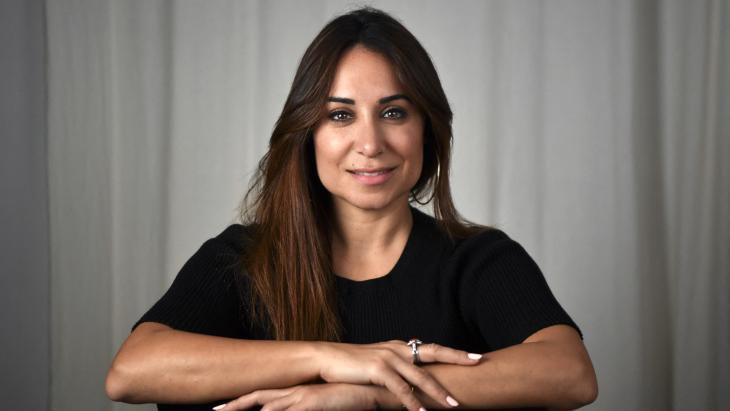 Erige Sehiri, director of "Under The Fig Trees", shortlisted to represent Tunisia at the Oscars next year, says she hopes the award-winning drama film will smash the cliche that rural women are "miserable and closed"

The Tunisian film director revealed that her first feature-length work relates the secrets, love stories and resentments of the mostly female orchard workers who live in the countryside but are "modern and connected".

The young women pick fruit in rural Tunisia, but are hyper-connected and use social media to eke out their freedom, in contrast to their older colleagues who live in a more conservative world. "Our young people are so modern, just like everywhere else in the world," said Sehiri, 40. The fig orchard, near the town of Kesra, "represents a space of liberty for workers, especially the young ones, where they can talk and discuss everything freely," she added. 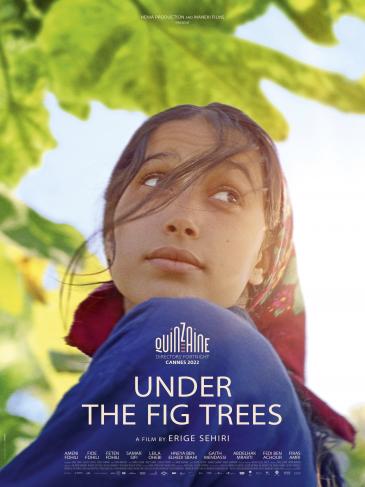 Shoestring success: with a budget of just €300,000 euros, the co-production involving France, Tunisia, Qatar, Switzerland and Germany, is "a film on the individual and the collective, because one doesn't exist without the other, they go together", says director Erige Sehiri. "Under The Fig Trees" has been shortlisted to represent Tunisia at next year’s Oscars, having scooped awards at film festivals in Tunisia, Belgium and Germany, as well as the Ecoprod prize at Directors' Fortnight in Cannes

Shot in the blistering summer heat of Tunisia's marginalised north, the characters are played by actors from similar backgrounds – all amateurs who normally have harvest jobs or work at wholesale markets. "It's a film inspired by real events, things I've heard from women farm workers who work hard all year, and high school students who come in the summer," the director said.

The young women, sometimes helped by a young man, pick soft ripe figs which are then packaged by older workers, under the orders of a bossy young man representing the traditional patriarchal structure. The symbolism extends to the trees themselves, representing the hardships of life, while the mature figs reflect the girls' discovery of sensuality.

The film, a co-production involving France, Tunisia, Qatar, Switzerland and Germany, opened in France on 7 December and premieres later in Britain, Italy and Belgium. It has been shortlisted to represent Tunisia at the Oscars next year, having won awards at film festivals in Tunisia, Belgium and Germany, as well as the Ecoprod prize at Directors' Fortnight in Cannes.

Produced on a budget of just 300,000 euros ($315,000), the work is "a film on the individual and the collective, because one doesn't exist without the other, they go together", said Sehiri. It examines the links of solidarity between the women, who share their food and dreams of freedom.

At the end of a hard day's work, the young workers make themselves pretty and take selfies for their social media. One of the main characters, Fide, is played by Ameni Fdhili, a student who picks cherries for extra cash in the summer.

Fide and her friends are portrayed as realists and somewhat jaded, aware of a lack of economic opportunities – or even the choice of who to love and marry. But they also let themselves dream of another destiny.

The film also shows older women, worn out by years of hard work and social restrictions, who spend their break times snoozing or discussing their medical problems. For Sehiri, the contrast creates a 'mirror effect': "Perhaps these workers reflect the future of these girls, and at the same time, they're nostalgic for their own youth."

The director said she had given the actors the freedom to improvise dialogues, and was "pleasantly surprised by their ability to express themselves simply, sincerely and spontaneously". Sehiri said the critical acclaim for the film had been "extraordinary" and that "it couldn't be better for a first fiction film played by amateurs".    (AFP)

How is one to convey the history of Islamic images of Muhammad freed from today’s polarised politics? What are the challenges and pinch points of this particular academic ... END_OF_DOCUMENT_TOKEN_TO_BE_REPLACED

A Tunisian farmer attaches a machine to a cow's udder and sets the pump whirring, but he only expects to fetch less than half the normal amount of milk amid soaring fodder prices END_OF_DOCUMENT_TOKEN_TO_BE_REPLACED

The book "The Invention of the Maghreb: between Africa and the Middle East" prompts us to review basic terminology. This includes terms that we use almost every day as if they are ... END_OF_DOCUMENT_TOKEN_TO_BE_REPLACED

The term "Tuareg" refers to tribes and nomads who speak dialects of Tuareg and live in Targa, an area in south-west Libya recently renamed Wadi Al-Hayat but previously known as ... END_OF_DOCUMENT_TOKEN_TO_BE_REPLACED

Where are the measures to deal with the looming challenges facing the Arab world? In this commentary, Marwan Muasher warns that the region is in grave danger of falling behind ... END_OF_DOCUMENT_TOKEN_TO_BE_REPLACED
Date:
Mail:
Send via mail

END_OF_DOCUMENT_TOKEN_TO_BE_REPLACED
Social media
and networks
Subscribe to our
newsletter