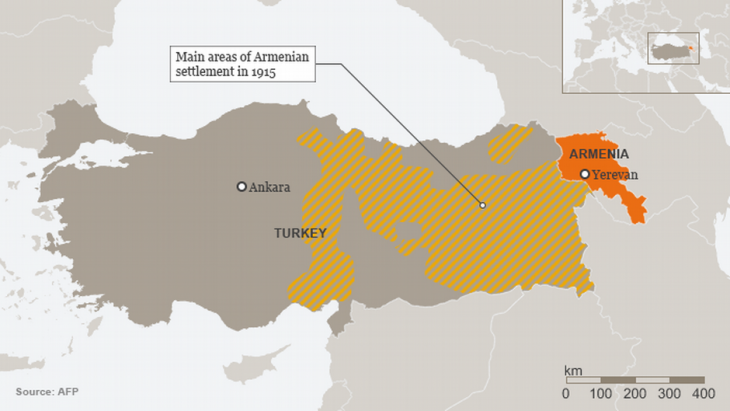 Turkey and Armenia on Friday welcomed "constructive" talks between their special envoys, who met for the first time in Moscow in a bid to mend historically strained ties.

Armenia and Turkey have no diplomatic relations, a closed border and a long history of hostility rooted in mass killings of Armenians under the Ottoman Turks during World War I.

Armenian envoy Ruben Rubinyan and his Turkish counterpart, Serdar Kilic, met "in a positive and constructive atmosphere" on Friday, their foreign ministries said in identical statements. No concrete measures were announced after the 90-minute talks in the Russian capital.

However, the "parties agreed to continue negotiations without preconditions aiming at full normalisation (of relations)", the ministries added. The statements said the date and location of the next meeting would be decided in "due time through diplomatic channels".

Historically tense ties between the two countries deteriorated further in 2020, when Turkey backed Azerbaijan in the latter's war with Armenia for control of the disputed Nagorno-Karabakh region.

The 2020 conflict in Nagorno-Karabakh, an ethnic Armenian enclave in Azerbaijan, claimed more than 6,500 lives. It ended with a Russian-brokered ceasefire under which Armenia ceded to Azerbaijan territories it had controlled for decades.

Armenia and Turkey have since stepped up efforts to improve relations, including the reciprocal appointment of special envoys.

Yerevan announced last month that it was lifting an embargo on Turkish goods that it had imposed in retaliation for Ankara supporting Turkic-speaking Azerbaijan in the Karabakh conflict. In addition, two budget airlines are reportedly set to start flights between Yerevan and Istanbul on 2 February.

In 2009, Turkey and Armenia signed an agreement to normalise relations, which would have led to the opening of their shared border.

However, the document was never ratified by Yerevan, which abandoned the procedure in 2018.     (AFP)

More on this topic
The fate of the Armenians: Vakıflı: The last Armenian village in TurkeyInterview with Georgian historian Beka Kobakhidze: Europe risks being outmanoeuvred in the restive CaucasusFrance, Turkey and the Caucasus: French Armenians plead for Nagorno-Karabakh intervention"Karin" – an Armenian-Turkish music project: From deportations to duets
Home
Print
Newsletter
MoreAll Topics

END_OF_DOCUMENT_TOKEN_TO_BE_REPLACED
Social media
and networks
Subscribe to our
newsletter