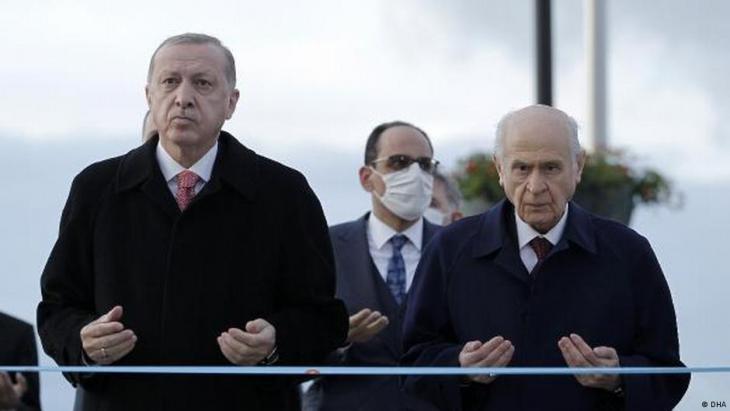 Turkey is turning towards the Turkic nations of Central Asia, intensifying its economic, diplomatic and military relationships with these countries. So what is driving Turkey’s Central Asia policy? Are we seeing a resurgence in nationalist Pan-Turkic geopolitics? Essay by Yasar Aydin

Central Asia is currently the focus of Turkey’s foreign and economic policy, as demonstrated by numerous visits by high-ranking politicians and officers to Turkic nations, increasing economic links and the institutionalisation of bilateral and multilateral relations. Multilateral cooperation has sent Turkey soaring to become a political power in Eurasia.

"We are the branches of one enormous plane tree, the offshoots of one strong trunk": these were the impassioned words Turkish foreign minister Mevlut Cavusoglu chose to describe Turkey’s relationship with Asia. The foreign minister announced the Asia Anew diplomatic initiative at the opening of the eleventh Turkish Ambassadors’ Conference in 2019, introducing the thrust of the enterprise, i.e. to position Turkey as a bridge between Asia and Europe, a Eurasian actor.

Asia is increasingly significant for Turkey – trade and diplomacy with the region, tourism, technology transfers and energy exports to Turkey are constantly growing. Turkey has historic cultural, ethnic and religious links to Central Asia in particular – it’s where Turkey’s history and identity began.

It is why, following the fall of the Soviet Union, Ankara was swift to recognise the independence of the Turkic states, aiding them with nation-building, forming bilateral relationships and supporting them in integrating into the OECD and OSZE. Ankara also assisted them via TİKA, the Turkish Committee for International Cooperation and Coordination.

As early as 1992, representatives from all the Turkic states gathered for a summit in Turkey, from which the Ankara Political Declaration emerged. The declaration expressed a desire to form a "community of Turkic peoples" and found a "union of independent Turkic nations". Eventually, the Turkic Council was launched in 2009; in 2021, it was renamed the Organization of Turkic States (OTS) and granted a new organisational structure and a bigger budget. 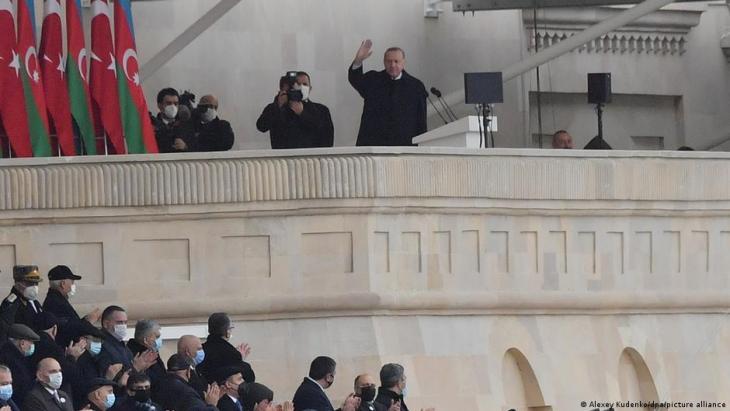 Erdogan celebrates Azerbaijan's victory over Armenia in Baku in 2020: supported by Turkey, the country was able to assert itself militarily against Armenia and recaptured its Armenian-occupied territory in Nagorno-Karabakh. This 'outpost in Azerbaijan' gave Turkey a premise to "more effectively expand its influence in the Turkic-speaking regions of Central Asia", claims Igor Delanoe. The ceasefire between Azerbaijan and Armenia also includes the construction of a road link between Azerbaijan and Armenia, the Zangezur Corridor, which con-nects Turkey to Central Asia via Azerbaijan. This corridor gives Turkey access to the Caspian Sea and its valuable offshore gas reserves, which can then be delivered to Europe, bypassing Russia

The Turkic world: a new political power in Eurasia

The OTS comprises five member states: Turkey, Azerbaijan, Uzbekistan, Kazakhstan and Kyrgyzstan. Hungary and Turkmenistan are party to the organisation as observer states. In 2020 and 2021 respectively, Ukraine and Afghanistan applied to join the organization as observer states. The member states with their more than 150 million people generate a total gross domestic product of 1.1 trillion U.S. dollars. Hungary and Turkmenistan, with populations of 9.7 million and 5.85 million people respectively, with a GDP of 176 billion and 54 billion U.S. dollars respectively.

According to the Turkish foreign ministry, over 4,000 Turkish companies are active in the region. In Kazakhstan, numerous Turkish companies are involved in the food and construction sectors, chemical, pharmaceutical and manufacturing industries. In Kazakhstan alone, projects undertaken by Turkish construction firms amount to a total value of 21 billion U.S. dollars. Turkey is one of the biggest investors in Kazakhstan, ranking as the fourth biggest investor in fields outside the energy sector. Trade between Turkey and Central Asian countries amounted to 6.6 billion U.S. dollars in 2019, remaining at 6.2 billion U.S. dollars in 2020, the first year of the pandemic.

The OTS nations are interlinked – and not just in an economic and political sense. They are also consolidating socially into one Turkic world with a supranational identity, while tourism and migration promote a kind of transnational integration.

A superordinate, supranational consciousness is emerging. The countries of Central Asia are no longer referred to merely as ‘Central Asian nations’; the term "Turkistan" – which was prevalent in the 19th century prior to Russian expansion – is once again being widely used. Much like the phrase 'One nation, two states' which is often used to describe the close relationship between Turkey and Azerbaijan, the phrase 'One nation, six states' is now widespread. 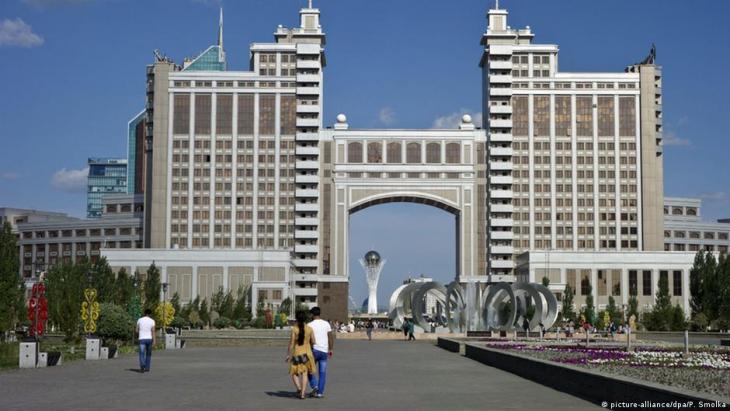 Important markets for the Turkish economy: ethnic and cultural similarities, belonging to the same language group and a similar mentality help Turkish entrepreneurs to gain a foothold in Central Asia. According to the Turkish foreign ministry, over 4,000 Turkish companies are active in the region. In Kazakhstan, numerous Turkish companies are involved in the food and construction sectors, chemical, pharmaceutical and manufacturing industries. In Kazakhstan alone, projects undertaken by Turkish construction firms amount to a total value of 21 billion U.S. dollars. Turkey is one of the biggest investors in Kazakhstan, ranking as the fourth biggest investor in fields outside the energy sector. Trade between Turkey and Central Asian countries amounted to 6.6 billion U.S. dollars in 2019, remaining at 6.2 billion U.S. dollars in 2020, the first year of the pandemic

Two further developments have shown that the OTS is rising to become a geopolitical power in Eurasia. In a joint declaration in 2018, OTS member states supported the Turkish military operation Peace Spring in Northern Syria. In 2020, Azerbaijan made a military advance against Armenia, supported by Turkey, 'liberating' the Armenian-occupied Nagorno-Karabakh region.

This 'outpost in Azerbaijan' gave Turkey a premise to "more effectively expand its influence in the Turkic-speaking regions of Central Asia", Igor Delanoe claims. The ceasefire between Azerbaijan and Armenia also includes the construction of a road link between Azerbaijan and Armenia, the Zangezur Corridor, which connects Turkey to Central Asia. This has led to a pipeline route for Caspian natural gas, one which bypasses Russia.

Turkey has become an important economic partner for Central Asian nations. Ethnocultural commonalities, a sense of belonging to the same language group and a similar approach to the world has helped Turkish companies gain a foothold in Central Asia. Does Turkey’s policy in Central Asia stem from a nationalist geopolitics, from some notion of Pan-Turkism?

Pan-Turkist Eurasianism focuses on Turkic-speaking peoples, with the aim of forging a political union between these groups. This kind of Pan-Turkism, and the idea of a Turkic union, possess an enormous draw for large swathes of Turkey’s population – particularly for those sceptical of or disappointed by Europe. The nationalist National Movement Party (MHP) exists within this tradition of geopolitical Pan-Turkism and Turkish irredentism, and is part of the People’s Alliance, President Recep Tayyip Erdogan’s ruling bloc.

There are two key arguments against Pan-Turkism. The first is that Central Asia has already experienced an upgrade when it comes to Turkish foreign policy, prior to the People’s Alliance and close contact with left-wing nationalist Eurasianists – TİKA was founded in 1992, the Cooperation Council of Turkic-speaking States in 2009, and the YTB in 2010.

Secondly, the OTS and the envisaged economic union do not fit the concept of a Great Turkic Community, the political union of all Turkic peoples in one territorial state, or a 'Turan' Confederation, as is spoken of by proponents of Pan-Turkism. 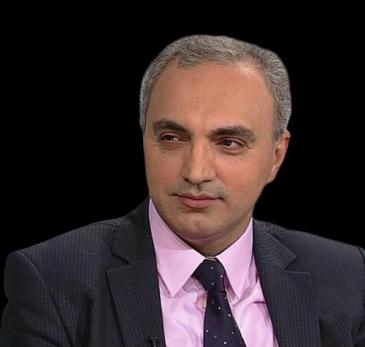 Dr Yasar Aydin is a lecturer at the Protestant University of Applied Sciences in Hamburg and affiliated Senior Researcher of the Foreign Policy Institute at the Middle East Technical University Ankara. His research areas include migration, international relations, geopolitics, German foreign policy and Turkey. In addition to specialist articles on Turkey and migration, he writes commentaries for Turkish and German newspapers. His most recent book is "Turkei", published in German by Wochenschau

Nevertheless, ultranationalist forces in Turkey are flirting with Pan-Turkist rhetoric, which is occasionally met with criticism in the media outside of Turkey. Thirdly, it is important not to understate the influence Pan-Turkist spheres have on Turkish foreign policy.

Geostrategic interests in a multipolar world

Turkey’s foreign policy and its Central Asia policy is rather a matter of balancing regional powers and superpowers, combatting risks to security, securing the country’s status as a regional power and being capable of engaging in global politics.

When considering it within a global context, it is possible to observe Turkey’s Central Asia policy from a different angle. The structural transformation of the international system – the emergence of a multipolar world – and economic and geopolitical power shifts give Ankara the impulse required to concentrate on Central Asia.

The United States is responding to these geo-economic and geopolitical powershifts – the rise of China and Russia’s ambitions to become a superpower – with a double-pronged strategy. They seek, first of all, to isolate Russia in Eastern Europe and in the Middle East, and China in the South China Sea, and curb their power.

Secondly, they are trying to prevent an anti-hegemonic alliance developing between China, Russia and Iran. This constellation of interests in a multipolar world strengthens Turkey’s geopolitical position and lends its foreign policy greater scope for action. By engaging in bilateral cooperation with Central Asia, Turkey hopes to grant its attempts to shape its region added diplomatic emphasis.

Turkey’s move towards Central Asia and its multilateral cooperation with Turkic nations is founded on practical geo-economic and geostrategic motives. For Turkey, it is a matter of gaining autonomy from the West, projecting power in its region, and building a counter-power to the superpowers of Russia and China, and the regional powers of Iran and Saudi Arabia. In short, it is about having a say, both regionally and on the world stage.

Many Turks are dissatisfied with the international status of their country. At the same time, opinion polls reveal great scepticism among the Turkish population towards the USA. ... END_OF_DOCUMENT_TOKEN_TO_BE_REPLACED

From the Euphrates to the Mekong, dams that ensure one country's water supply risk leaving others parched. But shared water resources can be a source of peace as well as conflict ... END_OF_DOCUMENT_TOKEN_TO_BE_REPLACED

Turkish-Armenian rapprochement kicked off in Moscow in January, after a break of 13 years. This time, focusing on relatively easy fixes such as trade and transportation, both ... END_OF_DOCUMENT_TOKEN_TO_BE_REPLACED

Russia is seeking to shore up the government of Kazakhstan and is sending in the military. For President Putin, there is more at stake than simply his influence in a partner ... END_OF_DOCUMENT_TOKEN_TO_BE_REPLACED

The balance of power on Europe's eastern borders is shifting. Georgian historian Beka Kobakhidze speaks from Tbilisi about rivalry and emerging alliances in the region, an ... END_OF_DOCUMENT_TOKEN_TO_BE_REPLACED

After more than a month of war, there is a new ceasefire between Armenia and Azerbaijan. But whether it will last remains questionable. The conflict in Nagorno-Karabakh sees ... END_OF_DOCUMENT_TOKEN_TO_BE_REPLACED
Author:
Yasar Aydin
Date:
Mail:
Send via mail

END_OF_DOCUMENT_TOKEN_TO_BE_REPLACED
Social media
and networks
Subscribe to our
newsletter