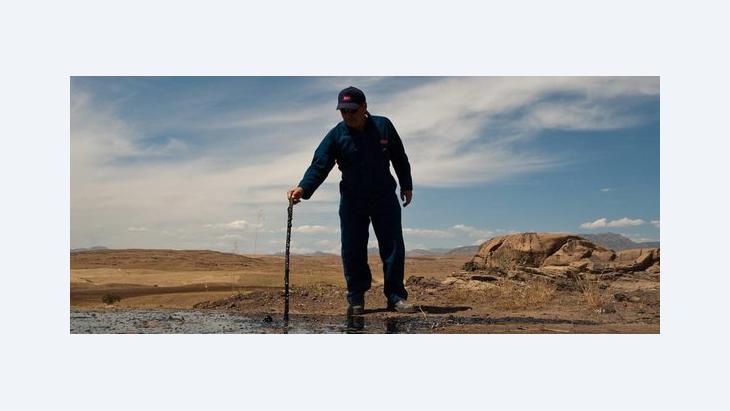 Turkey's prime minister Erdogan envisions a new regional order under Turkish leadership, based on a realignment between Turks and Kurds that underpins a strategic partnership for exploiting the region's last untapped energy resources. By Sinan Ulgen

﻿Conflict in the Middle East threatens not only the SECURITY of many of its states, but also their continued existence. Syria, Iraq, Lebanon, and others, now gripped by sectarian fighting, risk fragmenting into ethnic sub-states, transforming a region whose political geography was drawn nearly a century ago.

Surveying the regional scene, Turkish Prime Minister Recep Tayyip Erdogan has conceived of an audacious plan to enhance Turkey's regional standing and extend his own political dominance at home. Facing the end of a self-imposed three-term limit as prime minister, he is intent on changing the Turkish constitution to introduce a presidential system – with himself on top as the first incumbent to wield much-enlarged power. 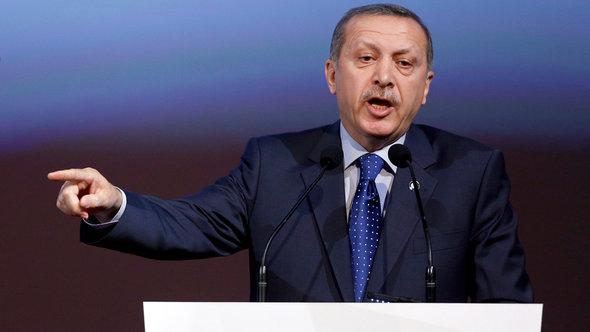 Turkish Prime Minister Recep Tayyip Erdogan has conceived of an audacious plan to enhance Turkey's regional standing and extend his own political dominance at home. But the stakes for him could not be higher, writes Sinan Ulgen

​​Erdogan's plan, however, depends on ending Turkey's 30-year conflict with its own Kurdish population. As a result, the Erdogan government has decided on negotiations with Abdullah Ocalan, the jailed leader of the Kurdish Workers' Party (PKK), the armed Kurdish resistance movement.

The hope is to agree on a new, more liberal constitution that will strengthen the rights of Turkey's largest ethnic minority and include substantial devolution of power to regional governments. In return, the PKK is expected to end its three-decade-long fight against the Turkish state.

On March 21, at a mass rally attended by almost one million people in the southeastern Turkish city of Diyarbakir, Ocalan delivered a message of peace from his prison cell. He called for the end to armed struggle, and invited the PKK's fighters to leave the country.

For Erdogan, the stakes could not be higher. Erdogan envisions putting the constitutional changes and the terms of peace to a national referendum, a linkage that would transform Turkish politics.

If the negotiations succeed, he will be remembered for his historic role in bringing peace, and will likely stand a better chance of realizing his presidential ambition, having gained parliamentary support for revising the constitution from the Kurdish Peace and Democracy Party.

If negotiations fail, however, Erdogan will be held responsible for any deterioration in the security environment that results. A recently leaked account of Ocalan's strategy highlights the risk, for it cites the PKK leader as threatening the government with full-scale war.

Rapprochement with the Kurdish Regional Government

At the same time, the Turkish government is pursuing a separate path of negotiations, through a rapprochement with another Kurdish authority – the Kurdish Regional Government (KRG) in northern Iraq. The grand vision is to integrate Iraqi Kurdistan into the Turkish economy. 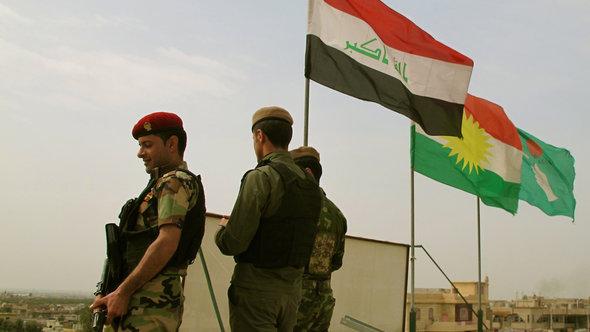 Oil and politics: The Kurdish Regional Government is believed to grant Turkey substantial concessions to explore new oil and gas fields in northern Iraq, as well as preferential rates for energy exports. The US is claiming that this would undermine Iraq's stability and fuel secessionist tendencies in the north

​​Turkey already supplies most of the KRG economy's imports, which accounted for 70% of Turkey's almost $11 billion in exports to Iraq last year. But it is the incipient energy deal between Turkey and the KRG that is set to build the foundation for a real strategic alliance.

The undisclosed deal is believed to grant Turkey substantial concessions to explore new oil and gas fields in northern Iraq, as well as preferential rates for energy exports to Turkey. In return, Turkey is to help the KRG build pipeline infrastructure that will allow oil and gas to be exported to Turkey without relying on Iraq's national pipeline, which is controlled by the central government in Baghdad.

Within the Turkish government, this opening is viewed as an immense opportunity to reduce Turkey's heavy dependence on energy imports. In addition to securing energy supplies, the deal would help Turkey to overcome its chronic current-account deficit: roughly 70% of the country's $84 billion trade deficit is due to the import bill for energy supplies.

For the KRG, the deal would secure the region's future economic wealth without holding it hostage to an increasingly unsympathetic Iraqi government. Under Iraq's constitution, the Kurdish region is entitled to 17% of the country's oil and gas revenues. But the distribution of proceeds from hydrocarbons is irregular, and the central government has accumulated significant arrears. The KRG hopes that a deal with Turkey would allow it to obtain more regular and predictable hydrocarbon revenues.

A threat to Iraqi stability?

But the United States remains adamantly opposed to such a deal between Turkey and the KRG, claiming that it would undermine Iraq's stability and fuel secessionist tendencies in the north. In late February, during his overseas trip, which included a stop in Ankara, US Secretary of State John Kerry reiterated these concerns in his talks with his Turkish counterparts.

America's fears are not shared in Turkish government circles, where the deals between the US oil giants Exxon and Chevron and the KRG are seen as proof that America is more concerned about its share of the pie in northern Iraq than it is about alleged threats to that country's stability. Not surprisingly, Erdogan's government has decided to pay little heed to US government concerns.

The sectarian strains that are now rending societies across the Middle East are likely to change the regional map. Erdogan has now developed a plan that would take advantage of this development, ensure his political control, and lock in energy security for his country. He envisions a new regional order under Turkish leadership, based on a realignment between Turks and Kurds that underpins a strategic partnership for exploiting the region's last untapped energy resources.

Sinan Ulgen, Chairman of the Istanbul-based Center for Economics and Foreign Policy Studies (EDAM), is a visiting scholar at Carnegie Europe.

Any reconciliation between Turkey and Syria’s Assad regime would have disastrous consequences for many Syrians, explains Syria expert Kristin Helberg END_OF_DOCUMENT_TOKEN_TO_BE_REPLACED

Iraq bears the scars of decades of conflict and has seen its antiquities plundered, yet the House of Manuscripts' collection has managed to survive END_OF_DOCUMENT_TOKEN_TO_BE_REPLACED

As Syrian camps housing families of Islamic State fighters get more dangerous, there are calls to bring children out, even if the mothers don't want to go. The idea of separating ... END_OF_DOCUMENT_TOKEN_TO_BE_REPLACED

Morocco has taken the 2022 World Cup by storm, with the northwest Africans reaching the semi-finals for the first time in their soccer history. As the knockout match approaches, ... END_OF_DOCUMENT_TOKEN_TO_BE_REPLACED

The Islamic Republic has been unable to quell the civil unrest that erupted three months ago, after Mahsa Amini died after being detained for violating hijab rules. Now the ... END_OF_DOCUMENT_TOKEN_TO_BE_REPLACED

The Kurds are under attack from two sides: from Turkey, and from Iran. The situation in their territories in northern Iraq is becoming increasingly desperate. Birgit Svensson ... END_OF_DOCUMENT_TOKEN_TO_BE_REPLACED
Author:
Sinan Ulgen
Date:
Mail:
Send via mail

END_OF_DOCUMENT_TOKEN_TO_BE_REPLACED
Social media
and networks
Subscribe to our
newsletter