Turkey and the Middle East
A Trustworthy Mediator

Turkey has skilfully expanded its influence in the Middle East in recent years. The country could also help the EU advance its interests in the region – thus it is about time Europe finally recognised the possibilities offered by a closer collaboration, says Hüseyin Bagci 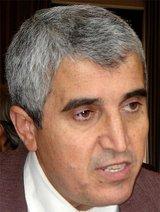 Turkey's EU membership would have far more positive than negative effects for both sides, according to Hüseyin Bagci, Professor of International Relations in Ankara, Turkey

​​Turkey has been pursuing a foreign policy for six years now that differs significantly from traditional Turkish foreign policy. "Turkey is on the path from being a regional power to becoming a global player", declared Turkish foreign minister Ali Babacan on July 16 in Ankara in the presence of approximately 110 Turkish ambassadors convened from around the world.

Babacan also addressed in his speech, received with great interest all over Turkey, the new regional and international challenges faced by the country. Turkey has declared its readiness to take on the political as well as the moral responsibility for meeting these challenges, said Babacan. At the same time he announced that Turkey would continue in the future to follow its concept of a multi-dimensional foreign policy and to cultivate diplomatic relations with all international players – without abandoning its goal of attaining EU membership.

Turkey, however, will not primarily derive its political weight from its military influence; instead the country intends to act more as a "civilian power" in the future.

The main architect of the Turkish foreign policy, Ahmed Davudoglu, serves as Prime Minister Erdogan's chief advisor. The university professor is regarded as an advocate of the realist school. Davudoglu is committed to the goal of establishing Turkey in international politics as a "soft power". At the same time, the country is to gain influence through its role as mediator.

To be credible in the role of mediator for all parties involved, however, is extremely complicated. This became apparent, for instance, when the Turkish government invited a Hamas delegation to Turkey in February 2006, despite protests from the Israeli government and the EU. Even in Turkey the government's policy of pursuing such bold diplomatic manoeuvres was strongly criticised.

Two year after this controversial visit it is evident that Hamas used Turkey as a diplomatic springboard and that the Turkish government became the victim of its own politics: for, despite all attempts to mediate, Hamas has not budged an inch from its political stance on Israel. The Turkish government – who traditionally has maintained excellent contacts to Israel – had hoped to "domesticate" Hamas on this point, which later proved to be a great mistake.

Despite such blunders Turkey's political weight in the Middle East has grown significantly, not least of all because Turkey and Syria – traditional enemies – have developed friendly relations over the course of the not too distant past. Syria, with regard to the Middle East conflict, is a key state – without Damascus no progress can be made in peace negotiations.

Over the long run Turkey has heavily invested in Middle East politics. As a result, a very close political, economic and cultural relationship has developed with Arab countries: a great breach in traditional Turkish politics. In the modern history of the Middle East Turkey has never enjoyed as much respect as it does today. Its political sphere is greater than it ever has been since the collapse of the Ottoman Empire.

Presidents Shimon Peres of Israel, left, Abdullah Gul of Turkey, center, and Mahmoud Abbas of Palestinian Authority pose for cameras before their meeting in Ankara, 13 November 2007

​​Turkish-Israeli relations have also experienced their ups and downs, but Israel knows, as does Turkey, that both countries are "natural partners" in this region, as Henry Kissinger once formulated it. Turkey has now assumed an active role for the first time in Israeli-Palestinian peace talks. A special moment that underscores Turkey's importance as mediator was the joint appearance of Shimon Peres and Mahmud Abbas before the Grand National Assembly of Turkey in November of last year. A short while later Turkey took on the new role of mediator between Syria and Israel. With this step Turkey entered new diplomatic territory.

Commentators and experts in Turkey and abroad were initially not convinced that Turkey could successfully fulfil its role as a mediating "soft power". This estimation, however, has since been proven wrong.

Turkey, valued as a "reliable partner"

While Syrian-Israeli negotiations are being informally held in Ankara and Istanbul, the High Representative for the Common Foreign and Security Policy of the EU, Javier Solana, and the Iranian nuclear negotiator, Ali Larijani, met in Ankara in April 2007 in Ankara. Shortly thereafter Turkey also began to act as mediator between the USA and Iran. Interestingly, Turkey is appraised as a "reliable partner" by all the parties involved in the conflict.

The European Union is also benefiting from Turkey's new role, alone because the country's democratic system withstood the severe tests of the past few years. Democratic Turkey is thus a model for the entire Islamic world. Also, its continued efforts to attain EU membership makes Turkey seem more reliable in the eyes of Middle Eastern countries.

Due to its strong economic growth in recent years Turkey has become a regional economic power with a gross national product of around 700 billion dollars. The Middle East will remain in the foreseeable future the region with the largest oil and gas reserves in the world. The security problems and conflicts in the region are still a risk factor. Through its growing influence in the region Turkey can help advance Europe's interests in the region.

Turkey has skilfully expanded its influence in the Middle East in recent years. The country could also help the EU advance its interests in the region, according to Hüseyin Bagci

​​Turkey, with the exception of Israel, is the largest functioning democracy and market economy in the entire region. The question is not who needs whom, but how Turkey and the EU can work together to help mediate conflicts and contribute to economic development in the region. Through this new constellation entirely new parameters have emerged in European-Turkish relations – therefore both sides ought to revise their politics correspondingly.

These new developmental directions in Turkey's foreign policy are not alternatives to EU membership. Instead these developments are the dawn of a new political era, characterised by complementary paths. Like former governments, Erdogan's government sees no alternatives to a EU-friendly policy. On the contrary, it remains the non-partisan goal of the Turkish state to be respected as a member of the Western club. And in the foreseeable future Turkey will remain on a western course – with the idea of renewing and modernising the Islamic world, an idea, incidentally, that can be traced back to the 19th century.

A favourable moment for setting courses

In conclusion, one thing should be kept in mind: The Islamic world is already in the midst of a dramatic phase of upheaval, and Turkey as an important player will accompany and help to shape these changes in the future – whether with or without the EU. What is clear, however, is that it would be better if these changes were shaped together with the EU.

In fact, Turkey has two faces: an eastern and a western one. For Europe this moment is a window of opportunity to continue to draw Turkey in as a partner, perhaps one day even as a full member! Europe should not let this favourable opportunity pass by.

Professor Hüseyin Bağci works as professor of international relations at the Middle East Technical University in Ankara as well as deputy chairman of the Centre for European Studies. Various publications on Turkish foreign policy. Bagci also works as a TV commentator and columnist for the Turkish Daily News in Ankara.

END_OF_DOCUMENT_TOKEN_TO_BE_REPLACED
Social media
and networks
Subscribe to our
newsletter