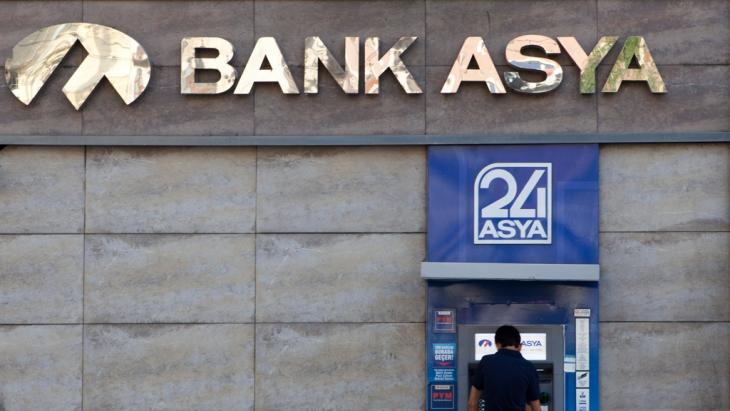 Can religious faith, God and money ever be brought into a harmonious co-existence? Yes, they can, say the acolytes of Islamic banking. Islamic banks are becoming ever more popular in Turkey, even if not everyone is particularly enthusiastic about the development.

Islamic banks – so-called participation banks – are growing in popularity in Turkey. Statistics released by the Participation Banks Association of Turkey (TKBB) reveal that Islamic banking in Turkey has been growing at a rate of around 25 to 30 per cent a year since 2006. The number of branches in the country has grown from around 800 at the beginning of this year to more than 900 at the present time.

There are currently four banks operating in the market. Three of them are based in the Gulf and all have impressive sounding names: "Bank Asya", "Turkiye Finans", "Kuveyt Turk" und "Albaraka Turk".

The participation banks are run in accordance with Islamic law. The Koran actually forbids both the charging and paying of interest, so Islamic banks are not permitted to charge interest on loans in the way other banks do. What they are permitted to do, however, is share profits, the participation banks raising capital on the basis of profit and loss sharing agreements. 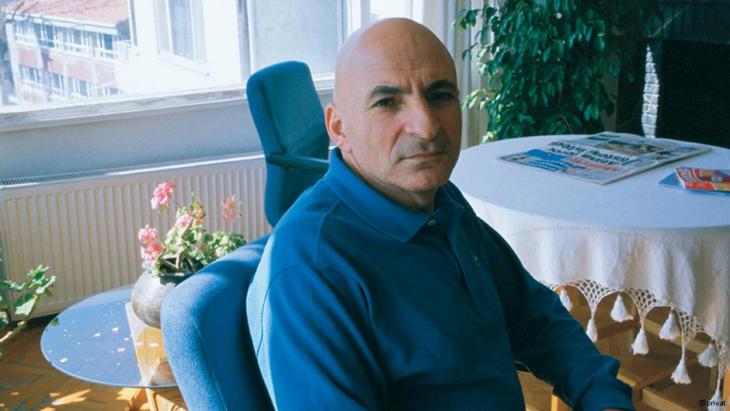 "Turkey wants to profit from being an Islamic country": Mustafa Sönmez, economist

Thus, rather than lending money, the Islamic banks make their customers participants in the bank. The banks generate their income through trading in goods or property. It is therefore a commercial relationship that exists between the banks and their customers. The equivalents of bonds in Islamic banking are "Sukuks".

"We are very close to our customers and we know exactly what our money is used for. In conventional banking practice, borrowers can use the money whenever and for whatever they want. Cash flow is less transparent. Accounts with us are partnerships. The accounts can only register a profit if the bank is making money. If the bank suffers a loss, the account will have to take the consequences of that", explains Osman Akyuz, secretary general of Participation Banks Association of Turkey. For this reason, he says, a devout Muslim can make use of this type of banking with a clear conscience.

The Turkish government has been availing itself of Islamic financing since the late 1980s, a time when the service was still being offered by private financial institutions. They achieved official recognition as participation banks in 2006.
In 2010 the Kuveyt Turk bank issued the first Islamic state bond, Akyuz explains. "Last year the government launched a $1.5 billion Sukuk on the international market. This year it was $3.3 billion," says Akyuz. The strong growth of the participation banks is expected to continue in the coming years.

The rise of Islamic banking in Turkey has increased fears among secular Turks that it may be manifestation of an increasing Islamification of the country. The ruling AK Party of Prime Minister Tayyip Erdogan, which has been in power for the past ten years, has often found itself on the receiving end of criticism due to its conservative Islamic orientation. The expansion of the Islamic banking industry has nothing to do with an Islamification of Turkey however, Akyuz argues.
"It is a purely economic phenomenon. It is about participation and that is something that appeals to the Islamic world," the secretary general explains. In any case, there was no such thing in the world of finance as Jewish, Christian or Muslim financing, Akyüz stresses.

According to economist and financial expert Mustafa Sönmez, the Islamic banking sector has no significant influence on either the political or the economic situation in Turkey as its share of the Turkish banking sector amounts to only around five per cent. "Turkey needs foreign capital," says Sönmez. "It is irrelevant whether the capital comes from a Christian or Islamic source. Naturally, Turkey wants to profit from being an Islamic country," Sönmez adds. "The banks specifically target the countries with petrodollars with the aim of persuading them to invest in Turkey." Since Turkey needs investment from all over the world, Islamic capital would never be able to replace traditional capital flows, Sönmez emphasizes.

"It is just a way of getting finance, investment, attracting money", says Osman Akyuz. The general secretary is keen to point out that Islamic banks are also active in non-Muslim countries. The participation bank "Kuveyt Turk", for example opened a branch in Germany in 2010. The "Islamic Bank of Britain" opened in 2004 and now has four branches in England.

The participation banks in Turkey are planning major investment in large-scale projects in the future. "We could help with projects such as the building of the third bridge over the Bosphorus, or the third airport for Istanbul, by offering financing and issuing Sukuks," says Akyüz.

On his recent visit to Cyprus, Turkish President Erdogan continued to bang his two-state drum, insisting that this is now the only viable option for the divided island. By ... END_OF_DOCUMENT_TOKEN_TO_BE_REPLACED

Some companies in Germany are reluctant to hire Muslims. But it is not only the Muslim applicants who are losing out, so too are the companies. After all, there are multiple ... END_OF_DOCUMENT_TOKEN_TO_BE_REPLACED

Artists and intellectuals in Turkey are coming under massive pressure. Since the attempted coup against Erdogan by parts of the military in 2016, the government has intensified ... END_OF_DOCUMENT_TOKEN_TO_BE_REPLACED

The disappearance of Razan Zeitouneh and her colleagues has been one of the greatest mysteries of the Syrian war – until today. DW's investigative unit hunted clues across six ... END_OF_DOCUMENT_TOKEN_TO_BE_REPLACED

How can the various realities of Kurdish life, shaped by depression, resistance and war, be depicted in art? This is the question addressed by the “bê welat – the unexpected ... END_OF_DOCUMENT_TOKEN_TO_BE_REPLACED

Almost all NATO troops have withdrawn from Afghanistan. Turkey is looking to fill the gap and is offering itself as a new protective power. But the Taliban are sending clear ... END_OF_DOCUMENT_TOKEN_TO_BE_REPLACED
Author:
Senada Sokollu
Date:
Mail:
Send via mail

END_OF_DOCUMENT_TOKEN_TO_BE_REPLACED
Social media
and networks
Subscribe to our
newsletter