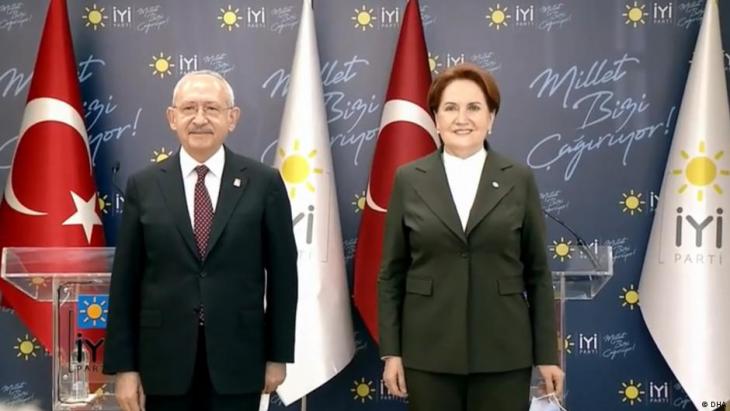 For the first time in 19 years, polls suggest Turkey's opposition could be on track to defeat President Erdogan at the next election. To boost their appeal to Kurdish voters, politicians are now talking openly about solving the Kurdish issue. But how sincere are they and how realistic their chances of success? Leyla Egeli reports

With the opposition's Nation Alliance increasingly confident of wresting power from Erdogan at the next election, thereby concluding twenty years of rule by the conservative Justice and Development Party (AKP), the idea of a new peace process to address Kurdish concerns is once again being broached.

It is six years since the last 'peace process', intended to end hostilities between the militant Kurdistan Workers' Party (PKK) and the Turkish army, collapsed. For their part, the ruling AKP and its ultra-nationalist ally, the MHP, claim they have solved the issue, thus producing "unity across the nation". But opposition leaders maintain the issue is a matter for parliament – a move apparently calculated to attract pro-minority People's Democratic Party (HDP) voters in the upcoming elections.

CHP’s approach to the peace process

The main opposition party – the CHP (Republican People's Party) – criticised the AKP administration during the last peace process, which began in 2013, for liaising directly with senior members of the PKK via intelligence channels and communicating solely with the pro-minority HDP, rather than bringing negotiations to parliament for more transparency.

When the process broke down in 2015, CHP chair Kemal Kilicdaroglu blamed the government for not being serious about finding a solution and called in parliament for a "reconciliation commission" to be set up.

Six years on, there is little sign that hostilities are abating. After countless military operations against the PKK in Turkey, northern Syria and northern Iraq, and with the HDP facing an official ban by the Supreme Court for "co-operating with a terror group", Kilicdaroglu has once again called for a peace process. 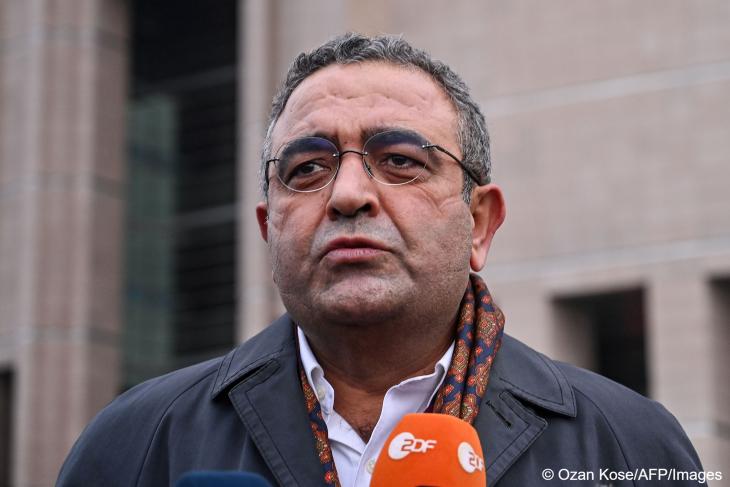 Hopeful of gaining support from the pro-Kurdish HDP: Sezgin Tanrikulu, human rights lawyer, MP and adviser to CHP chair Kilicdaroglu, points out that the HDP supported the bill his party brought to parliament during the previous peace process, and that they could be on the same page once again: "We offered to create a 'reconciliation commission' made up of MPs from all the political parties in the parliament, and establish a 'common mind committee'. The commission was to give the committee authority and legitimacy to speak to those parties to the conflict, and everything would be on the record"

He is also demanding that the HDP should be represented in parliament. Yet he appears to ignore the importance of PKK leader Abdullah Ocalan to the majority of HDP voters: "It’s crucial that the HDP is represented in the Turkish parliament. But Imrali [a reference to PKK leader Abdullah Ocalan; Imrali is where he has been jailed for more than 20 years] is not legitimate. The issue must be solved by a legitimate body."

According to recent polls, the pro-minority HDP can still expect to take around 10 percent of the vote, and it has not entered into any alliance. The combined potential of the remaining opposition parties are not enough to present a viable challenge to President Recep Tayyip Erdogan, which is why the opposition is hoping to gain the support of HDP voters.

Kilicdaroglu's latest initiative is a positive step, indicating that his party is open to moving towards reconciliation if they are elected. But it drew a swift reaction from senior HDP party members. Former HDP co-chair, Sezai Temelli, argued that the parliament is crucial, but that Ocalan is key to solving the problem. HDP’s current co-chair Mithat Sancar agreed, saying that "Imrali will definitely play a role in the process".

In interview with Qantara.de, CHP MP Sezgin Tanrikulu, a human rights activist, lawyer and an adviser to Kilicdaroglu, nevertheless emphasised that the HDP supported the bill his party brought to parliament during the peace process, and that they could be on the same page once again:

"We offered to create a 'reconciliation commission' made up of MPs from all the political parties in the parliament, and establish a 'common mind committee'. The commission was to give the committee authority and legitimacy to speak to those parties to the conflict, and everything would be on the record."

The oblique reference to 'parties to the conflict' would appear to imply the PKK and Ocalan. Tanrikulu believes the HDP would support the bill, were it to be tabled in parliament again. 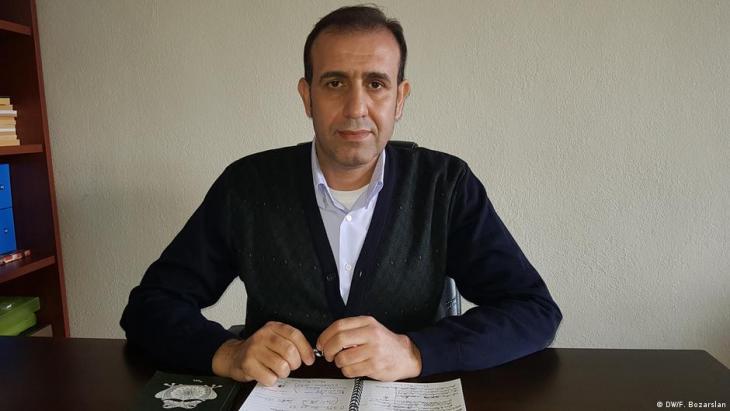 Repulican People's Party unlikely to show its hand until just before the election: "Current CHP policy is to stay away from topics that might create division and problems within the Nation’s Alliance, and the Kurdish issue is one of them," says Vahap Coskun, law professor at Diyarbakir's Dicle University, in Kurdish-majority eastern Turkey. He is convinced, however, that " owing to the lack of options for Kurdish voters", it is likely the latter will vote for the Nation’s Alliance candidate if they feel the individual candidate is committed to ensuring genuine representation of all identities

Senior HDP member Meral Danis Bestas confirmed that "there is no way to solve the issue, other than dialogue", and that the HDP supported an 'on the record' process via parliament. But does the party believe in the sincerity of the opposition bloc?

She answered, "You may think this is naive, but if the opposition takes a positive approach, there will be more commitment to finding a solution. Political parties – nationalist or otherwise – can have an impact on the masses. We experienced it during the peace process."

How is the IYI’s stance affecting Kilicdaroglu?

The nationalist masses referred to by Bestas are the supporters of the Good Party (IYI), who present another obstacle to CHP’s efforts to send positive signals in the direction of the HDP.

The IYI, which was founded by politicians who broke away from the nationalist MHP in 2017, is CHP’s ally in the Nation Alliance. Although IYI Party members originally gave their support to Kilicdaroglu when he called for a parliamentary solution, there have been some raised eyebrows among its supporters in response to the CHP chair's latest initiative.

On a recent tour through mostly Kurdish-populated southeast Turkey, IYI Party chair Meral Aksener was approached by a Kurdish man, who declared: "You may deny Kurdistan, but you are in Kurdistan right now." With her nationalist voter base monitoring the rhetoric and aware of the sensitive nature of the issue, Aksener appeared to weigh her response carefully. Ultimately, however, she admitted she couldn’t accept the word "Kurdistan".

After a flurry of reactions – positive and negative – from both sides, she dug in further, claiming the man was working for the HDP, and that "Kurdistan" was an expression used by the "terror group". Later she called on the HDP to maintain a suitable distance from the PKK.

With much of Turkish society expecting an election sooner rather than later, the IYI and the CHP seem less than united in their approach to the Kurdish issue. Late in October, when the CHP objected to a bill giving the government authority to send Turkish soldiers to Iraq and Syria for another two years, the IYI voted in favour of the military campaign. 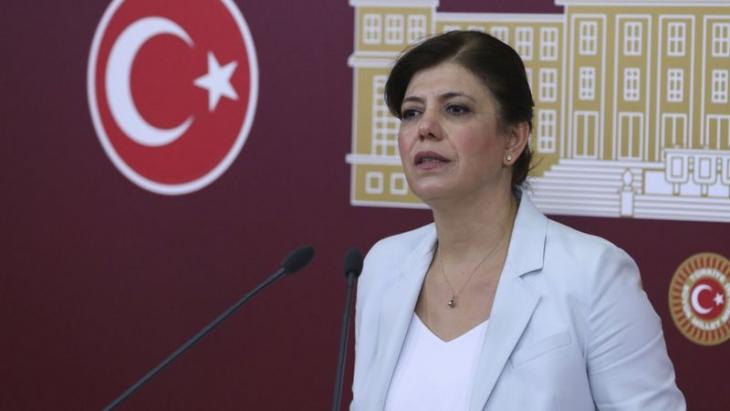 Dialogue is the only way: with the HDP party facing an official ban by Turkey's Supreme Court, it is crucial that Kurdish concerns are heard. "If the opposition takes a positive approach, there will be more commitment to finding a solution. Political parties – nationalist or otherwise – can have an impact on the masses," says HDP politician Meral Danis Bestas

Vahap Coskun, a professor of law at Dicle University in Kurdish-majority Diyarbakir, said that he didn't think the CHP would produce a serious plan for moving forward on the Kurdish issue until the elections. "Their policy is to stay away from topics that might create division and problems within the Nation Alliance, and the Kurdish issue is one of them. The CHP is merely sending a message to HDP voters that they will stand alongside them."

Meanwhile, the IYI is trying to consolidate support among its mostly urban, nationalist voter base. But is this indecisive policy fostering trust among HDP supporters that the Nation Alliance will breathe new life into the peace process should they come to power?

HDP voters showed they could be supportive during the 2019 local elections, says Tanrikulu, when they voted for the Nation Alliance candidates. He believes the issue could be solved with the genuine support of the IYI: "It is an issue that concerns Turkey: all sections of society should be included. I believe the IYI will show it is willing to help find a parliament-sanctioned solution to the problem."

Coskun, on the other hand, is convinced that, "owing to the lack of options for Kurdish voters", it is likely the latter will vote for the Nation Alliance candidate if they feel the individual candidate is committed to ensuring genuine representation of all identities.

When asked whether the Nation Alliance would be capable of putting forward constructive proposals on the path to future peace, he said it all depended on the strength of their parliamentary mandate.

Although it may not be a priority when they enter government, if the CHP – with the support of the HDP – treads a careful, middle-of-the-road path towards a Kurdish solution, it is likely they will get the green light from their political partners.

Erdogan and the Kurdish conflict: A battle for votes

The Kemalist CHP and the Kurdish HDP: Decision time for Turkeyʹs opposition

How is one to convey the history of Islamic images of Muhammad freed from today’s polarised politics? What are the challenges and pinch points of this particular academic ... END_OF_DOCUMENT_TOKEN_TO_BE_REPLACED

A Tunisian farmer attaches a machine to a cow's udder and sets the pump whirring, but he only expects to fetch less than half the normal amount of milk amid soaring fodder prices END_OF_DOCUMENT_TOKEN_TO_BE_REPLACED

Food prices doubled, salaries halved, banks restricting withdrawals: Egyptians now have the same problems as the Lebanese. But if things get worse here, the fallout will be far ... END_OF_DOCUMENT_TOKEN_TO_BE_REPLACED

Any reconciliation between Turkey and Syria’s Assad regime would have disastrous consequences for many Syrians, explains Syria expert Kristin Helberg END_OF_DOCUMENT_TOKEN_TO_BE_REPLACED

Iraq bears the scars of decades of conflict and has seen its antiquities plundered, yet the House of Manuscripts' collection has managed to survive END_OF_DOCUMENT_TOKEN_TO_BE_REPLACED

END_OF_DOCUMENT_TOKEN_TO_BE_REPLACED
Social media
and networks
Subscribe to our
newsletter