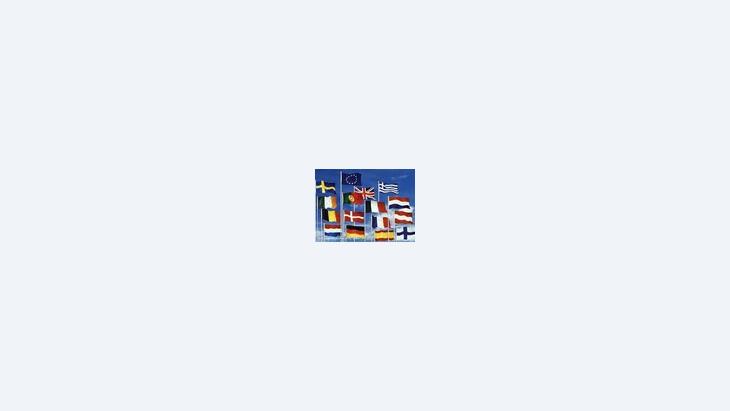 Now that the European Commission has given its nod to Ankara, EU leaders are set to make a final decision on starting accession talks at a December summit. DW-WORLD looks at how many of the big players see the issue.

​​If the European Commission's recommendation is approved by the 25 EU leaders at the end of the year summit, entry talks could begin in late 2005, bringing to head years of lobbying by Turkish leaders who say their country could form a bridge between Muslim countries and Europe.

But the issue of Turkish membership in the EU has been hotly debated both in Brussels and in the member states. Here's a look at what some of the key players in the debate have to say.

Germany -- Chancellor Gerhard Schröder's government is one of the most vocal proponents of welcoming Turkey into the bloc. With one eye on Germany's 2.5 million Turks, the coalition of Social Democrats and Greens back voting for membership talks at the December summit. Just days ahead of the Commission's endorsement, Schröder met with Erdogan and gave him his word that "if the criteria will have been met, Germany will vote in favor of accession talks."

The opposition Christian Democrats and the Christian Social Union oppose entry and are pushing instead to give Turkey a "privileged partnership." They argue that the predominantly Muslim country does not fit with European ideals.

A poll of 1,000 Germans conducted for public broadcaster ARD of Sept. 28-29 found 55 percent of would support Turkey joining the EU "in the medium to long term," with 41 percent opposed. Surveys in the past have shown that a majority of Germans oppose Turkish membership.

France -- President Jacques Chirac personally supports Turkish entry, but his conservative Union for a Popular Movement party is largely against it as is Prime Minister Jean-Pierre Raffarin. In an attempt to quell the criticism, Chirac has called for changing the French constitution to allow a referendum before Turkey eventually joins.

The latest IPSOS poll on Sept. 24 showed 36 percent of voters support Turkish entry now, 56 percent against and 8 percent without a response. Some 63 percent of the French said they could imagine Turkey joining the EU in the future.

Britain -- Prime Minister Tony Blair's Labor government is "profoundly and absolutely committed to determining a start date for the negotiations in December," Foreign Secretary Jack Straw said in September. In the last several months, Britain has argued tirelessly that Turkey can help bridge differences between Europe and the Muslim world and aid in the fight against terrorism. London has also opposed moves to put indefinite curbs on Turkish workers migrating to the rest of the EU.

Italy -- Prime Minister Silvio Berlusconi warmly endorses Turkey's bid, but his government coalition is not necessarily united behind him. The extreme conservative Northern League has opposed starting negotiation talks with Ankara as have senior Vatican officials, who carry significant weight in the largely Catholic country. They have argued that the EU should focus on its Christian roots.

A recent IPSOS opinion poll showed 48 percent of Italians supported Turkish entry with 30 percent opposed. Some 22 percent were undecided or declined to answer.

Netherlands -- The current holder of the rotating EU presidency is largely in favor of letting Turkey join. The center-right coalition government and opposition both favor membership in principle. Dutch Foreign Minister Bernard Bot has said that negotiation talks could begin in late 2005, but cautioned they could be broken off if the EU is unsatisfied with progress. Jozias van Aartsen, leader of the liberal VVD party, has called for a referendum on Turkish entry in 2016 or 2017, dates realistically set for accession.

A September poll of 1,000 people found 41 percent against Turkish entry and 21 percent in favor. Some 30 percent said they didn't care either way and 8 percent had no opinion.

Austria -- The Alpine state is one of the most consistent opponents to membership. At most, Chancellor Wolfgang Schüssel said he would favor beginning talks only if the outcome does not include full membership. He has gone on record calling for "reduced membership." The coalition partner Freedom Party is even more opposed to membership and has threatened to pull out of the government is Schüssel backs opening talks in December.

A September Gallup poll showed 76 percent against starting talks, 20 percent in favor and four percent undecided. Asked whether Turkey could be ready for membership in the next 10 to 20 years, 68 percent said no, 27 percent yes.

Greece -- Conservative Prime Minister Costas Karamanlis is a strong supporter of Turkey's bid, continuing the rapprochement policy of his socialist predecessor, Costas Simitis. Karamanlis openly backs Turkish accession talks despite the unresolved Cyprus dispute. Except for fringe nationalist groups, all opposition parties also back Turkey's bid, seeing membership as a way to boost security and stability in the eastern Mediterranean.

Cyprus -- Although one of the newest EU members, the Greek half of the divided island has voiced a strong position on Turkey's membership since becoming a full member in May 2004. Greek Cypriots generally oppose including Ankara in the bloc, mainly out of strong historical dislike for the nation which has occupied a northern third of Cyprus since 1974. Greek Cypriot President Tassos Papadopoulos has refrained from expressing his view, saying instead "vetoes are for the big guys." In July, 45 percent of Greek Cypriots polled for Politis daily said they would back Papadopoulos if he vetoed Turkey's bid in December.

Spain and Sweden as well as new members Poland and Latvia have also indicated that Ankara could expect their support when the final decision is taken in December. Danish Prime Minister Anders Fogh Rasmussen, however, has urged caution.

END_OF_DOCUMENT_TOKEN_TO_BE_REPLACED
Social media
and networks
Subscribe to our
newsletter