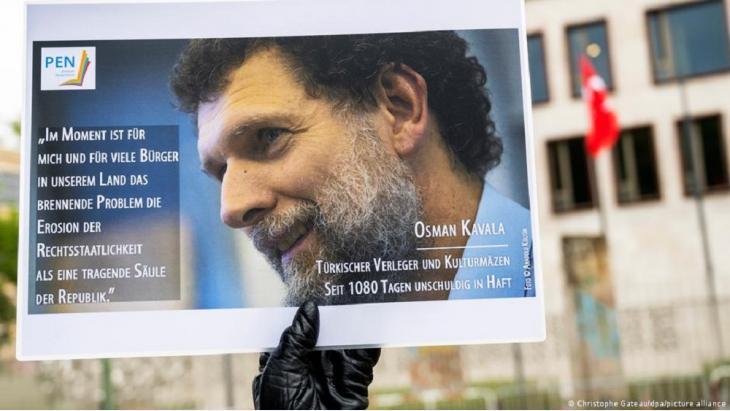 The long detention of philanthropist Osman Kavala and Turkey's refusal to acknowledge an ECHR ruling could cost the country its membership or voting rights in the Council of Europe at the end of November. By Pelin Ünker

Turkish philanthropist and activist Osman Kavala has never been convicted of a crime – yet he has been in prison for almost four years in Turkey, despite the ruling of a top European court.

On 17 September, the Council of Europe issued Turkey its final warning to release the 64-year-old entrepreneur, warning that infringement proceedings against Ankara would start at the end of November if Kavala was not released by then.

But Turkey, so far, has refused to acknowledge the ruling made by the European Court of Human Rights (ECHR) on 10 December 2019, which stated that the European Convention on Human Rights had been violated and therefore ordered Kavala to be released immediately.

The ECHR concluded that Kavala's arrest was based on political motives, without any reasonable evidence backing the accusations. However, Turkish officials did not implement the decision and said the ECHR's judgment was not final.

And now, several countries are applying pressure on Turkey. 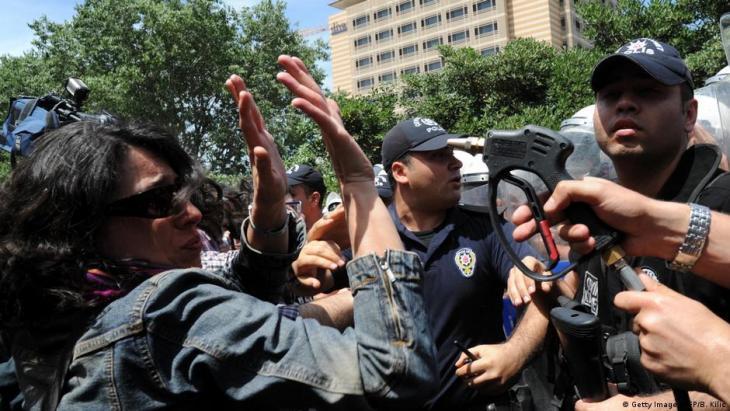 In the case of Turkish philanthropist and activist Osman Kavala, President Recep Tayyip Erdoğan has threatened to expel ambassadors from ten Western countries, including the US and Germany, for their joint statement supporting Kavala. Political observers say the President's declaration of the envoys as "persona non grata" is meant to distract from his sliding popularity and the country's economic problems

On Monday, ambassadors from Germany, Canada, Denmark, Finland, France, the Netherlands, New Zealand, Norway, Sweden and the US urged a "just and speedy" resolution to Kavala's case.

In a joint statement, the ambassadors of the 10 countries called on Turkey to follow the rulings of the Council of Europe, a human rights body it joined in 1950. "The continuing delays in his trial ... cast a shadow over respect for democracy, the rule of law and transparency in the Turkish judiciary system," said the statement.

Turkish President Recep Tayyip Erdoğan slammed the ambassadors' action, threatening to expel them from the country.

"I told our foreign minister: We can't have the luxury of hosting this lot in our country. Is it for you to give Turkey such a lesson? Who do you think you are?" he said on Thursday. The ambassadors were summoned to the Ministry of Foreign Affairs before Erdoğan's statement and were accused of "politicising the Kavala case".

What is Kavala accused of?

Kavala is charged with financing nationwide Gezi Park protests in 2013 and with alleged involvement in an attempted coup in 2016.

He was taken into custody on 18 October 2017, following a meeting with the German Goethe Institute concerning a joint project with Anadolu Kultur, a non-profit organisation in Istanbul supporting cultural and social projects.

He was acquitted in February 2020, but a fresh arrest warrant was issued against him only hours later, this time for a separate case accusing him of being involved in the coup attempt on 15 June 2016.

Nearly a month later, he was cleared of this accusation, too, but was kept in remand detention on the charge of "political or military espionage".

In May 2020, the European Court of Human Rights rejected Turkey's request for the chamber judgment in Osman Kavala's application to be referred to the Grand Chamber, finalising its judgement of December 2019. 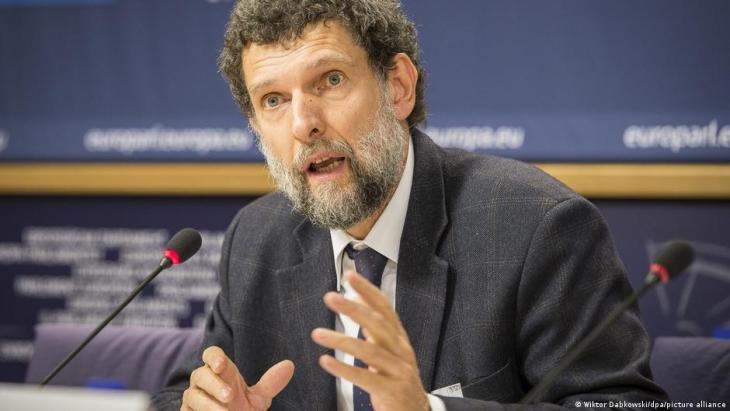 To his supporters, Osman Kavala (archive picture) is an innocent victim of President Recep Tayyip Erdoğan's growing intolerance of political dissent. To the Turkish president, he was involved in both anti-government protests in 2013 and in a failed coup attempt three years later

In September 2020, the Istanbul Chief Public Prosecutor's Office prepared a new indictment, accusing Kavala of collaborating with Henri Barkey, a prominent Turkey scholar in the United States, and of "having taken a role in the coup attempt".

On 28 July 2021, the Gezi trial was merged with the Carsi trial, in which 35 members of the Besiktas football fan group Carsi went on retrial for allegedly "organising a plot against the government during the Gezi Park protests". The court set 26 November 2021 as the date for the next hearing.

Kavala's attorneys have noted that the indictment of September 2020 was no more than a presumptive fiction and not based on any concrete evidence. Human rights organisations across the world have strongly criticised Kavala's arrest and said the charges are political.

Who is Osman Kavala?

Kavala is one of the most prominent civil society figures in Turkey. The businessman has contributed to the establishment of several publishing companies in Turkey since the early 1980s, going on to support numerous civil society organisations a decade later.

In 2002, he founded Anadolu Kultur. The organisation's objectives included enabling the production and promotion of arts and culture in Turkey, supporting local initiatives, emphasising cultural diversity and rights and strengthening local and international collaborations.

He was also a founding member of philanthropist George Soros' Open Society Foundation in Turkey.

Recent efforts to rehabilitate Assad are setting a damaging precedent for accountability, just as the international community is expressing the need to hold Russia to account for ... END_OF_DOCUMENT_TOKEN_TO_BE_REPLACED

Nouara may be 65, but she is ready to join thousands of others who burn their ID and pay traffickers for the chance of a new life in Europe. Zineb Bettayeb reports END_OF_DOCUMENT_TOKEN_TO_BE_REPLACED

Education for girls and women is still possible in Afghanistan, says Reinhard Eroes of the Kinderhilfe Afghanistan initiative. In interview with Elisa Rheinheimer, he talks about ... END_OF_DOCUMENT_TOKEN_TO_BE_REPLACED

Locals in the Middle East have said European critics are showing bias and hypocrisy when they condemn Qatar. Observers agree that Qatar has had to deal with more criticism than ... END_OF_DOCUMENT_TOKEN_TO_BE_REPLACED

In Doha, Arabs from Morocco, Tunisia, Egypt and Algeria are gathering to celebrate the first ever FIFA World Cup to be held on Arab soil. The criticism from Europe? Over the top, ... END_OF_DOCUMENT_TOKEN_TO_BE_REPLACED
Author:
Pelin Ünker
Date:
Mail:
Send via mail

END_OF_DOCUMENT_TOKEN_TO_BE_REPLACED
Social media
and networks
Subscribe to our
newsletter