They are descendants of Africans brought to the Ottoman Empire as slaves and domestic workers and said to number up to 100,000. Bradley Secker spent time with those identifying as Afro-Turks in western Turkey. 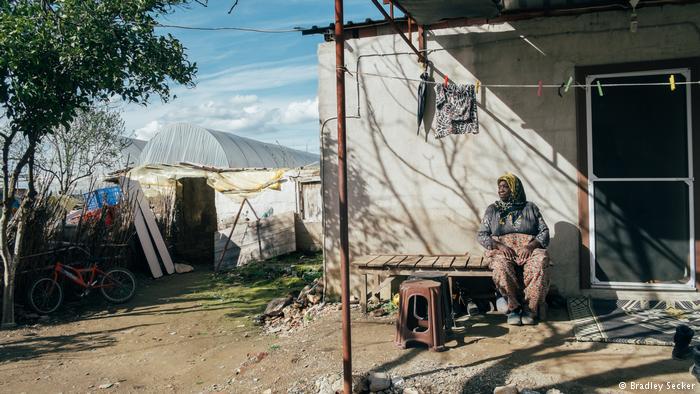 Part of the community: Sabriye Sinaic and her family work as farmers and labourers in their village and the surrounding area. She doesn′t know about her ancestry, but believes they came to Turkey from Damascus, Syria. Until the establishment of the Afro-Turk association she said, "I didn′t know there were others like us, then I saw there are many spread around" 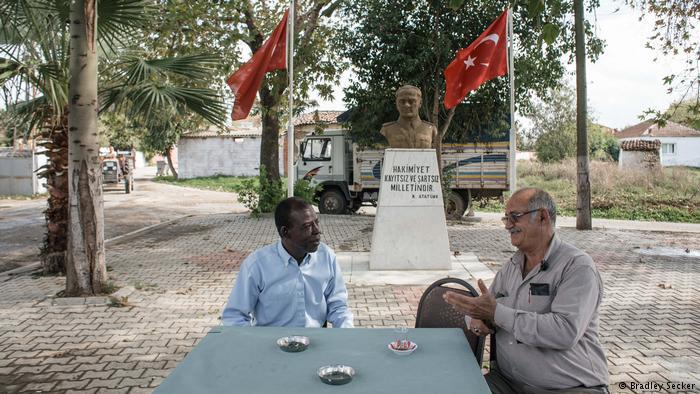 Turkish roots: Esat Sezar, left, sits with a friend in his village near Izmir. Esat, who worked across Turkey in the hospitality industry, regards himself solely as Turkish. He′s traced his family tree back to the village he was born in. Naime Koyu is a mixed village of Afro-Turk and non Afro-Turk, where Esat′s 106-year-old mother says she remembers the declaration of the Turkish republic in 1923 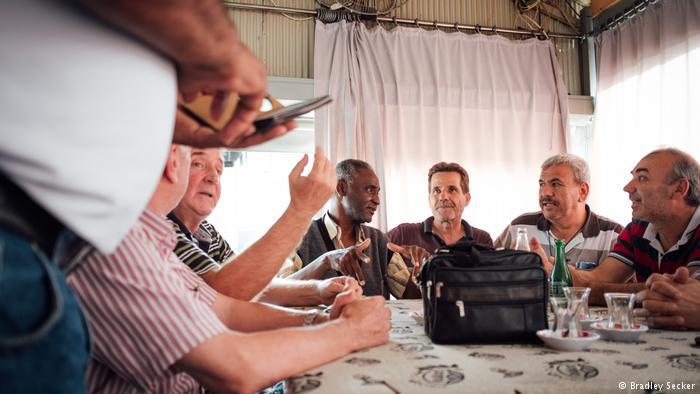 Working environment: Sakir (centre) spends time with his former work colleagues at a factory near Izmir, Turkey. Sakir is now the head of the Afro-Turk Association after the death of its founder, Mustafa Olpak in 2016 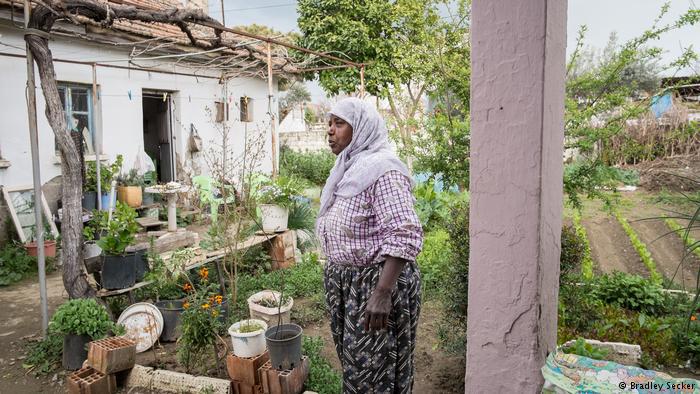 Mixed bag: Sukriye Iletmis, 70, in her garden in the village of Haskoy, near Izmir, Turkey. Sukriye identifies as an Afro-Turk and has lived in Haskoy, an ethnically mixed village, her entire life 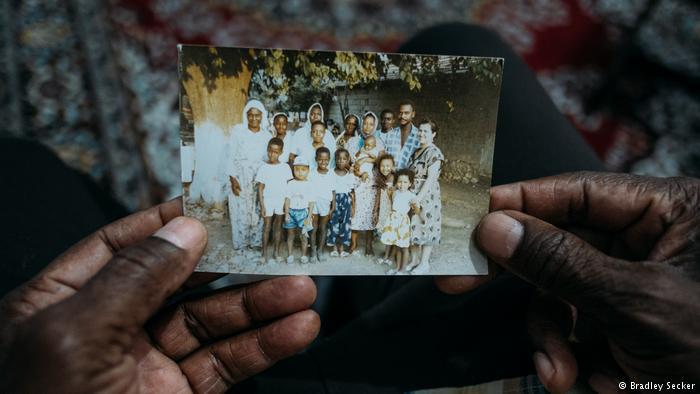 Family life: Sakir holds a photograph of his family in their village. Sakir can be seen in the blue shirt, back right. After being established a decade ago, the Afro-Turk association is now led by Sakir, based in Izmir. The association aims to highlight the community and the issues they face. It also serves as a cultural centre for the community which is dispersed mostly around Turkey′s western coast 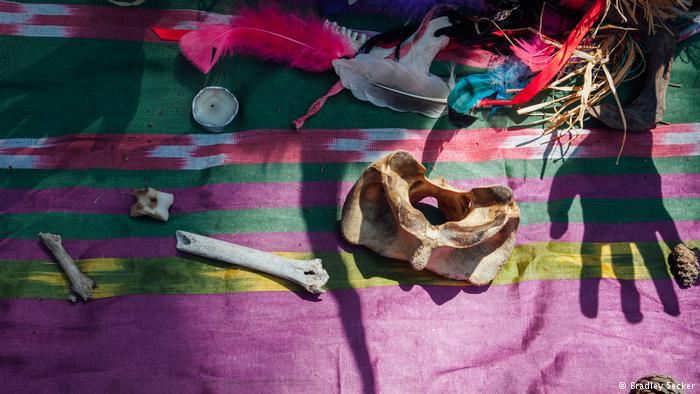 Roll the bones: a Godya speaks to people and tries to predict their future during the annual Afro-Turk festival of Dana Bayram (Calf Festival). Traditionally, Godyas were female heads of the Afro-Turk communities across the Ottoman Empire and held great respect and power. Godyas no longer exist but for the festival, a local female is chosen to act as one for the sake of tradition 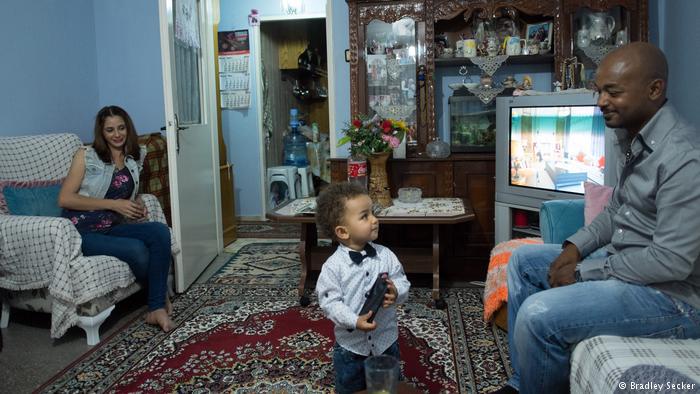 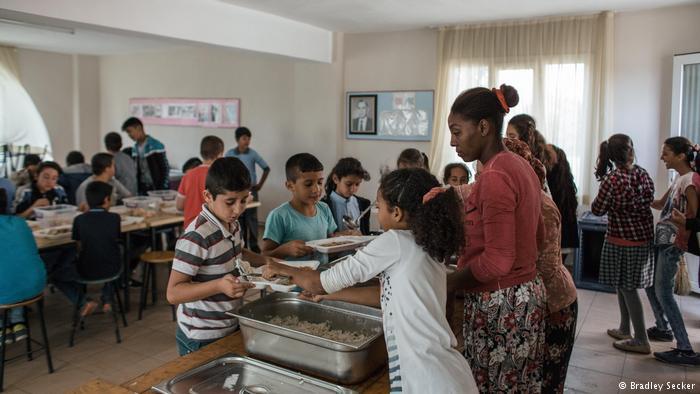 Helping out: Gulsen Erguven, 35 (wearing red, centre right) works in the canteen at her village school in Yeniciftlik. Gulsen has two children at the school and works there part time, whilst helping her mother at home with domestic chores 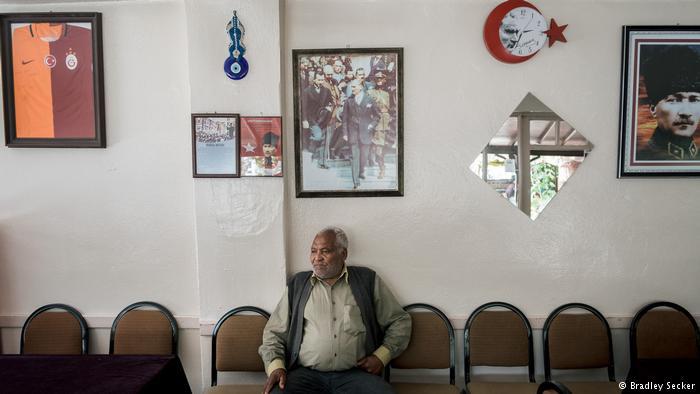 Home again: 85-year-old Fehmi Yavaser in his native village of Belevi in western Turkey. Fehmi lived in Germany as a guest worker for 18 years before being deported. He had a career as a boxer back in Turkey and has no idea of his heritage beyond his village

END_OF_DOCUMENT_TOKEN_TO_BE_REPLACED
Social media
and networks
Subscribe to our
newsletter