Tearing at the Country's Fabric

Further cracks are appearing along Turkey's ethnic fault lines. According to the Turkish authorities provocations prior to a referendum on constitutional amendments are the main reason, but experts suggest otherwise. Ayşe Karabat reports from Dörtyol in southern Turkey

The spectre of ethnic conflict: After the killing of four policemen in an ambush allegedly organised by the PKK in Dörtyol on July 26, an angry mob attacked shops whose owners were known to be Kurdish

​​ "This was the site of the first bullet, and if necessary it can be the site of the last bullet, too," the angry man said. He was among the mob in Dörtyol, Hatay, a town in southern Turkey that was the scene of ethnic clashes in the last days of July.

The locals of Dörtyol, a town with a population of almost 70,000 sited on very fertile land but at least one hour's drive from the nearest cinema, are proud to come from a place in which the first bullet of Turkey's Independence War was fired, back in 1918 against the occupying French.

However, what they were referring to as the "last bullet" was one fired against Kurds who initially immigrated in smaller numbers as seasonal agricultural labourers, later inundating the town during the 1990s, when more than 4,000 villages in the largely Kurdish south-eastern and eastern Anatolia were forcefully evacuated.

The angry mob in Dörtyol insisted that the some of the town's Kurds were cooperating with the Kurdistan Workers' Party (PKK) and were able to buy shops and houses in Dörtyol with the "dirty money" they received. Members of the mob also accused the town's Kurds of involvement in usury, a sin in Islam, through their laundering of PKK money.

The recent events, which divided the whole town along ethnic lines, were triggered by the killing of four policemen in an ambush allegedly organised by the PKK on July 26. But after the terrorist attack, the story that spread through the town was different; rumours became rife that the main police station was under fire. 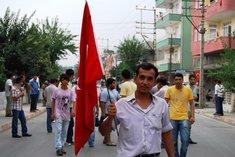 ​​ Witnesses say people then rushed to the main police station. This in turn resulted in another rumour; that the perpetrators had been caught and were at the station. The crowd demanded that they be handed over. The police asked the crowd to disperse, and it eventually left, only to head to the pro-Kurdish Peace and Democracy Party (BDP) branch in the town and burn it down.

The next day, at midday, a group of Kurds started to gather in the town's small bus station but, witnesses say, seemed uncertain as to what to do. However, other locals heard Kurds were gathering and rushed to the scene. The Kurds dispersed, but the crowd attacked some shops whose owners were known to be Kurdish.

Dörtyol was not the only place in Turkey that witnessed ethnic clashes. At almost the same time, in İnegöl, Bursa, in the country's west, a similar situation erupted. This time a bloody quarrel in a coffeehouse escalated into ethnic conflict. Hundreds of people stoned the town's municipal building, demanding that the police hand over the Kurds who allegedly sparked the coffeehouse quarrel. The mob set police cars on fire, broke the windows of a bank and threw stones at ambulances. The incidents led to the closure of the Bursa-Ankara highway.

Harassing fire against the referendum?

According to officials in Turkey, including Prime Minister Recep Tayyip Erdoğan, these events were provocations ahead of a referendum on 12 September regarding government-backed constitutional amendments. 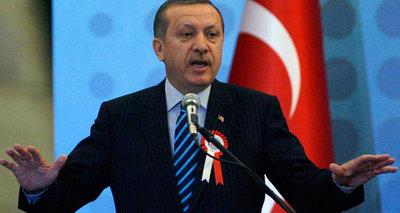 According to officials in Turkey the riots were provocations ahead of the referendum on 12 September regarding constitutional amendments. Prime Minister Erdoğan said: "Some circles are trying to provoke the streets on the eve of a very critical decision for Turkey's future, democracy and freedoms"

​​ Referring to the recent incidents in Dörtyol, Erdoğan said: "Some circles are trying to provoke the streets on the eve of a very critical decision for Turkey's future, democracy and freedoms. This is a scenario, a dirty game and a sinister trap. Let us not be deceived by this game," in a public address.

Interior Minister Beşir Atalay, who announced that special intelligence teams had been sent to Dörtyol to investigate the recent incident, said things were not as simple as they appeared: "There are some who masterminded and provoked the incidents in Dörtyol. They do not want the referendum to be held peacefully. This is impossible to understand, but we are determined in our investigation of the incidents."

However, the recent ethnic clashes in Dörtyol and İnegöl were the very first of their kind in the towns. The Turkish Human Rights Foundation (TİHV) has been keeping a detailed record of lynch attempts against Kurds since 2002. According to these records, in some cases even workers who speak Kurdish in the streets have been attacked.

Former chairman of the Diyarbakır Bar Association Sezgin Tanrıkulu is among experts who have long been issuing warnings of a deepening ethnic rift in Turkey. "What we witnessed in İnegöl and Dörtyol should not surprise us, unfortunately. The ground for it has long been prepared. There is a new generation in both ethnicities, and unlike the former generations, they are unable to understand each other," Tanrıkulu said.

Tolerance for the mob

Political scientist Tanıl Bora was also among the very first experts to pay attention to lynch attempts against Kurds; he collected his related articles in his book, "Lynching Regime". He underlined that during the previous attempts the attitude of the security forces regarding the mobs was one of "tolerance". 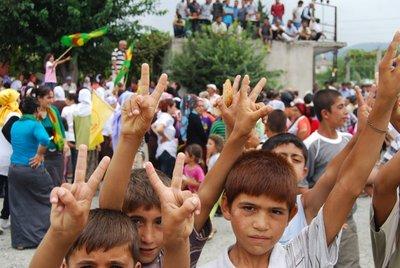 Communication breakdown: According to Sezgin Tanrıkulu, former chairman of the Diyarbakır Bar Association, there is a new generation in both ethnicities that is unable to understand the other

​​ "When 'threat perception' is on the rise, the state apparatus extends the violence it is applying," Bora explained. "In addition, the public starts to perpetuate violence, and these two feed each other."

Bora stressed that if the perpetrators of such attacks are not punished, and if the state continues to show "understanding" in such incidents, more attacks are inevitable. Things may at any moment spiral out of control, he warned.

"Let whatever is going to happen, happen" became a common phrase in Dörtyol during the incidents, among both ethnic Kurds and Turks in the town. Meanwhile the rest of Turkey watched the ethnic rift with fear, anxiety and question marks over the future of the whole country.

Now the town is divided by an invisible line between the upper Kurdish part and the Turkish downtown, but as one man from the Kurdish side says, the two ethnic groups are doing business with each other; more important than this, there are many mixed marriages.

"Maybe we will be forced to leave one day, but my children were born here, my sisters are married to Turks, where can we go?"

The Kurdish Conflict in Turkey
A Yearning for Peace
Erdogan's government plans to grant twelve million Kurds more freedom of language and other democratic rights in an attempt to end the 25-year Kurdish conflict. Nationalists, however, are already up in arms at the prospect. Ömer Erzeren reports

Kurdish DTP Party Banned in Turkey
Old Prejudices Resurface
The Turkish ban on the Democratic Society Party (DTP) has led to protests and riots. Some Kurdish politicians are considering forming a new party, but since the 1990s three have already been banned. Jürgen Gottschlich investigates

END_OF_DOCUMENT_TOKEN_TO_BE_REPLACED
Social media
and networks
Subscribe to our
newsletter