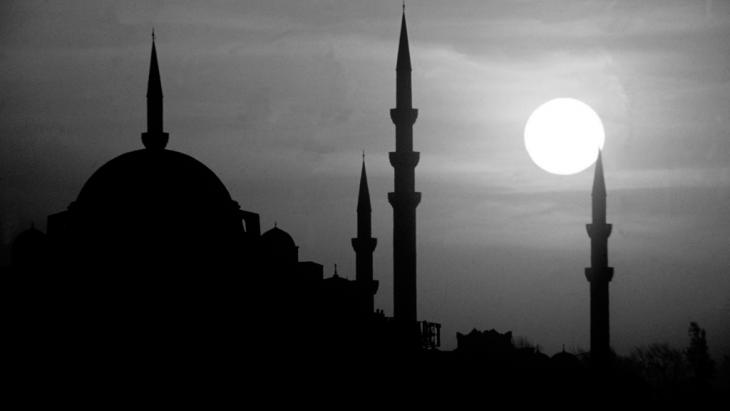 With Turkey maintaining an ever greater distance from the European Union, the EU needs to reconsider its options. Analysis by Nassir Djafari

Turkey has been aspiring to become a member of the European Union for over half a century. Accession talks started in 2005 after Turkey had implemented impressive domestic reforms. The momentum soon dissipated, however: Turkey became a leading emerging market and with that came burgeoning national self-confidence.

Turkey′s assessment of Europe became more sceptical. Today, the big role model is hounded by its own crises. Turkey considers itself to be a regional power of global relevance. The west is no longer its only partner.

Syria′s civil war has changed Turkey′s outlook even more. Three issues matter: state failure in the Middle East, Islamist terrorism and the mass exodus of war victims to Europe. All three issues have a bearing on Europe′s security and cohesion.

The wars in Iraq and Syria have worsened old ethnic and religious divides, while creating new ones. As the most effective opponents of the terror militia IS, Kurdish forces are taking advantage of the current setting to achieve the autonomy they have been wanting for centuries.

The stance of Turkey′s President Recep Tayyip Erdogan towards the increasingly assertive Kurdish community has therefore become confrontational again, even though he himself initiated peace talks with the Kurdish militia PKK in 2012.

Teaming up with Russia

Moreover, Turkey intervened in Syria in order to block the advances made by the YPG, the militia of Syrian Kurds. Nor has Erdogan′s government shied away from co-operating with IS in this context. Today, Turkey is at war with the Kurds, both at home and in the neighbouring country. Ankara′s interventions in Syria and Iraq are geared to making sure that Turkey has a say in the Middle East′s future order. Teaming up with Russia serves this purpose too. 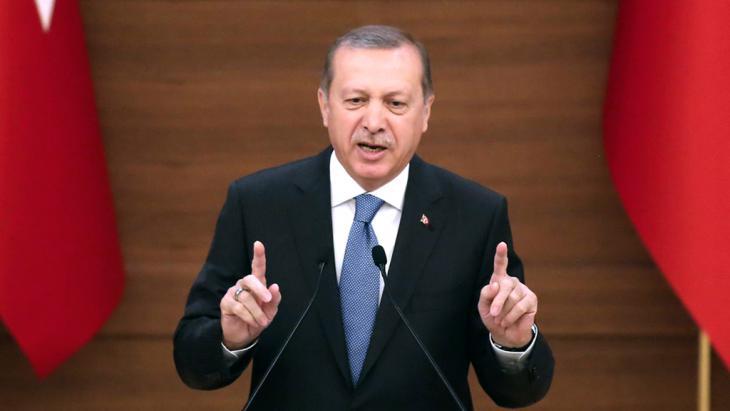 Accession to the EU "at any price"? Turkish president Erdogan recently complained that Europe was dragging its feet over accession negotiations. "The EU has been holding out on us for 53 years," he said. Accession talks between the EU and Turkey have been going nowhere for some time. The way Turkish authorities has handled members of the opposition and media representatives since the attempted coup in July has further poisoned the tone. Recently, EU members have begun demanding a cessation in negotiations

In this context, the country has become more strategically important because of the refugee flow to Europe. The deal Turkey struck with the EU means that Ankara now holds the keys to protecting Europe′s external borders. The EU has indicated it will lift visa requirements in return, provided that Turkey reforms its anti-terrorism laws amongst others. This, however, is unlikely to happen, given that Turkey is being rocked by several violent conflicts.

The war with the PKK has been reignited. At the same time, Islamist bombs are exploding because, put under international pressure, Turkey suspended its support for IS. Erdogan′s rule has been becoming more authoritarian for years and since the coup attempt in July, he has become more overtly repressive and is tightening his grip on all state institutions. Turkey itself has become a crisis country.

Turkish-European relations have always been uneasy and the sense of alienation is now growing. Nobody says so, but none of the parties involved still believes in Turkey becoming an EU member. There are ever more recriminations. While European leaders use diplomatic language fearing that the refugee deal may fail, Erdogan is allowing things to escalate.

The big question now is which side will first declare the accession talks to have failed. For several reasons, such a declaration is risky for Europe: migration would increase after the collapse of the refugee deal and Turkey would become more closely aligned to Russia. Finding solutions for Syria would become even more difficult.

Turkey has a lot to lose too. The EU is by far its most important partner in trade. The years of strong growth are over. Investors are shying away from Turkey because of security concerns and tourists are opting for safer destinations.

Erdogan would like the EU to declare the end of the accession talks. It would allow him to blame Europe. The EU must not do him this favour, but it must prepare for the failure of the refugee deal.

Surging coronavirus cases in many parts of the world have overshadowed the start of this year's Muslim holy month of Ramadan, with festivities once again curtailed by contagion ... END_OF_DOCUMENT_TOKEN_TO_BE_REPLACED

German Middle East analyst Guido Steinberg and television journalist Ulrich Tilgner have both published new books on the conflicts in the Middle East. Their analyses and their ... END_OF_DOCUMENT_TOKEN_TO_BE_REPLACED

On 27 March, Iran and China signed a 25-year accord intended to foster "strategic co-operation". Despite ongoing uncertainty over the deal's actual scope, content and chances of ... END_OF_DOCUMENT_TOKEN_TO_BE_REPLACED

In Grenoble, France, two professors have been pilloried in a dispute over the use – or otherwise – of the term Islamophobia. Is freedom of speech in jeopardy? By Stefan Dege and ... END_OF_DOCUMENT_TOKEN_TO_BE_REPLACED
Author:
Nassir Djafari
Date:
Mail:
Send via mail

END_OF_DOCUMENT_TOKEN_TO_BE_REPLACED
Social media
and networks
Subscribe to our
newsletter