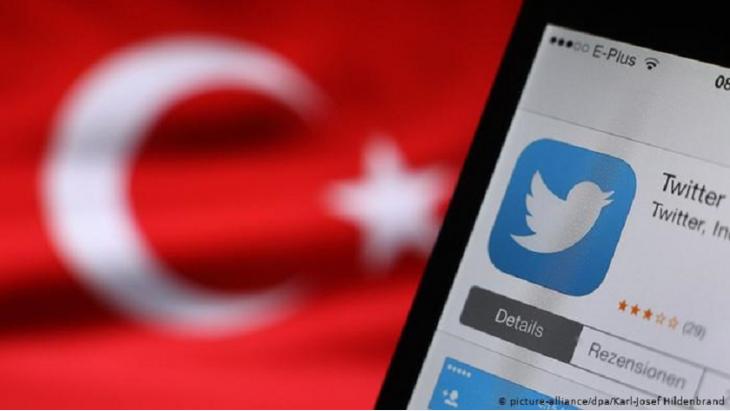 Recently, Twitter has become something of a people's court for Turks seeking justice. Particularly in cases of violence against women and animal rights, social media is regarded as the final legal avenue for those demanding a just ruling, yet the risk of cyber-bullying is high. Ayse Karabat reports from Istanbul

In Turkey, social media is increasingly becoming a legal forum, with users seeking justice on a daily basis. Practically every day there is a hashtag calling for the arrest or release of someone, with the name of the person or campaign topping Twitter’s trending list. Calls for justice in cases of violence against women and animal rights are especially frequent. Moreover, those issues without a powerful hashtag to support them are often destined to draw a blank with the country's actual judicial system.

One notorious case was that of Sule Cet, a 23 year-old student who plunged to her death in May 2018 from the 20th floor of a high-rise building in Ankara. The incident was initially reported as a suicide. Her boss and his friend who had last been seen with her at the building were released from police detention shortly afterwards, the police citing a "lack of evidence" of their involvement.

The suspects were eventually jailed months later, but only after Cet’s friends and family launched a forceful social media campaign calling for her death to be investigated. Her case became a cause celebre. With the #SuleCetİcinAdalet (Justice for Sule Cet) hashtag garnering 307,000 tweets, the judiciary finally decided to take it seriously. One year after her death, a court handed down life imprisonment for one of the suspects, and 18 years and nine months of jail time for the other.

Another incident that drew public fury, taking Twitter by storm, was a video of a couple being attacked by two men while in their car on a highway in Istanbul last year. The video showed the men, who turned out to be brothers and the owners of a baklava franchise, breaking the wing mirror of the car and climbing on to the bonnet, despite the woman repeatedly saying she was pregnant.

The avalanche of reaction against them – more than 50,000 tweets with the hashtag #BaklavaciKardesler (Baklava maker brothers) calling for their arrest were posted – led to the police catching up with the perpetrators. They were convicted to four years in jail.

Violence against animals draw the ire of many Turks, including politicians and ministers. Perhaps the highest-profile case of animal abuse was in 2018, when a photo of a puppy whose four legs and tail had been cut off made the rounds on social media, prompting widespread outrage. Even President Recep Tayyip Erdogan posted a tweet.

"Animals are not property, they are living things. They were entrusted to us by God. I have given instructions to shed light on the incident… which has deeply hurt us," he said in a tweet in June 2018.

Turkey's parliamentary and presidential elections are scheduled for June 2023. But they are already casting a shadow. While the opposition is calling for early elections, ... END_OF_DOCUMENT_TOKEN_TO_BE_REPLACED

By stage-managing his re-election in a poll widely dismissed as a farce, Syria's President Bashar al-Assad has killed two birds with one stone: he has forced his compatriots to ... END_OF_DOCUMENT_TOKEN_TO_BE_REPLACED

Recep Tayyip Erdogan, disappointed by the European Union’s reluctance to integrate Turkey into its ranks, has re-directed his country’s diplomacy toward the Maghreb and Africa to ... END_OF_DOCUMENT_TOKEN_TO_BE_REPLACED

Having taken control of the traditional media, Turkish President Erdogan is now extending his reach to the social networks. A new law has been passed to rein in major digital ... END_OF_DOCUMENT_TOKEN_TO_BE_REPLACED

Although a unity government was formed in Libya in March 2021, tensions and possible crises between the political actors are already emerging. What problems does the country face ... END_OF_DOCUMENT_TOKEN_TO_BE_REPLACED

END_OF_DOCUMENT_TOKEN_TO_BE_REPLACED
Social media
and networks
Subscribe to our
newsletter