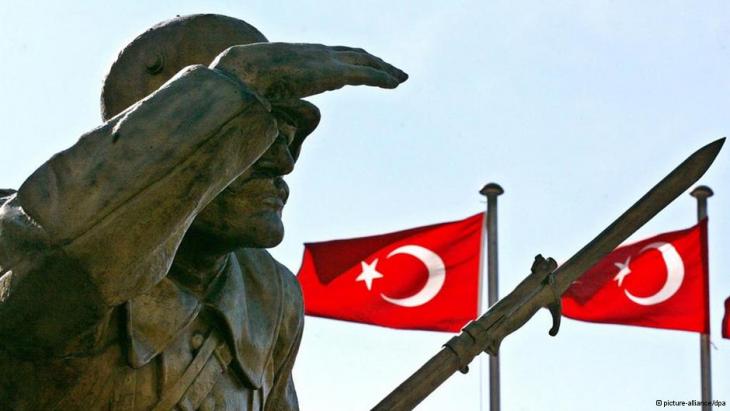 In the past month Ankara opened a membership chapter with the European Union after a 30-month hiatus, while intense diplomatic traffic is underway to end tensions with its Iranian and Iraqi neighbours. All of which is fuelling rising speculation that a major reset in Turkish foreign policy is underway. Dorian Jones looks at what lies behind the latest events

The past few years have been a roller coaster ride for Turkish international relations, from a policy of "zero problems with neighbours" to "precious isolation". Ankara currently has strained relations with all its southern neighbours, but now another change appears to be in the offing.

"Turkey is trying to break the vicious circle," claimed Murat Bilhan, former Turkish ambassador and deputy head of the think tank Tasam. "By toning down its rhetoric, it is trying to create a climate of reconciliation with all its neighbours. Turkey's decision makers are aware they have made miscalculations in the past."

Turkey's Islamist-rooted governing AK Party initially adopted a pragmatic approach with its neighbours, which saw it score rapid diplomatic success, with warm ties developing from Tehran through to Baghdad and Damascus. But the Arab Spring saw that policy discarded with strong support for those forces overthrowing the ancien régimes, most of who are connected with the Muslim Brotherhood.

For the AK party, sharing similar Sunni Islamist roots as the Brotherhood, the initial success of the Arab revolutions was a neat fit. But that policy – especially over Syria – has brought it into conflict with its Shiite-led southern neighbours Iran and Iraq. "Syria is a bleeding wound for Turkish foreign policy," warned Bilhan of Tasam. 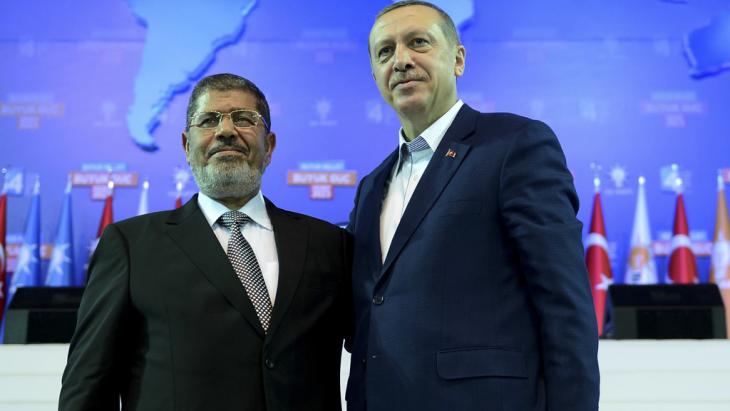 A further blow to Ankara was the overthrow of its close ally, Egyptian President Mohamed Morsi. His demise saw another domino fall in Ankara's diplomatic strategy. The growing diplomatic isolation has seen pragmatism back in vogue again, "A return to a more realistic framework which will better balance between Turkey's national interest and the values the ruling party espouses," observers Sinan Ülgen, visiting scholar of the Carnegie Institute in Brussels.

Iraq as a new partner

"Turkey always considered Iraqi-Turkish relations as key to stability in the region," declared Turkish foreign Minister Ahmet Davutoglu at a press conference with his Iraqi counterpart Hoshyar Zebari in Ankara in October. Davutoglu followed up those words with a visit to Baghdad, which prepared the ground for an expected December visit by Iraqi Prime Minister Nouri Al Maliki to Turkey.

"It's an impressive diplomatic reset," points out diplomatic columnist Semih Idiz of the Turkish Taraf Newspaper and Al Monitor website. "We have seen really angry exchanges between the two prime ministers," he says. "Now a common threat is emerging, especially as a result of Syria, with extremism that is al-Qaida related. Iraq is certainly suffering from this almost on a daily basis. And the threat has started to loom larger for Turkey, although Ankara supported or turned a blind eye to al-Qaida-related elements initially in the Syrian crisis." 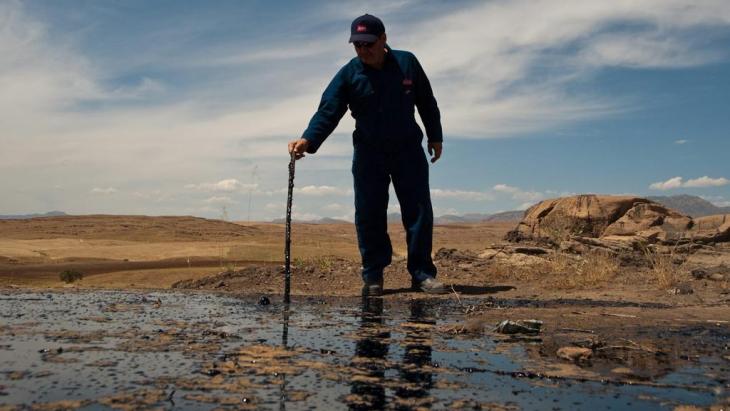 It's the energy supply, stupid: During the cold chill in relations with Baghdad, Ankara courted the semi-autonomous Iraqi Kurdistan Regional Government. But the US has waded into the dispute between Turkey and Iraq, applying pressure on Ankara to resolve the dispute, which it is now about to do. Pictured: oil field in Iraqi Kurdistan

The rapprochement is also about energy. During the cold chill in relations with Baghdad, Ankara courted the semi-autonomous Iraqi Kurdistan Regional Government, or KRG, which has its own tensions with Baghdad over control of its energy reserves. At the centre of the deepening relationship was Ankara's desire to utilize those massive oil and gas reserves, to help meet its insatiable demand for energy. A series of energy and pipeline deals with the KRG have been signed and the first oil is due to arrive next month.

The policy had the added bonus of riling Baghdad which insists only it can make such deals, both Ankara and the KRG naturally disputing this.

But Washington has waded into the dispute applying pressure on Ankara to resolve the dispute with Baghdad, "Only by means of a trilateral cooperation between Ankara, Erbil and Baghdad can Iraqi Kurds' energy be fully exploited," points out analyst Ülgen.

Improving relations with Baghdad are also being helped by Ankara's tentative rapprochement with Tehran. "Maliki gets full support from Tehran, so an improvement in Turkey's relationship with Iran could have a beneficial relationship between Turkey and Maliki," observed diplomatic columnist Idiz.

In November, the Iranian foreign minister Mohammad Java Zarif met with his Turkish counterpart Davutoglu in Istanbul. Both committed themselves to defuse rising Islamic extremism in particular the emergence of al-Qaeda. The Turkish foreign minister is scheduled to visit Tehran in late November. And the newly elected Iranian president Hassan Rouhani is now expected to pay a state visit to neighbouring Turkey in the coming months.

Ankara once ranked amongst Tehran's closest allies, but relations soured over their support for opposite sides in the Syrian conflict. Now, however, pragmatism turns out to be the order of the day. "We can talk about a new period in terms of the Iranian-Turkish relationship which, despite disagreements on a number of regional issues including Syria, seems to be going in the right direction," asserts analyst Ülgen. 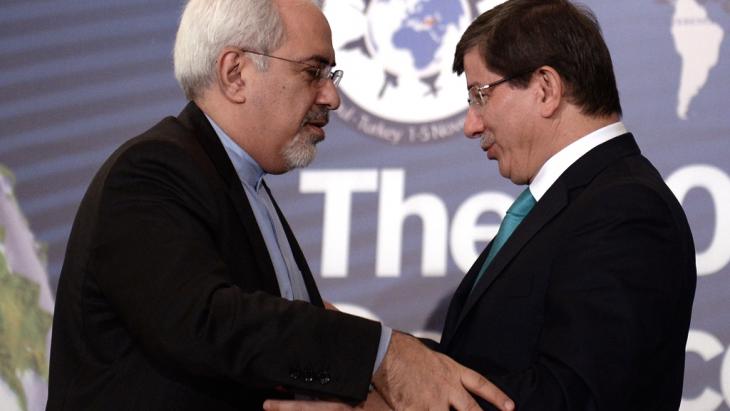 Diplomativc seesaw: Ankara once ranked amongst Tehran's closest allies, but relations soured over their support for opposite sides in the Syrian conflict. Now, however, relations are settling back to normal. Iran's new Foreign Minister Mohammad Javad Zarif, left, and his Turkish counterpart Davutoglu during a forum in Istanbul, 1 November 2013

The possibility of a diplomatic resolution to Tehran's controversial nuclear energy program is an added factor behind Ankara's rapprochement efforts. "Turkey does not want to be totally alienated from this process," Ülgen points out. "That's also another reason why there has been a decision to reach out to Iran."

Until the freeze in bilateral relations, Istanbul had hosted international talks on Iran's nuclear energy program. Now it's Geneva. There is a growing awareness in Ankara that it has been paying a high diplomatic price for its recent foreign policy. "Turkey is left out of the major dynamics in the region and it wants a place at the table," claims diplomatic columnist Idiz. "This is very debilitating as this government had great aspirations as the prime mover in the region, a playmaker for the region. Having been sidelined, Ankara realised this foreign policy approach has not served Turkey's interests. That's what has spurred this new mood."

Consequently, there now appears to be a new momentum in Turkish foreign policy. And another welcome boost came from the European Union. November saw the official opening of a new membership chapter, the first in 30 months. With Ankara's bid still only proceeding at a glacial pace, the event is seen more of symbolic value and not of the beginning of meaningful change. But it has bought time for Ankara's bid, which was threatening to collapse altogether over lack of progress. A prospect that would is likely to have added to the feeling of growing isolation.

With the conflict in Syria continuing to rage, along with sectarianism threatening the region, the diplomatic priority for Ankara now appears to be that of bridge-building rather than burning. But building is always harder than burning. "I don't expect any major breakthrough in Turkey's isolation," cautions Tasam's Bilhan. "The isolation will continue because the rhetoric has been so severe that changes will take time." But, he says, the change in tone is still important.

Sisi’s mismanagement has plunged the country into crisis. Both political and economic reform is needed to save it, writes Abdelrahman Mansour END_OF_DOCUMENT_TOKEN_TO_BE_REPLACED

The devaluation of the Egyptian pound combined with rising food prices is taking its toll on Egypt. More and more people are slipping into poverty. Karim El-Gawhary reports from ... END_OF_DOCUMENT_TOKEN_TO_BE_REPLACED

Egyptian Sufis have been on the defensive against the country's Islamists for decades. Meanwhile, interest in mysticism is growing among the young members of Cairo’s middle and ... END_OF_DOCUMENT_TOKEN_TO_BE_REPLACED

Abortions are illegal in Egypt unless they are necessary to save a married woman's life. But that doesn't stop local women from having one. Egyptian society needs to acknowledge ... END_OF_DOCUMENT_TOKEN_TO_BE_REPLACED

Food prices doubled, salaries halved, banks restricting withdrawals: Egyptians now have the same problems as the Lebanese. But if things get worse here, the fallout will be far ... END_OF_DOCUMENT_TOKEN_TO_BE_REPLACED

END_OF_DOCUMENT_TOKEN_TO_BE_REPLACED
Social media
and networks
Subscribe to our
newsletter