Turkey's Kurdish Conflict
Is There a Third Way?

As the PKK seeks negotiation with the government, Ankara is dragging its feet on the courageous reforms needed to solve Turkey's Kurdish problem. Meanwhile a third way, based on the civil society movement, is on the rise. Ayşe Karabat reports 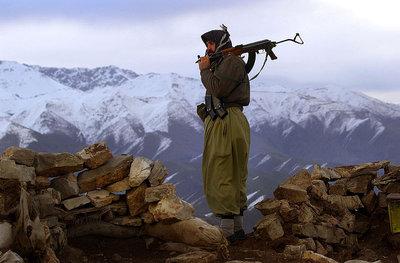 The majority of the public – Turkish and Kurdish alike – supports a peaceful solution, but there are forces within the PKK which do not want to lay down their arms. Pictured: an armed PKK fighter in south-western Turkey

​​ Against the background of a bid by the Kurdistan Workers' Party (PKK) for de-escalation and the government's search for reforms to prepare the ground for a peaceful solution of Turkey's Kurdish problem, a third force within pro-Kurdish politics, one with its roots in civil society, has started to emerge.

It is not clear if this new force will be able to overcome the odds and become a strong political movement, but the activists have at least started to be taken seriously by Turkish society and the media. They have made one thing very clear: they believe the solution can be reached only when the guns are silenced.

Recently, Diyarbakır Mayor Osman Baydemir, a member of the pro-Kurdish Peace and Democracy Party (BDP) – a party frequently accused of being unable to step outside the shadow of the PKK – said, "Guns are not a means to solving the problem; the role of guns in the 21st century is finished."

He underlined that violence is not the reason for the Kurdish problem, but that it emerged as its consequence. A solution will be reached via the mechanisms of dialogue, consultation and negotiation, he added.

But his words get the reaction of imprisoned PKK leader Abdullah Öcalan. He told Baydemir to resign or be self critical or join the ruling Justice and Development Party. According to pundits, Öcalan was afraid that another leader might emerge in pro-Kurdish politics.

Baydemir's statement came just one day after the PKK declared the unilateral prolongation of their existing de-escalation until the general elections slated for next June. That is, the group said they would launch no attacks, provided none were launched against them.

The PKK stated that they wanted to provide an opportunity for free discussions on the constitutional changes necessary for a solution, and for the dialogue that has allegedly already started between the state and Öcalan. The nature of this rumoured dialogue is not yet clear. 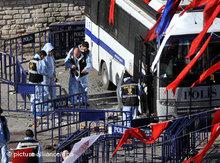 Attempted blow to peace: Just one day before the extension of de-escalation policy of the PKK was due to commence, a bomb attack at Istanbul's Taksim Square shocked the nation

​​ Just one day before the extension of this de-escalation was due to commence, on 31 October, there was a suicide bomb attack at İstanbul's Taksim Square, in which the attacker was killed and more than 30 people wounded. The PKK categorically denied involvement in the attack, but later an affiliated group claimed responsibility.

In a second statement, the PKK urged all its related groups to stop attacks or face the consequences – meaning such groups will be punished.

Looking for a peaceful solution

According to Sedat Laçiner of the International Strategic Research Organisation (ISRO), the Kurdish problem has entered into a new phase in which the government is looking for a peaceful solution and the majority of the public – Turkish and Kurdish alike – supports the reform process, even though it is unclear what kinds of reforms are required.

"This is a more difficult process than the clashes, because many adjustments are required for everyone, including the government, society and the PKK," Laçiner said. "But there are forces within the PKK which do not want to lay down their arms." 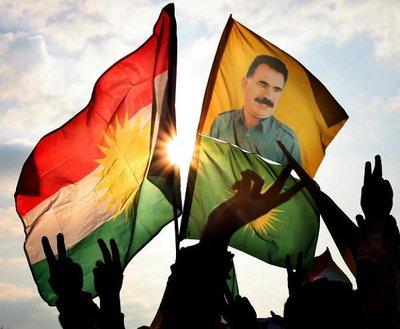 Under pressure: PKK leader Abdullah Öcalan is in a hurry to obtain results from the ongoing dialogue with the Turkish government, otherwise he will lose his bargaining power

​​ "In addition, there is already a rift among pro-Kurdish circles," the expert further explained. "The number of people who do not support violence is growing. Öcalan knows very well that this rift will deepen if the government takes the necessary steps, and this is why he is in a hurry to obtain results from the ongoing dialogue. Otherwise he will lose his bargaining power."

However the influence of the PKK or the power of the BDP on pro-Kurdish politics is still strong due to the strong sense of mutual solidarity that dominates Kurdish culture, as former chairman of the Diyarbakır Bar Association Sezgin Tanrıkulu pointed out.

"As long as there is no solution for the people in the mountains, this third force will not be powerful enough," Tanrıkulu said.

Propensity for union and solidarity

The expert gave an example of the different Kurdish factions' propensity for union in the face of state oppression in the form of the ongoing Kurdistan Communities Union (KCK) trial, in which 151 suspects (including some mayors and pro-Kurdish politicians) are accused of being members of the PKK's urban extension.

"The state is very gifted at unifying Kurds. Regardless of their political opinions, the average Kurd is united and in solidarity with others due to this trial", he added.

This example is reflected in one of the key demands of the third way movement: freedom to use the Kurdish language. 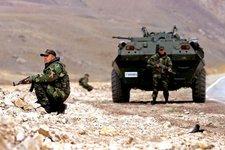 Eradication of Kurdish culture: For many years, the Turkish state has fought against manifestations of 'Kurdishness' in Turkey. Pictured: Turkish soldiers during an anti-PKK operation

​​ Recently a report published by the Diyarbakır Political and Social Research Centre (DİSA) in cooperation with the German Heinrich Böll Foundation, supported by the Diyarbakır Chamber of Trade and Industry, advocated a bilingual education system. An interesting point noted in the report is that one of the first phrases learnt by Kurdish children in the Turkish-language school system is "be quiet".

Although both were invited and media attention surrounding the event was intense, no deputies from either the BDP or the ruling Justice and Development Party (AKP) attended the presentation of the report.

Şah İsmail Bedirhanoğlu, chairman of the South-eastern Anatolia Businessmen and Industrialists' Association (GÜNSİAD), noted that regardless of their political views, education in Kurdish is the key issue for all Kurds. He added that Kurds also agree on the need to strengthen local administrations in the Southeast, but that not all of them want the vague "democratic autonomy" demanded by the PKK and BDP.

The final basic principle of the "third force" is, he said, the lowering of the 10 percent election threshold. Political parties in Turkey must pass 10 percent in order to achieve parliamentary representation.

"Kurds are not a homogenous group or society," Bedirhanoğlu explained. "There are different political views. The dominance of the BDP cannot be denied, but there is rapid social change within Kurdish society, reflected in the number of people who think that violence cannot be considered a method, but for whom denying Kurds their rights as a group is also unacceptable. Those people are from the middle or upper class and are intellectuals, tradesmen and professionals. In the near future they may gain in strength and enlarge", he noted.

Turkish-Kurdish Relations
Tentative Steps towards Reconciliation in Northern Iraq
Turkish-Kurdish relations have historically been difficult and fraught with conflict. However, a recent conference in the autonomous province of Kurdistan in northern Iraq indicates a move in the direction of reconciliation. Günter Seufert reports

Ayse Kulin's Novel "Face to Face"
Passionate Appeal for Turkish-Kurdish Dialogue
In her novel "Face to Face", Turkish author Ayse Kulin relates the life stories of two women who although they are from opposite spectrums of Turkish society, are closely connected with one another through fate. Book review by Volker Kaminski

END_OF_DOCUMENT_TOKEN_TO_BE_REPLACED
Social media
and networks
Subscribe to our
newsletter