Turkey's Kurdish Initiative
Is the Glass Half Empty or Fully Empty?

Recent moves in Turkey to address the country's long-standing "Kurdish issue", although initially welcomed by the nation's Kurds, are increasingly being questioned, with many beginning to doubt whether the efforts are comprehensive or sincere enough to succeed. Ayşe Karabat reports 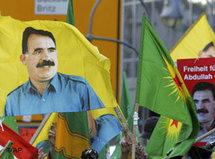 Things have improved for Kurds in Turkey - due to the reform politics of the moderate Muslim AK Party. However, some issues, like how to deal with Abdullah Öcalan, remain unresolved

​​ Turkish Prime Minister Recep Tayyip Erdoğan takes every opportunity to emphasize the message of their being "no turning back" from the goal of solving the Kurdish question, but Kurds remain cautious, doubting the extent of Erdoğan's determination and courage.

In August, the ruling Justice and Development Party (AKP), headed by Erdoğan, launched a process initially termed "the Kurdish Initiative", but later referred to by the government as "the Democratization Initiative" or, sometimes, the "National Unity Initiative."

The initiative aims to solve Turkey's long-standing Kurdish question, a problem that has cost almost 40,000 lives over the last 30 years. The government has not yet detailed its plan, but officials have frequently underlined that the process aims to make every Turkish citizen an equal and free member of a highly developed democracy. What is not clear is exactly how and when this will happen.

Interior Minister Beşir Atalay was appointed as coordinator of the initiative and met with political parties, civil society organizations and academics to get their opinion on the process and how best to achieve it. At a press conference last month during which he detailed these meetings, he noted that diplomatic efforts had also begun, with a particular focus on finding a solution to Syrian members of the Kurdistan Workers' Party (PKK), listed as a terrorist organization by Turkey, EU and the US.

It is estimated that 30 percent of the 5,000 armed militia of the PKK is composed of foreigners, most of whom are allegedly from Syria.

​​ At the same press conference, Atalay added that for the time being the Turkish government are not considering an amnesty for PKK members, that the nation's education language is Turkish and will remain so and, finally, that constitutional amendments are not on the agenda. The statement was met with dismay in many circles, e.g. with many experts viewing these changes as the sine qua non of a successful solution to the Kurdish question.

The statement led to reservations in the optimism felt by many Kurds. Sezgin Tanrıkulu, a former chairman of the Diyarbakır Bar Association, underlined that the excitement present in various segments of society when the initiative was first announced has all but disappeared.

"The excitement has been replaced by waiting. Some segments are still very hopeful, especially those closer to the AKP. But others are pessimistic and await details of the initiative," he said.

The fact that Minister Atalay's statements indicate that the government is for the time being not considering constitutional amendments or a large-scale amnesty, Tanrıkulu said, have led to a souring of the mood in Diyarbakır, the central city for the Kurdish population of Turkey.

"Together we are Turkey": at the AKP convention, Prime Minister Erdoğan reiterated his party's determination to respect the country's cultural and ethnic diversity

​​ Altan Tan, a conservative Kurdish intellectual, holds a similar view. He noted that some Kurds feel they have been cheated once again, since the much-vaunted initiative may ultimately yield no improvement in terms of education in Kurdish, amnesty or constitutional changes. "Most people are pessimists, but cautious pessimists," he added.

In the first weekend of October, both the AKP and the pro-Kurdish Democratic Society Party (DTP), the main Kurdish Party of Turkey, held party conventions dominated by the topic of the initiative.

At the AKP convention, Erdoğan reiterated his party's determination to respect the country's diversity. "Together we are Turkey" was the motto of the meeting. In a long and emotional speech, Erdoğan said that they want to put an end to the "tears of mothers who have lost their sons", but made no mention of how he plans to do it.

Conditions for the support of the initiative

One day after the AKP congress, the DTP held its own. DTP chairperson Ahmet Türk said that while they had initially given full support to the initiative, they now have suspicions that the process has become one of keeping Kurds in suspense. Türk also set two conditions for his party's support of the government's initiative, the first of which is constitutional amendment.

Cheated once again? Many Kurds expect the the much-vaunted initiative may ultimately yield no improvement for their status in Turkey

​​ The Turkish constitution is a product of the 1980 military coup and considered by many to be undemocratic. Many segments of society want a brand new civil constitution; the AKP had attempted to make progress in this direction but lacked sufficient seats in parliament to do so, even with the support of the DTP.

The second condition put forward by the DTP is the establishment of dialogue between the government and the imprisoned leader of the PKK, Abdullah Öcalan, who is currently serving life on İmralı Island in the Marmara Sea.

A lost roadmap for peace

In August of this year Öcalan prepared a 160-page roadmap for the solution of the Kurdish question. However, his lawyers report that state officials took the report away to examine it and then failed to return the document. Although some details of Öcalan's scheme were leaked to the public, these were not communicated through official channels.

Meanwhile, the government rejects any sort of dialogue with Öcalan, saying there will be no talks with terrorists. But the DTP disagrees. During the congress some DTP supporters, concealing their identities behind masks, chanted slogans in favor of Öcalan and the PKK and demanded the announcement of Öcalan's road map.

Where's my roadmap? - According to Abdullah Öcalan's lawyers Turkish state officials took his 160-page report for the solution of the Kurdish question away to examine it and then failed to return the document

​​The aim of the DTP congress was to fill the empty seats on the party council's main decision-making body. Fifty-four members of the 80-strong body were arrested during a security operation in April. Security forces claimed they were targeting the urban extensions of the PKK; the trial of those arrested is pending.

According to rumors, the court is dragging its feet on a verdict because it is anticipating a constitutional amendment that will make party closures difficult.

The possible closure of the DTP may cause further disruption in the country and could mean the end of the initiative, but that is not the only risk the party faces. The possibility of the use of police force against DTP deputies is now an additional threat.

Kurdish deputies are in trouble, so is the initiative

At the end of September the 11th High Criminal Court in Ankara ruled for the use of police force to bring four DTP deputies, including Co-chairman Emine Ayna and Parliamentary Group Chairman Selahattin Demirtaş, to the courtroom to give testimony. They face charges of "praising the crime and criminal" and "promoting the cause of a terrorist organization".

​​Although the deputies have parliamentary immunity, the Constitution suggests that this right should be waived in cases of "crimes directed at the inseparable integrity of the state, country and the nation" if the court cases are opened before the individuals are elected to Parliament.

The court will convene on Dec. 29 on which date the deputies may be brought forcefully to court by the police to testify, something they have so far refused to do. This will almost certainly mark the end of the initiative since it will cause the anger of many Kurds.

The AKP mentioned the possibility of amendment at least in order to save the DTP deputies, but opposition parties rejected the idea. The Republican People's Party (CHP) and Nationalist Movement Party (MHP) oppose the democratization initiative and both claim that the process will lead Turkey down the road to division.

President Abdullah Gül, former AKP member and one of the main supporters of the initiative, recently said that he plans to gather leaders of the political parties around the same table in an effort to ease political tension, but the date for such a meeting has not yet been set.

Another immediate danger facing the initiative is the possibility of a PKK decision to end its unilaterally declared cease-fire.

The PKK prolonged this cease-fire after the declaration of the government's initiative, but more recently stated that the effort is not sincere and the true aim of the government is to liquidate the PKK while continuing to withhold rights from Kurds.

The PKK is reportedly considering its position as concerns its unilateral cease-fire. PKK-affiliated Web sites note that the government's actions will be carefully monitored and the PKK's position adjusted accordingly.

END_OF_DOCUMENT_TOKEN_TO_BE_REPLACED
Social media
and networks
Subscribe to our
newsletter