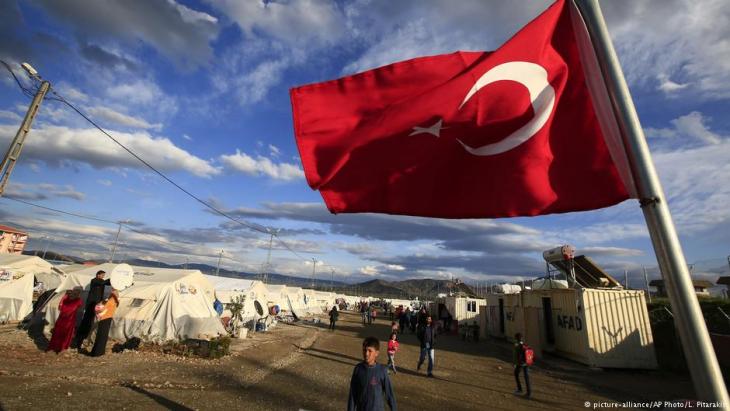 In the run-up to local elections in Turkey, the government and opposition are trying to instrumentalise the refugee issue for their own ends. Experts warn against a rhetoric of division. Hilal Koylu reports from Ankara

Turkey has accepted more refugees from Syria than any other state. Since the beginning of the Syrian war in 2011, more than 3.6 million Syrians have arrived from across the border. Many of them have been in the country for so long now that they are eligible to apply for Turkish citizenship. Needing support, shelter and work, these people have been a popular campaign issue for years. The local elections on 31 March are no exception.

A recent statement by the Minister of the Interior, Suleyman Soylu, caused a clash between the government and the opposition. He declared that almost 80,000 Syrian-born citizens lived in Turkey, of whom some 53,000 would be entitled to vote in the local elections. Although these Syrian-born Turks make up just 0.1 percent of the total population, Soylu felt compelled to quash any possible racist objections: "not every Syrian you see on the street will be allowed to vote."

Such reservations also exist in the ranks of the opposition. Lutfu Savas, of the opposition Republican People's Party (CHP) and mayor of Hatay near the Syrian border, complained on Twitter that more and more Syrians were living in his home town. In ten years' time they could even provide the mayor.

The government then accused Savas of inciting hatred and initiated investigations against him. Savas, however, continues to claim that the AKP is drawing up bogus electoral lists and offering Syrian refugees a perspective in Turkey only to increase their share of the vote in the elections.

Both the government's and the opposition's statements are dangerous, says Murat Erdogan of the Migration and Integration Research Centre at the German-Turkish University in Istanbul. One problem is that the government has never communicated a clear attitude towards the Syrian refugees, but is constantly changing its populist statements and adapting them to its political goals. 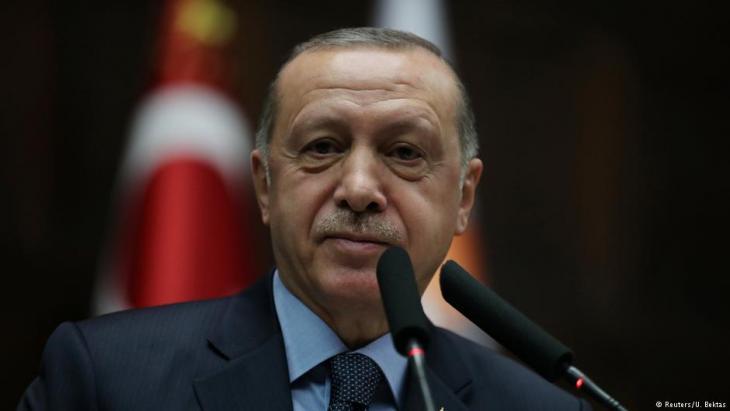 Important mood barometer for Recep Tayyip Erdogan: after the presidential and parliamentary elections in June and the past economic turmoil, a victory in the nationwide local elections is the declared goal of the Turkish head of state and his AKP. In the capital, Ankara, and in Istanbul, Erdoganʹs Islamic-conservative AKP has furnished the mayor for over ten years. A defeat for the AKP in these cities would be a loss of face for Erdogan

Initially, the AKP declared to the refugees: "you are our guests; we have opened our doors for you". However, as the war in Syria dragged on and more and more Turks became upset by those seeking protection, the AKP tried to appease the population by asserting: "the refugees won't be here forever. They will return home."

As evidence, the government began publishing returnee statistics. Yet most remained unimpressed by the figures. The move also did nothing to persuade those Syrians still in Turkey to leave the country, explains Murat Erdogan. Despite that fact that recent research had revealed that Syrian refugees were feeling increasingly insecure in Turkey, "they still did not want to return, preferring to live in peace with the Turkish population."

"Furthermore, the media has been tamed in recent years," continued Murat Erdogan. There are few government-critical voices left and the only alternative is social media, "which is simply full of gossip and sensationalism."

Hate and agitation in the social networks has also been encouraged by many opposition politicians, says Murat Erdogan. Here are a few examples: "The Syrians conquered us without fighting us." – "The fact is, my beautiful Kilis has degenerated into a paradise for thieves." – "There are now as many Syrians in Reyhanli as there are locals." These are tweets from members of the Nationalist Good Party (Iyi-Parti).

"The opposition is exploiting the mood that is prevalent in sections of society. They are using typical right-wing slogans to catch votes. But this is not the right way to go about criticising government policy. Both the government and opposition are dividing society," says Erdogan and asks why Syrian-born Turks in Turkey should not be mayors – just like Germans of Turkish origin in Germany or the Netherlands.

The migration researcher finds it positive that the hate tirades favoured by politicians have not yet spread to the people. "Syrians have committed very little violent crime in Turkey. Although unemployment is on the rise, you cannot blame the Syrians. People content themselves with saying to the Syrians: it's time to go. But that is about as far as it goes."

Syrians are being instrumentalised

Cavidan Soykan is one of the academics who lost their jobs as a result of the emergency decrees. The former Ankara University scholar is now contributing her research on migration to reports by international NGOs. Soykan explains that the attitude of politics towards refugees is reflected one-to-one in the media.

The Syrians have not been called "guests and brothers" for a long time. Today we speak of them as "refugees and unwanted strangers who abuse the rights of the population", says Soykan. "Both the government and the opposition are instrumentalising the Syrians for domestic and foreign policy."

No one is defending the rights of refugees, the academic complains. "Having positioned itself against the government rhetorically, the opposition is completely neglecting to promote itself with the real situation of the Syrians and their integration into society."

Millions in Idlib depend on aid coming through a northern border crossing. On 10 July, the UN Security Council votes whether to keep it open. The decision may hinge not only on ... END_OF_DOCUMENT_TOKEN_TO_BE_REPLACED

For a century, the Kurds and other minorities in Turkey have been subject to state repression. With his dissertation "The Kurdish Question in Turkey", political analyst Ismail ... END_OF_DOCUMENT_TOKEN_TO_BE_REPLACED

Syria, Egypt, Saudi Arabia and the UAE are among those countries increasingly misusing cybercrime legislation to silence dissent and curb freedom of speech. Could a new global ... END_OF_DOCUMENT_TOKEN_TO_BE_REPLACED

A new exhibition, "Syria – Against Forgetting", at Cologne’s Rautenstrauch-Joest-Museum focuses on Syria's artistic and cultural heritage and pays tribute to the country before ... END_OF_DOCUMENT_TOKEN_TO_BE_REPLACED

This year’s Morgenland Festival opened with the premiere of Kinan Azmeh’s musical theatre piece, “Songs for Days to Come”, based on fifteen poems by contemporary Syrian poets. ... END_OF_DOCUMENT_TOKEN_TO_BE_REPLACED

Longlisted for the 2020 International Prize for Arabic Fiction and now available in German translation, Khaled Khalifa’s novel “No One Prayed Over Their Graves” details lives and ... END_OF_DOCUMENT_TOKEN_TO_BE_REPLACED
Author:
Hilal Köylü
Date:
Mail:
Send via mail

END_OF_DOCUMENT_TOKEN_TO_BE_REPLACED
Social media
and networks
Subscribe to our
newsletter