As in other countries, Israel's attacks on Gaza have been greeted in Turkey with angry protests. Nevertheless, the government of Recep Tayyip Erdo?an is currently making every effort to mediate between the two sides. According to Can Baydarol, in doing so, it is protecting its own interests too

As in other countries, Israel's attacks on Gaza have been greeted in Turkey with angry protests. Nevertheless, the government of Recep Tayyip Erdoğan is currently making every effort to mediate between the two sides. According to Can Baydarol, in doing so, it is protecting its own interests too 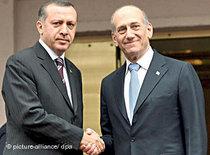 Difficult mediation mission: the government of Recep Tayyip Erdoğan has indicated its fundamental willingness to send troops to the Gaza Strip as part of a peace-keeping force

​​ In the current situation, Recep Tayyip Erdoğan is not afraid of using strong words. Some critics feel that the Turkish prime minister, who last met his Israeli counterpart about a week ago, is creating a profile for himself that makes him look like a spokesman for Hamas. For others, he is the only political player that can credibly conduct negotiations with Hamas.

However, even though nothing is known about the content of the discussions between Erdoğan and Olmert and one can only speculate as to what they talked about, the voices speaking out in opposition to Erdoğan are getting louder.

Turkish soldiers in the crisis region?

A lasting ceasefire in the region is undoubtedly the top priority for Turkey and Prime Minister Erdoğan. Should it become necessary, Turkey would also be willing to send troops to the region as part of a peace-keeping force.

But Olmert has rejected this proposal because Israel is strictly opposed to Hamas. Even though Israel does not intend to end its military operation until the military strength of Hamas has been significantly reduced, what would happen if this goal was not entirely reached?

It is also conceivable that Palestinian opponents of Hamas would join forces with Hamas in protest against the Israeli campaign in the Gaza Strip, thereby ensuring that the campaign actually strengthens Hamas.

New chaos would be unavoidable if Iran's influence on Hamas were also to play a role in this scenario.

When seen in this way, Erdoğan's attitude to Israel, which does not include a critical stance on Hamas, could be considered a kind of poker game. 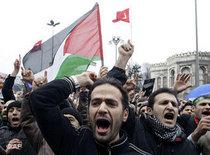 "Stop the war in the Gaza Strip": demonstrations against Israel's military intervention have been held in a number of Turkish cities

​​ Were Israel to carry its campaign through to the bitter end despite the catastrophic humanitarian situation in the Gaza Strip and eliminate Hamas, this would put Turkey out of the picture as a mediator and would call into question the Turkish-Israeli friendship, which has proven very important for regional stability.

Should Israel, however, be convinced by the efforts of President Nicolas Sarkozy of France and the Turkish special envoy Ahmet Davutoğlu to agree to a ceasefire, Erdoğan could become one of the most important diplomatic players in the region. This could however, change at any time, depending on the outcome of the aforementioned poker game.

In Turkey, some of the reactions to the Israeli military campaign in Gaza have been very hostile. Countless numbers have taken to the streets to protest against the war in the Gaza Strip - something which did not happen during Turkey's social, domestic conflicts. The display of solidarity with the Palestinians and the protest against Israel are starting to assume alarming proportions. 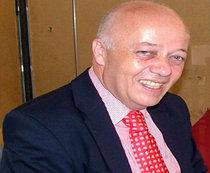 Can Baydarol: "In terms of averting defeat in the elections, Erdoğan must be thanking his lucky stars for the Gaza conflict"

​​ Turkey's policy towards Israel could also become a central issue for the local elections in March.

Political observers assume that the effects of the global financial market crisis will reach Turkey in February and March, which will mean that some political players - and particularly those within the government - will be tempted to shift the political focus away from the economy.

In terms of averting defeat in the elections, Erdoğan must be thanking his lucky stars for the Gaza conflict. Turkey's desire to accede to the EU is undoubtedly still another important issue.

The discussions about Turkish membership of the European Union have not always gone quite as the government in Ankara would have wished. It is often said that 2009 will be the year in which Turkey will decide about its accession to the EU. Successful mediation in the Middle East conflict could have an additional positive influence on Turkey's candidature.

Particularly those who view Turkish membership of the EU from a strategic perspective could conclude that the cost of not having Turkey as a member of the EU far outweigh the costs that would accrue with Turkey's accession to the union.

Against the backdrop of the growing importance of Turkish diplomacy in the region, one should not ignore the new opportunities for Turkish influence as a non-permanent member of the UN security council.

Can Baydarol read political science at the University of Ankara and the University of Bogaziçi in Istanbul. Among other issues, he focuses mainly on Turkey's relations with the EU, European law, and the European integration process.

Interview with Ümit Boyner
"Europe Will Never Become A World Power Without Turkey"
Ümit Boyner is the vice-president of the Turkish Industrialists' and Businessmen's Association. Hülya Sancak discussed the relationship between Turkey and the EU with her, as well the role of women in Turkish society

END_OF_DOCUMENT_TOKEN_TO_BE_REPLACED
Social media
and networks
Subscribe to our
newsletter