Turkeyʹs years of unrest and upheaval

The "Turkiyeli" exhibition, hosted by the Berlin "f hoch drei" gallery, showcased the work of seven contemporary Turkish photographers. Their critical reflection on hot topics such as refugees and protests expressed the turmoil experienced by the country in recent years. By Ceyda Nurtsch 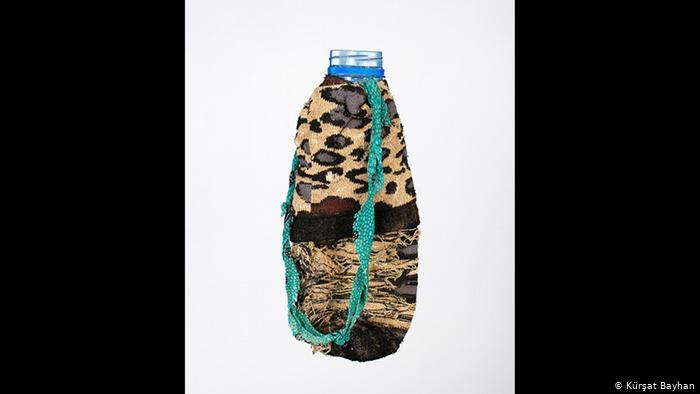 Between art and documentation: the range of themes covered in the exhibition was huge – refugees, the war in Syria, police violence in the Kurdish areas of Turkey, the construction boom and gender issues. Kursad Bayhan's photos of bottles decorated by Kurdish women symbolise the war-like conditions in south-eastern Turkey 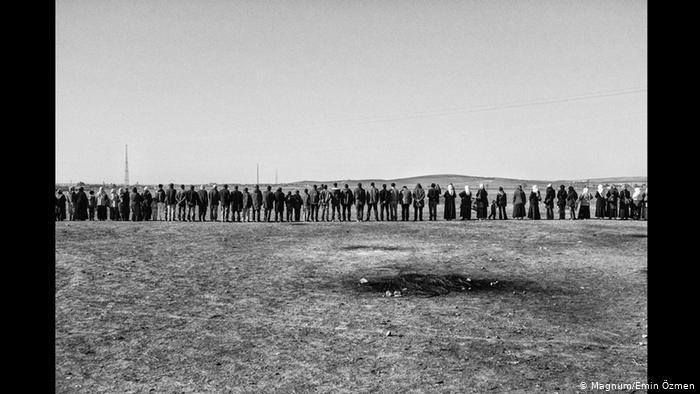 The Human Chain of Suruc: Magnum photographer Emin Ozmen focused on conditions in the Kurdish regions of Turkey. "Turkey's Hidden Wars" is the title of his black-and-white series. His works show water cannons and tear gas being used by the police and he captures curfew hours. His photo from January 2015 (above) shows Kurds forming a human chain in Suruc to support Kurdish fighters battling Islamic State" 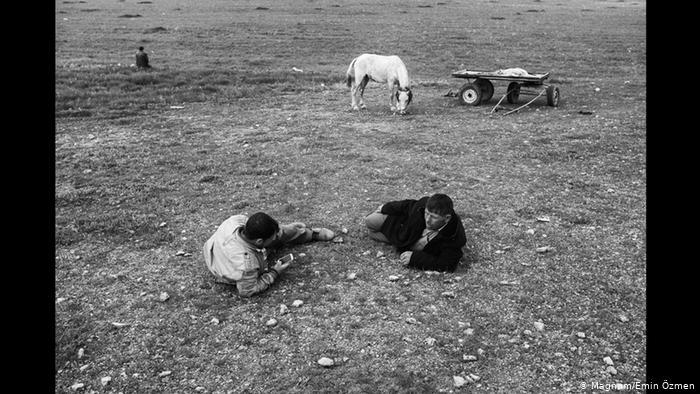 Celebration despite war: thousands of people attended the Newroz new year's festival in Suruc in March 2015, which took place despite the war. Above, men take a break during their journey. Suruc was to become a symbol of resistance to the IS. Emin Ozmen considers his work to be like a documentary: "In order to find solutions to the massive problems in our region, we need to have a detailed picture of what is happening" 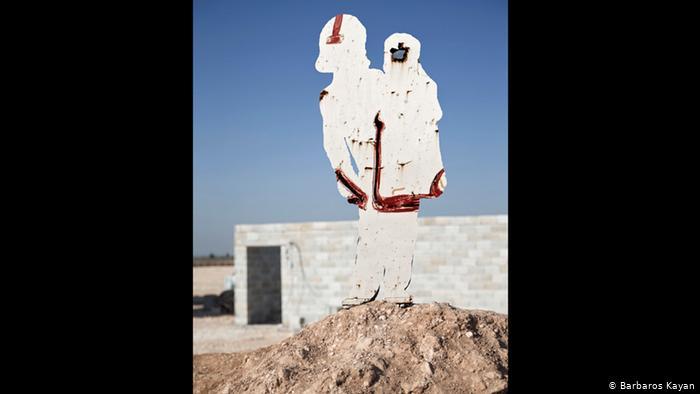 Refugees from Kobane: in his series "Moving Portraits", Barbaros Kayan focuses on the fears of refugees from Kobane who were being housed in camps in Turkey. He wanted to find out what happens when these people return to their home countries. Kayan travelled to Syria and documented the destruction and devastation there 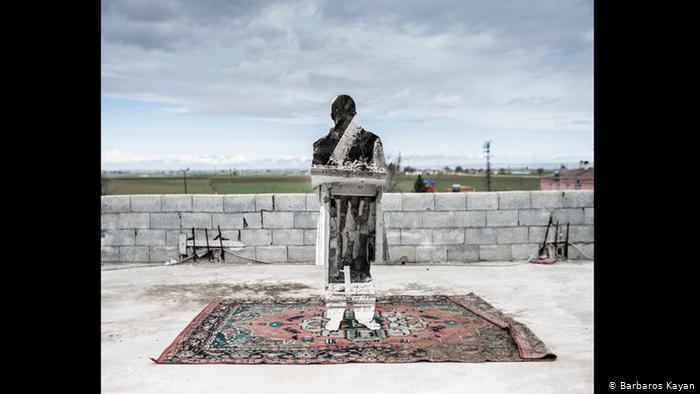 New conceptual imagery: Barbaros Kayan also photographed Syrians living in the Turkish refugee camps as part of the series. He placed their silhouettes on photos of their hometowns, creating compositions that confront the viewer with new visual themes 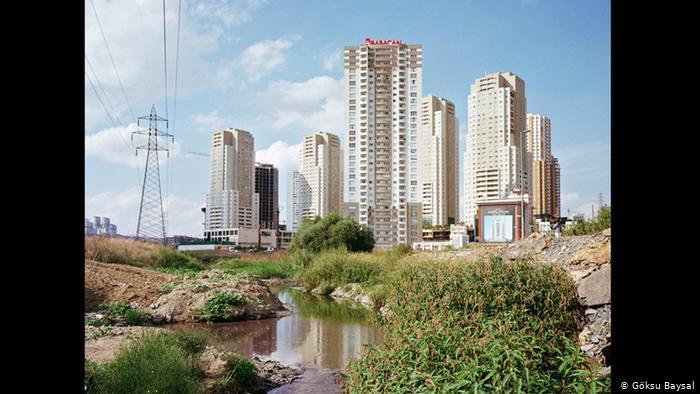 Gentrification in Istanbul: Goksu Baysal mainly focused on the construction boom and gentrification, especially in Istanbul, in his series "Istanbul Reloaded". The pictures depict violence against nature and highlight the rising demand for energy caused by the aggressive building boom 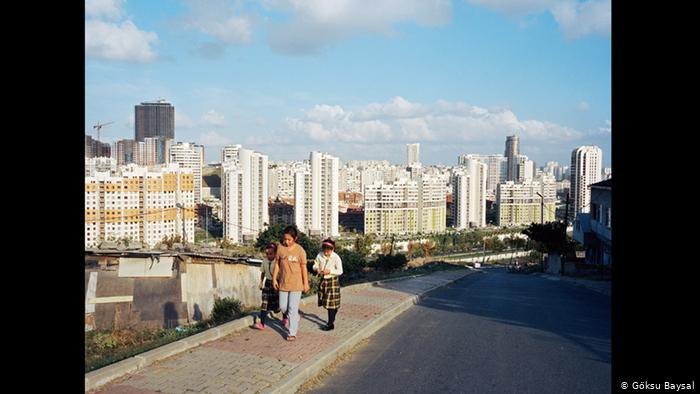 Monotonous grey: under the pretext of making the city safer against earthquakes, a programme called "urban renewal" is replacing historic neighbourhoods with grey landscapes built of concrete. The local population is often too poor to afford these new apartments and as a result is usually driven out of these areas 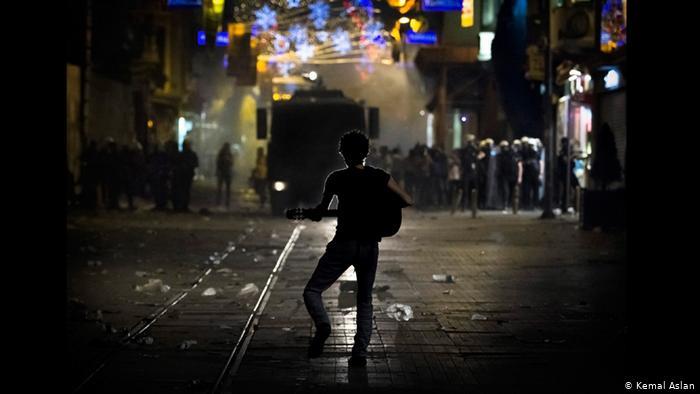 Gezi – from protest to civil movement: what started as a protest against the building boom in Istanbul turned into the Gezi Park demonstrations of summer 2013. In his picture series called "Gezi", Kemal Aslan addressed the resistance of the population against the arbitrariness of the political system. For several weeks, thousands of people in Istanbul demonstrated for freedom and against oppression by institutions 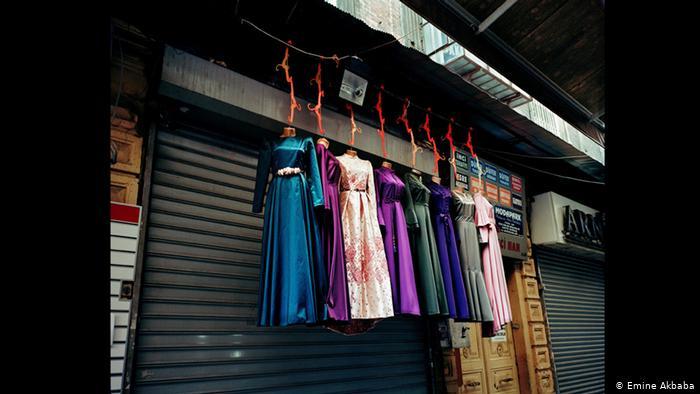 Women between autonomy and oppression: since the Gezi protests, the role of civil society has become more prominent, and in particular the role of women. At the same time, however, violence against and murders of women continue to increase steadily. Emine Akbaba's series "Precious Blossom" focused on women who are unable to free themselves from oppression 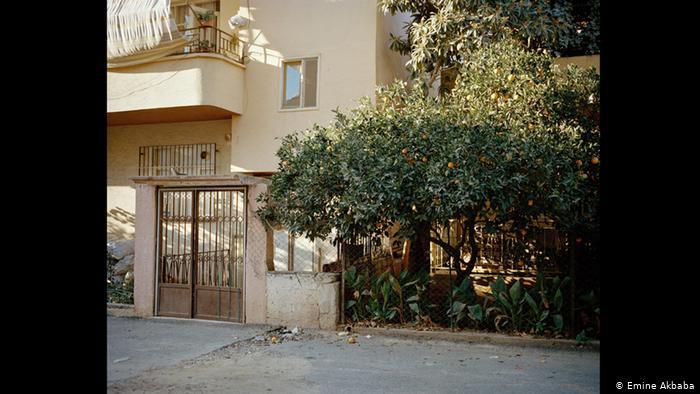 Women as victims of violence: in international comparison, violence against women is extremely high in Turkey. Every other woman reports that she has been harassed on at least one occasion. Between 2010 and 2016, more than 1,600 women were murdered in the country. Emine Akbaba, winner of several photography awards, tries to raise awareness through her work about women's rights, gender equality, and freedom of expression 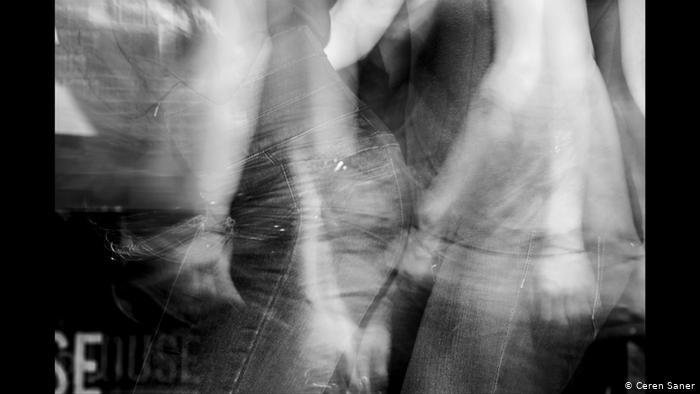 'Isn't it love?': Turkey's LGBT movement has also gained more attention since the start of the Gezi protests. "Isn't it love?" is the title of the series that Ceren Saner produced, which highlights images taken at queer parties. In this photo compilation, Saner questions the nature of love – not sexuality. In Turkey, the series is only shown at private events

END_OF_DOCUMENT_TOKEN_TO_BE_REPLACED
Social media
and networks
Subscribe to our
newsletter