The Mirror of Social Change

Today's modern Turkish film industry - multi-faceted, complex, innovative, is also home to a new wave of directors whose films no longer shy away from the politically or socially sensitive. Amin Farzanefar takes a front-row seat

​​Within just two months of its opening in cinemas, the film "Valley of the Wolves" had sold over four million tickets – and raked in ten million euros at the box office along the way. Although the film has taken a thorough savaging in the West, it needs to be seen less in terms of Islamic propagandist cinema, and much more as a prime example of the booming Turkish film industry.

Production figures and costs for films are on the rise, box office records being smashed. Suddenly there is an enthusiastic audience for Turkish cinema, reviving memories of the heyday of the Turkish "Hollywood" of the "Yeşilçam" era, which ended back in the early 1980's.

Many of the new films reflect a dynamic, changing country, while at the same time satisfying audiences' expectations by preserving the traditional narrator figure as well as the classic themes of love, revenge and betrayal.

Added to this is what might be called a typically Turkish mishmash of pop culture icons, a relic of the wild years of the 70's when American and Asian action sequences were simply integrated into a Turkish story line.

In 2004, "G.O.R.A.", a self-deprecating and rather silly, spoof science fiction comedy which made playful reference to films like "Matrix" and "Star-Wars" set new box-office records.

Movies like 'G.O.R.A', although somewhat bizarre and of rather poor quality, allow Turkish film makers for the first time to break with taboos and critically examine crucial chapters of Turkey's history

It's not exactly high cinematic art, nevertheless, it's commercial films like these that show the breathtaking speed at which taboos are being swept aside. From the war against the Kurds or the Cyprus conflict, to the expulsion of Greek Turks and the reign of the military juntas, ever more contentious chapters of history are finding their way onto the cinema screen.

For years these sorts of subjects belonged to the realms of the untouchable as far as the mainstream was concerned, and when such areas were broached at all, it was by some committed independent, usually financed by an international funding agency such as Eurimage, and aimed at the European or international arthouse public rather than at satisfying popular local taste.

The fact that this present exorcism of the psyche is taking place at the level of popular entertainment makes it all the more interestingly revealing of the current state of Turkish society.

Just how much things have changed becomes clear if we look more closely at the medium that, three decades ago, seemed to have sealed the fate of Turkish cinema. Following the introduction of television in the 1970's, Turkish film production plunged into deep decline, with recovery a seemingly slow and painful business.

With the state still lagging behind in the adequate provision of subsidies for the film industry, it is television, of all things, that has stepped in to deliver the necessary finance, infrastructure and technology, as well as the actors and ideas for potential cinema "blockbusters".

It's a phenomenon best illustrated by the career of an earlier shooting star of Turkish film, Sinan Cetin. He made his breakthrough with ambitious, low-budget films such as "Berlin in Berlin" (1992), a social drama shot in Germany, before turning to mainstream filmmaking.

Cetin has since gone on to become one of the heavyweights of the Turkish media industry, producing his own TV series' as well as hosting chat, game and music shows. It's a career that could almost be described as prototypical. Serdar Akar, 39-year-old director of the controversial "Valley of the Wolves", also turned to television after cutting his teeth on social realism with "Gemide" ("On Board", 1999).

Ömer Faruk Sorak of G.O.R.A. fame is a product of the advertising film industry. Those exhibiting talent in the media are quickly quite likely to find themselves part of a Mafioso-style "Turkish Connection" contact network. On the other hand, this does at least have the advantage of making it possible for the 53-year-old Cetin's "Platofilm" company, for example, to provide a testing ground for new young talent.

Limits of the permissible

Where money does the talking, cultural idealism is left to make its own way. The Turkish arthouse and independent film-makers, then, are more likely to concentrate on international festivals than on the Turkish market when it comes to gaining recognition for their psychological character studies by directors such as Zeki Demirkubuz, Nuri bilge Ceylan or Zeki Kaplanoğlu. Then there are also the political subjects. 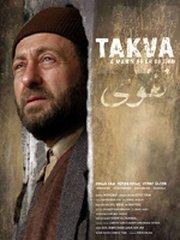 ​​Derviş Zaim's "Çamur" ("Mud", 2003) and Yeşim Ustaoğlu's "Bulutları Beklerken" ("Waiting for the Clouds", 2004) being recent examples to tackle the subject of Cyprus, also the subject of a documentary ("Parallel Trips", 2004) by Zaim in collaboration with Greek director Panicos Chrysanthou.

In arthouse, as in commercial cinema, the borders of what is legally or socially permissible are ever shifting. While the Armenia question remains a taboo subject as far as cinema is concerned, and a film biography of Ataturk is long overdue, the new religious have made it to the screen.

Ömer Kızıltan's "Takva", for example, has broken new ground by raising the subject of the precarious role of wealthy religious foundations in the midst of Islamic-governed Turkey's economic miracle.

Veteran actor Erkan Can is thoroughly convincing as the simple monk tortured by conscience after he takes on the job of convent treasurer, only to find his religious faith under threat from the temptations of bribery, nepotism and privilege. The film gradually moves away from its broader social milieu, drawing the viewer into the claustrophobic world of a tortured, individual soul.

The fact that the film, co-produced by European Film Prize and Berlinale winner Fatih Akın, went on to win nine prizes at the top Turkish festival in Antalya, is not just a testament to its quality, but also to the powerfully charged nature of its subject-matter. Who knows? "Tavka" may just go some way towards bridging what is a pretty sizeable gulf in Turkey – that between art and commerce.

Germany
Popular Cinema, Turkish-Style
Turkish films are securing a place in German cinemas now that producers have discovered a new target audience of German-Turks. Far from being on the fringe, the films are making it into the nation's biggest theaters. By Amin Farzanefar