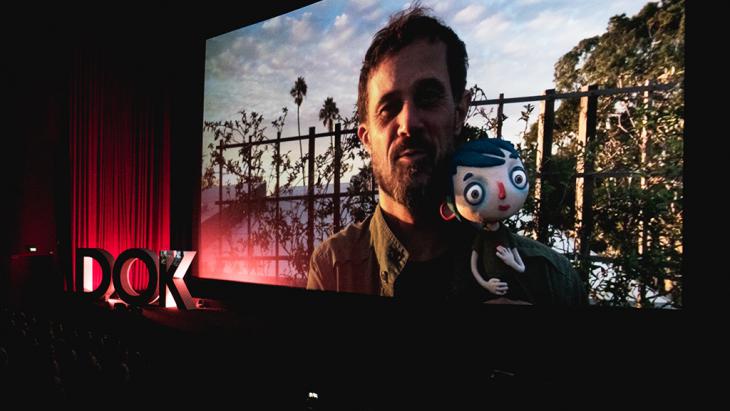 Resilience in the face of adversity

The spotlight at the 59th Festival for Animation and Documentary Films in Leipzig was on Turkey. Numerous films and discussions showed how the cultural and film scene is coping with a country that is currently being torn apart by fierce social and political conflicts. By Madeleine Prahs

Disobedience was the overarching theme of the 59th International Festival for Documentary and Animation Film in Leipzig. At a discussion evening with Turkish documentary filmmakers it became patently clear what it means for artists when their work is perceived as a political threat.

The evening was entitled ″Documentaries in Turkey – The Next Frontier?″ and it provided a number of emotionally charged filmmakers with a platform to report on the government repression artists are being subjected to, such as how hard it had been for their Kurdish colleague, Selim Yildiz, to take part in the Ankara film festival in April 2016.

The director Yildiz, in his film ″I Remember″ (Bira Mi ′Tetin, Turkey 2015), focuses on his personal memories of the Turkish army′s massacre of 34 Kurdish civilians in Roboski and follows the fates of people living on the border to Iraq. There, their secluded life up in the mountains collides with the permanent presence of Turkish soldiers. Yildiz′s film was in the end removed from the programmeme of the Ankara International Film Festival at the last minute. ″I Remember″ was shown this year in Leipzig as part of the festival′s country focus.

Protest movements and the right to urban culture

Although the political developments in Turkey could not be foreseen when they were planning the festival, the events of the last few days and weeks – the arrests of journalists and opposition politicians – made the festival′s focus on Turkey even more volatile.

A total of 18 up-to-the-minute documentary films were shown as part of the spotlight on Turkey, and during the discussions after the showings it became clear that many directors have to realise their projects without any state support. This fact alone makes it clear how difficult it is for a self-confident cultural and film scene to survive in a country that is plagued by censorship and oppression

Firat Yucel′s film ″Audience Emancipated – The Struggle for the Emek Movie Theatre″ (Ozgurlesen seyirci: Emek Sinemasi mucadelesi, Turkey 2016) illustrates this in exemplary manner. Its focus is on the protest movement, which in 2010 tried to prevent the demolition of the Emek cinema, one of Istanbul′s most important historical landmarks.

Director Firat Yucel used, among other things, visual materials created by various activists to impressively depict what triggered the people′s ″disobedience″ – the right to urban culture and self-determination. The fact that the battle for the preservation of the Emek cinema became a key event in the recent political history of Turkey was also emphasised by Ozge Calafato, the curator of the festival′s spotlight on Turkey. ″In the end, it paved the way for the protests in Gezi Park.″ 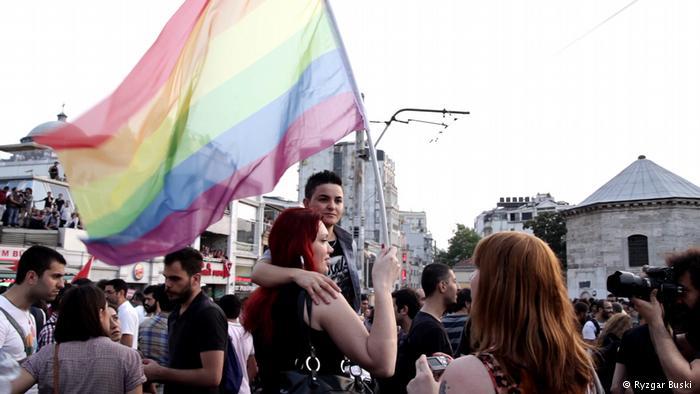 Joint project: set up in 2015 by Anadolu Kultur and the !f Istanbul Independent Film Festival, the New Film Fund is intended to enable documentary filmmakers from Turkey to continue their work, even when it is difficult to obtain state subsidies because of censorship

The spotlight on Turkey gave visitors a differentiated insight into what Turkish filmmakers are working on at the moment. An amusing review of the era of cheap remakes and adaptations in the Turkish film industry of the 1960s and 1970s, as in such productions as ″Remake, Remix, Rip-Off″ by Cem Kaya (Motor, Kopya kulturu ve populer Turk sinemasi, 2014), remained, however, the exception.

Many of the selected feature and short films focused in a variety of ways on the critical analysis of their own past and present and thus offered unprecedented insights into the politics and society of their home country. ″We have films made by Kurds, films made by Armenians,″ says Grit Lemke, programme director of the festival. ″There is a broad range of ethnic diversity in the films, a broad range of artistic diversity – afterwards you perceive the country quite differently from the way you did before.″

Armenian female director, Hale Guzin Kizilaslan, for example, retraces the genocide of the Armenians; her film ″The Return″ (Veratarts, Turkey 2015) reveals the repressed memories of a whole country – and the accompanying collective trauma. In their film, ″Baglar″, directors Berke Bas and Melis Birder, on the other hand, accompany an up-and-coming Kurdish basketball team. The film projects a reality has seems to have suddenly been taken from a fictitious Hollywood drama. A passionate basketball teacher is training a group of young men who are aiming to get into the national league, while not so far away from the sports hall the police are using water canons on the Kurdish PKK and its supporters.

With its critical and sophisticated programme the festival also managed to impress beyond the focus on Turkey. For example, the Ukrainian filmmaker, Sergei Loznitsa, won the Golden Dove in the international feature film competition for his film ″Austerlitz″, which raises urgent questions about the contemporary ′memory culture′ that prevails at Shoa memorial sites. Although the contributions from the country spotlight programmeme are not part of the competition, film prizes and international festivals naturally generate public awareness.

For this reason, at the discussion evening in Leipzig, the New Film Fund, a co-operation project between Anadolu Kultur, a Turkish institution dedicated to cultural diversity, and the !f Istanbul Independent Film Festival was presented. The fund, which was set up in 2015, is intended to enable documentary filmmakers from Turkey to continue their work, even when it is difficult to obtain state subsidies because of censorship. ″We hope with this independent film fund to help filmmakers find international co-producers,″ said project leader, Zeynep Guzel. Director Firat Yucel, who was sitting beside her, started to nod resolutely and then it at last became clear – the cinematographers in Turkey, a country that is currently being torn apart by fierce social and political conflicts, are equally as resilient as the films themselves.

Home
Print
Newsletter
More on this topic
Portrait of the Turkish writer Emrah Serbes: "Politics is made on the street by the people"The Film "Ummah – Among Friends": My neighbours, the MuslimsFatih Akin's film "The Edge of Heaven": Transcending prejudice and ideology
Related Topics
Art, Cinema, Free speech and censorship, Freedom of the press, Media in Turkey, Turkish cinema
All Topics

Among Muslims, the image of women as "cossetted hijab-wearing princesses" is frequently invoked. But Muslim women have long wanted to be more. In her essay, Karoline Roscher- ... END_OF_DOCUMENT_TOKEN_TO_BE_REPLACED

The USA and NATO plan to withdraw from Afghanistan by September. The operation is risky, the outcome uncertain. Many Afghans fear civil war. The quake on the Hindu Kush will also ... END_OF_DOCUMENT_TOKEN_TO_BE_REPLACED

Even in times of war and pandemic, refugees are still being deported to Afghanistan. Several deportation flights have taken place in recent weeks alone. Since those affected often ... END_OF_DOCUMENT_TOKEN_TO_BE_REPLACED

On 7 March, Switzerland became the latest European country to vote in favour of a so-called "burka" ban. It was yet another feather in the cap of the right-wing populist Swiss ... END_OF_DOCUMENT_TOKEN_TO_BE_REPLACED

German Middle East analyst Guido Steinberg and television journalist Ulrich Tilgner have both published new books on the conflicts in the Middle East. Their analyses and their ... END_OF_DOCUMENT_TOKEN_TO_BE_REPLACED

END_OF_DOCUMENT_TOKEN_TO_BE_REPLACED
Social media
and networks
Subscribe to our
newsletter