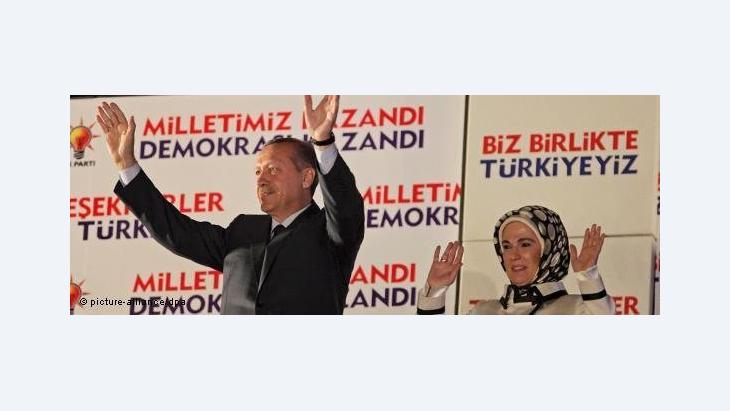 So near and yet so far: Turkish Prime Minister Recep Tayyip Erdogan is to remain in office. But he's had to bury his lifetime ambition of establishing a presidential system with himself as president. A commentary by Jürgen Gottschlich

Turkey has voted and in accordance with expectations, Prime Minister Recep Tayyip Erdogan has been returned to office for a third term. This is one of the greatest success stories in the history of the Turkish Republic in itself, but Erdogan wanted more.

As he declared up and down the country during his election campaign, his aim was to capture two thirds of the vote for his Justice and Development Party, or AKP (Adalat ve Kalkinma Partisi). And he would view anything less as a defeat.

After almost 10 years as head of government, Tayyip Erdogan has recently displayed more frequent indications of acute megalomania. He viewed any criticism of himself as lèse majesté, and critics soon found themselves up against the public prosecutor – in one instance, after whistles from the crowd at the inauguration of a soccer stadium by Erdogan, spectators were questioned by police en masse.

Erdogan also honed his profile on an international level. Growing popularity in the Arab world, triggered by a coolly stage-managed conflict with Israel, seduced him into believing he was something of new Nasser-style figure, or a modern version of the Ottoman rulers that once controlled the Middle East. 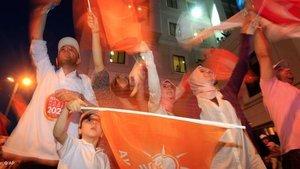 ​​It was this megalomania that encouraged Erdogan to believe that with a new constitution to replace the current authoritarian set of rules established after the military putsch of 1980, he could replace the nation's parliamentary system with a presidential system tailored to his person.

As a president with similar powers to those held by the French head of state, his subsequent plan was to mould Turkey in accordance with his own ideas, over the next ten years if possible, and largely without monitoring by a robust opposition or critical media.

This plan will now not be realised. Not only did Erdogan's election performance fall short of the two-thirds majority he had been hoping for, he actually finished up with five or six parliamentary seats less than in the last legislative period despite a percentage increase from 47 to just under 50 percent. This also cancels out the second possibility of establishing a constitution that would support the interests of the AKP.

With a majority of three-fifths of all parliamentarians, or 330 votes, he would have been able to present a draft constitution to parliament before seeking the approval of the people in the form of a referendum. In the event of such a referendum, he would have certainly had a good chance of asserting his ideas.

All these dreams have now been rendered invalid. Erdogan may well be the most successful prime minister since Turkey introduced a multi-party system after World War Two. But at the zenith of his power, he now appears undecided as to where his future is headed.

On election night, Erdogan did issue expressions of humility and announced that he and his government will approach the other parties over the coming weeks and months to find consensus in the drawing up of a new Basic Law. But his critics are sceptical. 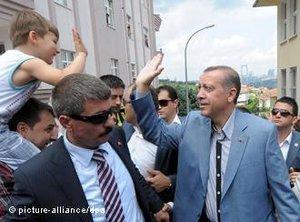 Give me five! The prime minister likes to cast himself as a man of the people on the campaign trail. But in the political arena, Erdogan often operates in a detached manner, writes Gottschlich

​​Following his last election victory in the summer of 2007, Erdogan expressed a readiness to approach his political opponents to reconcile the divisions within Turkish society. But in the end the opposite was the case, and contemporary Turkish society is now as polarised as never before.

Supporters and opponents of the AKP are bitter enemies, and there is no constructive dialogue between the religious and secular camps. Then there are Turkey's deep ethnic divisions.

To force the right-wing ultra-nationalist MHP out of parliament – only then would he have stood a chance of winning a constitution-changing majority – Erdogan adopted the anti-Kurdish rhetoric of the right-wing radicals during the election campaign. The entire Kurdish BDP was reviled as a terrorist organisation, and as for the detained PKK leader Abdullah Öcalan, Erdogan said he would like to see him hanged.

But if Erdogan is to find a consensus in the drawing up of a new constitution, he needs to court both the Kurds and the secular camp. But Erdogan is a polariser, not a reconciler.

It would be a political miracle if he were to renounce his megalomania to such a degree that the Kurdish parliamentarians and the social democratic CHP, both of which were able to considerably increase their share of the seats, might be in a position to work with him. 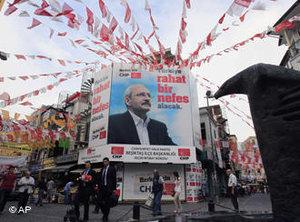 Success for Kemal Kiricdaroglu: The new CHP leader was mocked as an "accountant" before the elections. Now Erdogan will be negotiating with him over a new constitution

​​It is much more probable that – and this is something that has already been evident in recent years - Erdogan will let work on domestic policy reforms slide and concentrate fully on foreign policy. Mediating between Gaddafi and the Libyan opposition is much more glamorous than concerning himself with social security restructuring, for example. And this despite the fact that a new constitution is urgently required.

Not only because the old one still exudes the spirit of the military coup, but because without a new constitution, the country's most serious conflict, the recognition of the Kurds as citizens with equal rights, is practically impossible. The current constitution is dominated to such an extent by Turkishness and the Turkish language, that Kurds and other minorities cannot hope to get a look in.

As long as this constitution is in force, a political solution to the Kurdish question is inconceivable. It is therefore now up to Erdogan to shift gear from megalomania to true greatness. If he is prepared to enter into a constructive dialogue with the Kurds and Social Democrats, he can really make history.

Despite Syria's lengthy civil war, dictator Bashar al-Assad is now being courted by many governments in the Middle East as if nothing ever happened. The reasons for this vary. By ... END_OF_DOCUMENT_TOKEN_TO_BE_REPLACED

Benjamin Idriz, imam of the mosque in Penzberg near Munich, is one of the most prominent representatives of Islam in Germany. He sees his role as building bridges to mainstream ... END_OF_DOCUMENT_TOKEN_TO_BE_REPLACED 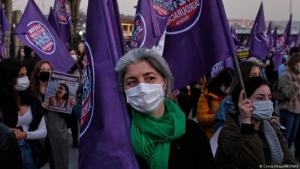 According to lawyers and women's rights activists, the prison term for the murder of women in Turkey is not long enough. They argue that the brutality of the crime should carry ... END_OF_DOCUMENT_TOKEN_TO_BE_REPLACED

For the first time in 19 years, polls suggest Turkey's opposition could be on track to defeat President Erdogan at the next election. To boost their appeal to Kurdish voters, ... END_OF_DOCUMENT_TOKEN_TO_BE_REPLACED

Rarely have the links between Turkish politics and organised crime been as apparent as they are at present. Right-wing extremist mafia godfathers from the Grey Wolves are ... END_OF_DOCUMENT_TOKEN_TO_BE_REPLACED

END_OF_DOCUMENT_TOKEN_TO_BE_REPLACED
Social media
and networks
Subscribe to our
newsletter