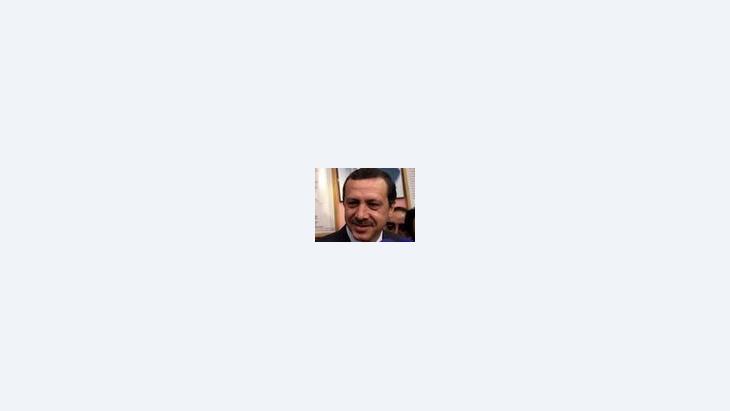 Turkish Government in a Catch-22 Situation

Prime Minister Erdogan has come under international pressure since the terrorist attacks in Istanbul. He stands accused of long underestimating Islamic extremism in his country. By Dilek Zaptcioglu

​​Fog usually descends over Istanbul in the months of November and December. Sometimes a thick layer of mist settles over the Bosphorus and brings shipping to a complete standstill. An even thicker fog would appear to be obscuring the view of the four terrorist attacks that have shaken the 12-million metropolis to its foundations within the space of a week.

Who are the assassins? Was al-Qaeda really behind the attacks? After all, it claimed responsibility for them in letters sent by the Al-Hifs al-Misri brigades to Arab newspapers in London and websites on the Internet. In the words of the American President, Turkey is suddenly ‘on the front line in the war against terrorism’.

Guessing the motives for and background to the attacks

For days, the wildest speculations and rumours circulated in Turkey: were the terrorists aiming exclusively at Jewish synagogues and British targets, or were they aimed instead at Turkey itself? The government of the Justice and Development party (AKP), which is described as moderately Islamic, would still appear to be finding it difficult to tell it like it really is.

After prayers on the first day of the Sugar Festival, Prime Minister Tayyip Erdogan stepped up to the microphone and spoke of his grief: ‘I cannot bear it when terrorism and Islam are spoken of in the same breath,’ he said. ‘After all, we never speak about Jewish or Christian terrorism. The book religions want to protect life, not destroy it. In Islam, those who take human life are acting as if they are blowing up the house of God,’ explained the head of the AKP.

Too lax in dealing with extremists?

The Turkish government is suddenly in the firing line. It has been accused of insufficiently monitoring the radical Islamic scene since it came to power one year ago. The former police chief and Minister of the Interior, Saadettin Tantan, doesn’t mince his words: ‘The security forces have not been able to infiltrate these organisations for a year now. The state archives about extremist groups are lying fallow,’ he complains.

‘Experts in this field have been transferred to passive posts. Governors and police chiefs that are either loyal to the AKP or themselves count as religious ‘fanatics’ have been appointed in the stronghold of religious fundamentalism.’

Does this mean that the AKP government is ‘blind’ in one eye? Are they investing the necessary vehemence in combating religiously motivated terrorism? Or has Turkey been ‘thrown to the wolves’, as MEP Ozan Ceyhun, a member of the German Social Democratic party and a man of Turkish origin, recently put it?

Rusen Cakir, one of the most competent analysts of the Islamic scene in Turkey, sees the situation in a completely different light: ‘The AKP has long since distanced itself credibly from extremist positions. At the end of the day, they won’t bow to this terror.’ Cakir is of the opinion that the AKP is just as much in shock as Turkish society. Conspiracy theories like the rumour that the CIA or Mossad wanted to draw Turkey closer to the West were a source of much confusion within the AKP.

Cakir is of the opinion that the so-called ‘Turkish Afghans’ - in other words, men who have voluntarily fought in Afghanistan, Bosnia or Iraq - are involved in the Istanbul attacks. He also believes that these Afghans are the link to al-Qaeda, which has drawn up a new tactic: in previous attacks in Morocco, Tunisia, Indonesia and Turkey, only extremists from the country in question were used for suicide bomb attacks, while the men behind the attacks stayed in the Arab region.

The fog is gradually beginning to lift in Istanbul. People are beginning to see a little clearer now, and they are looking toward eastern Anatolia. Bingöl is the name of a small town in a predominantly Kurdish region about 1,300 km east of Istanbul. Three of the four identified assassins hail from the area.

Two of them, Mesut Cabuk and Gökhan Elaltuntas, died in the attacks on the synagogues. Feridun Ugurlu and Azat Ekinci are either on the run or among the dead of the attacks on the British consulate and the investment bank HSBC. To date, a total of 18 suspects including two women have been arrested by the relevant state security court. But who are these suspects and assassins, and to what organisation do they belong?

In the course of their operations in Bingöl, Turkish security forces discovered a so-called ‘diary of revenge’ belonging to the Turkish Hizbullah. Apparently, this radical Islamic organisation has decided to work with al-Qaeda. In the 1990s, the security forces turned a blind eye when Hizbullah groups formed around specific book shops in the city of Batman, because it was concentrating on fighting the separatist Kurdistan Workers party, PKK.

Moreover, like the security forces, the men and women of the Hizbullah were fighting against the PKK. People were murdered on the streets every day, and no-one ever hunted down the assassins. It is estimated that Hizbullah committed a total of 3,000 murders and that its numbers swelled to 20,000 during this period.

The state put a stop to this development in the South-East of the country in 1997. First of all, the leader of the PKK, Abdullah Öcalan, was captured in Kenya and brought to Turkey. A year later, special forces raided a villa on the outskirts of Istanbul and were involved in heavy skirmishes with leading Hizbullah squads.

Their chief, Hüseyin Velioglu, was killed in one such skirmish. Comprehensive organisation material has been secured in Istanbul and elsewhere. Hundreds of militants ended up in prison. However, they didn’t stay inside long: the amnesty that the AKP government introduced this spring, above all for contrite PKK members, has been a boon to Hizbullah squads. Over 300 convicted Muslim extremists were released from prison.

The shadow of the past

Because the Hizbullah was considered ‘destroyed’, effective observance of the organisation came to a halt. However, after last week’s attacks, Turkey woke up to the bitter realisation that the identified assassins were known as ‘Hizbullah people’ in their home town of Bingöl and that relations of the suicide bombers had also worked in the organisation. And Hizbullah, which had previously been described by experts as a ‘ghost organisation’, is an expert at pulling strings from underground.

Experts believe that its current leader, Isa Altsoy, has also gone underground. They are of the opinion that he planned attacks together with al-Qaeda and has sworn to seek vengeance on the Turkish state. It is also said that Altsoy is living illegally in Germany under a false name.

END_OF_DOCUMENT_TOKEN_TO_BE_REPLACED
Social media
and networks
Subscribe to our
newsletter