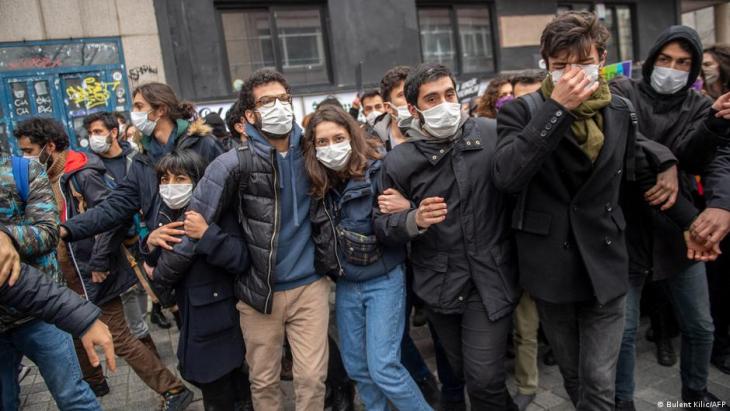 As Recep Tayyip Erdogan continues his crackdown on dissent, increasing numbers of Turkish graduates and young professionals are seeking new lives and better prospects abroad. Germany is their No.1 destination. By Sinem Ozdemir and Daniel Derya Bellut

Recently in Turkey, the concept of "beyin gocu" or 'brain drain' has once again become the focus of debate. An increasing number of the country's best and brightest minds see a future for themselves overseas – many have already turned their backs on their homeland. Critics say the government of Recep Tayyip Erdogan is itself promoting this trend by offering too few prospects to qualified Turks and even stigmatising them.

The criticism has intensified since protests broke out at Istanbul's renowned Bogazici University in January after Erdogan appointed an unpopular rector loyal to his ruling AKP party. The police cracked down heavily on the demonstrations, and politicians have described the student protesters as "terrorists" or even "perverts".

Critics warn that such hostility also leads young Turks to emigrate. A recent survey by the Turkish research institute Metropoll confirms exactly this trend: 47 percent of Turks would like to study or work abroad. For some years now, it has been observed that especially university graduates and highly skilled workers decide to leave the country in order to "start over again". 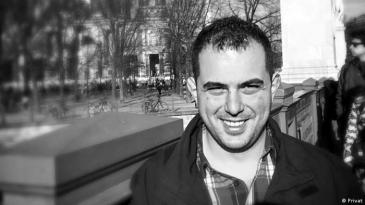 Zeki Ozturk returned to Turkey, but, confronted with the drastic changes there, came back to Germany
"We just want respect"

Zeki Ozturk, who studied philosophy at the prestigious Middle East Technical University (ODTU) in Ankara, also spent some time at Berlin's Humboldt University before deciding to return to Turkey.

Due to increasing political repression, however, he came back to Germany in 2017. Like many of his peers, he is dissatisfied with the situation in his home country.

"We just want respect," he explained. "People with a good education used to command more respect. Now you can be as well-qualified as you like, you don't get any respect."

His homeland is on a negative trajectory, says Ozturk. "Turkey does not have just one profile, nor just one faith. It is literally a mosaic. Nevertheless, dissenting opinions are no longer accepted. The time will come when even the presence of some people is no longer accepted," he fears. 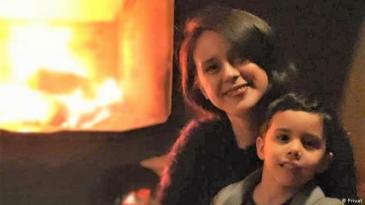 "I could not offer him a childhood like mine" in Turkey

Ezgi Unsal, who studied food engineering at ODTU and works for a global food chain, decided to leave when she became a mother.

She and her husband have been living with their 5-year-old son in Dusseldorf since last year. "It was clear that I could not offer him a childhood like mine," she said.

Though it used to be common for students to march in the streets in Turkey, she said now she would try to prevent her child from taking part in protests.

She said she and her husband thought it was very important for their child to grow up in an environment where he could express himself freely. 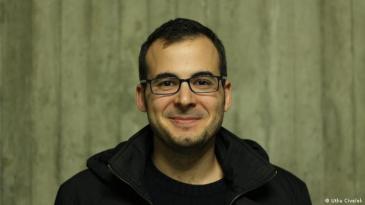 The 2013 Gezi protests are what prompted Selim Ozgen to emigrate

"A loss of academic freedom"

Selim Ozgen is another highly qualified university graduate who is currently trying to forge a new life for himself in Germany. He studied at Bogazici University before doing a PhD at ODTU.

In Germany since 2017, he said it was very difficult to leave Turkey and his loved ones, but he felt he had no other choice. "It was during the Gezi protests of 2013 that I had to acknowledge disappointedly that those who criticised things were subjected to pressure," he recalled.

The recent suppression of the student protests at Bogazici University in Istanbul have made it even clearer to Ozgen that the government will stop at nothing when it feels challenged. He is worried about the loss of academic freedom in Turkey. "Once it is gone, it is not easy to retrieve. This will have devastating consequences," he warned. 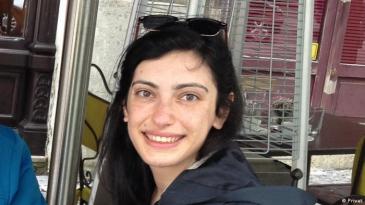 Oya Ayturk thought she would return to Turkey eventually, but so far has not found a good reason to leave Germany

Oya Ayturk, who is also a graduate of Bogazici University, decided to "start again from scratch" in Germany after obtaining a master's degree. She accepted a job in Frankfurt and has built a new life for herself.

"I always thought I would just work a couple of years and come back, but it's been 10 years now. I never found the motivation to go back," she admitted.

She said there was not enough to keep young graduates in Turkey where they did not feel they could fulfil their potential.

"Why else would we opt for this difficult path? We arrive here and build a new life from scratch. It's not that enjoyable to live in a country where you don't speak the language," she said. 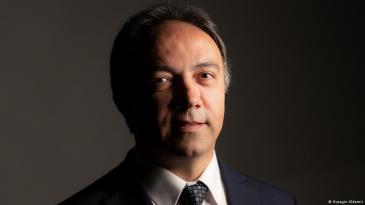 Emigrants, qualified or not, tend to seek out the already-existing networks of a diaspora, says Kaya

According to the Metropoll survey, 22% of those who want to study abroad would like to go to Germany.

Ayhan Kaya, a professor of politics and migration studies at Istanbul's Bilgi University, attributes this to the fact that there has been a considerable Turkish community in Germany since the 1960s; in fact, it's home to the world's largest Turkish diaspora.

Kaya pointed out that emigrants, whether or not they are qualified, tend to seek out the already-existing networks of a diaspora.

He said young Turks were particularly drawn to Berlin. "The considerable educational opportunities, the multicultural and cosmopolitan atmosphere, as well as rich cultural life are the most important reasons," he said.

Germany's capital is followed by the western cities of Dusseldorf and Cologne, as well as the central city of Frankfurt.

Home
Print
Newsletter
More on this topic
Political turbulence in Turkey: President Erdogan under pressureFreedom of the press: Turkey's Pelican group – Erdoganʹs state within a state?Freedom of expression in Turkey: Academics on the run
Related Topics
Education, Free speech and censorship, Freedom of religion, Freedom of the press, Immigration, Integration in Germany, Justice, Justice and Development party (Turkey), Recep Tayyip Erdogan, Rule of law
All Topics

The devaluation of the Egyptian pound combined with rising food prices is taking its toll on Egypt. More and more people are slipping into poverty. Karim El-Gawhary reports from ... END_OF_DOCUMENT_TOKEN_TO_BE_REPLACED

Since returning to power in Afghanistan, the Taliban have steadily eroded the rights and opportunities of women and girls, particularly their access to education. But Afghans are ... END_OF_DOCUMENT_TOKEN_TO_BE_REPLACED

The book "The Invention of the Maghreb: between Africa and the Middle East" prompts us to review basic terminology. This includes terms that we use almost every day as if they are ... END_OF_DOCUMENT_TOKEN_TO_BE_REPLACED

Tunisia has been going through a severe economic and political crisis in recent years. More than one in three young people there are unemployed. For many skilled, qualified and ... END_OF_DOCUMENT_TOKEN_TO_BE_REPLACED

At the end of every year, the team at Qantara.de gives you a run-down of the ten most-read articles on the site over the past 12 months. Here is a quick overview of the stories ... END_OF_DOCUMENT_TOKEN_TO_BE_REPLACED

The government in the Netherlands, one of the last European nations to abolish slavery, has made an historic apology. But some feel that there is still a long way to go. By Ella ... END_OF_DOCUMENT_TOKEN_TO_BE_REPLACED
Author:
Sinem Özdemir & Daniel Derya Bellut
Date:
Mail:
Send via mail

END_OF_DOCUMENT_TOKEN_TO_BE_REPLACED
Social media
and networks
Subscribe to our
newsletter