The controversial decision to release 10 members of the Turkish Hezbollah (Hizbullah) organisation has sparked mutual criticism between the government and the high judiciary. Ayşe Karabat reports

The controversial decision to release 10 members of the Turkish Hezbollah (Hizbullah) organisation has sparked mutual criticism between the government and the high judiciary as reigniting the smouldering Kurdish question and providing fuel for clashes between the country's political parties. Ayşe Karabat reports

​​In January, Turkey's Supreme Court of Appeals allowed the release of 10 members of the Turkish Hezbollah (Hizbullah) organisation; the decision immediately came under fire from the ruling party, which was itself the target of accusations of exploiting the situation for its own gain.

Unlike the better known Hezbollah of Lebanon, whose prime ministerial candidate emerged victorious from recent elections there, Turkish Hezbollah is a Sunni organisation. Ties between the two organisations have frequently been denied by the Lebanese group. Turkish Hezbollah was largely believed to be backed by the Turkish deep state for use as a weapon against the Kurdistan Workers' Party (PKK), as well as secular Kurds and Turks in the 1990s.

Turkish Hezbollah was known for using a brutal form of torture called the "hogtie," in which the hands and feet are tied together behind the back, with one end of the rope around the victim's neck. The tension on the neck-rope can only be relieved if the victim keeps their neck, back and legs arched; eventually, the victim tires and begins to be strangled by this rope, often leading to a long and painful death.

In 2009, a number of Turkish Hezbollah members were sentenced to life for involvement in the murders of 188 people, but they applied to the Supreme Court of Appeals. In Turkey, such inmates are considered "under arrest" until their cases are heard in the higher court. However, a recent legal amendment restricted this period to 10 years. Because the Turkish Hezbollah members in question had already spent this time in prison, they were released at the beginning of January 2011.

AKP Parliamentary Party Deputy Chairman Bekir Bozdağ stated that the Supreme Court of Appeals should have prioritised cases in which suspects' detention limits were about to expire, rather than "rushing" to conclude other, more recent controversial cases. He added: "There is nothing that currently prevents the high court from discussing the Turkish Hezbollah case. They can still gather within an hour and announce their verdict." 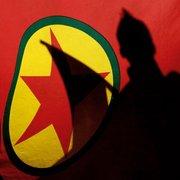 According to Ayşe Karabat, "Turkish Hezbollah was largely believed to be backed by the Turkish deep state for use as a weapon against the Kurdistan Workers' Party (PKK)"

​​The Presidential Council of the Supreme Court of Appeals stated that regional courts of law, which have already opened in some regions, should be enough to mitigate the workload. Their statement came at the end of January, immediately after the government submitted a bill to parliament for the creation of new chambers. Several Turkish bar associations also backed Supreme Court of Appeals and claimed that the government is trying to take the control of the judiciary.

The announcement marked a complete U-turn for the high court, which has repeatedly requested that additional chambers be established under it, a move that appears to be the only quick and viable way to revive Turkey's beleaguered appeals system where 20,000 appeal cases are dropped annually simply because too much time has passed since they were first filed.

However there are claims that the government is planning to appoint sympathetic judges to these new chambers, leading to a pro-government bias in the election of the head of the Supreme Court of Appeals, its chief prosecutor. The authority invested in this role includes filing cases against political parties, potentially banning them.

When the bill started to be discussed in the parliamentary Justice Committee, deputies of the opposition Republican People's Party (CHP) resigned from the committee on the last day of January, claiming that the AKP – in contrast to its usual practice – had tried to force the committee to work on Friday (the Muslim holy day).

The release of Turkish Hezbollah members from prison led to further fierce discussions in Turkish society for another reason; they disappeared. While they were supposed to visit the police station on a daily basis to prove that they had not absconded, they never did so. The court then announced its decision to re-arrest them, but the security forces have thus far been unable to locate most of them.

This situation sparked a heated exchange between Prime Minister Recep Tayyip Erdoğan and CHP leader Kemal Kılıçdaroğlu. Kılıçdaroğlu not only accused the AKP of not taking the necessary measures to prevent the escape of the Turkish Hezbollah members, but even suggested they had cooperated with them, seeking to use them as leverage to attract the Kurdish vote in the coming general elections, slated for May of this year.

Cooperation between Hizbullah and the AKP? 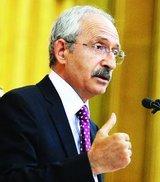 ​​CHP Deputy Chairman Sezgin Tanrıkulu, also the former chairman of the Diyarbakır Bar Association, stated that there is a strong perception among the Kurds that the AKP is cooperating with Turkish Hezbollah.

Religious sentiments among Turkey's Kurds are very strong, and some segments of Kurdish society – despite their nationalist demands – remain distant from the dominant pro-Kurdish movement due to its secular structure. The terrorist PKK is also based on a Marxist approach.

PKK leader Abdullah Öcalan also waded into the discussion, claiming that the Turkish state is trying to revitalise Turkish Hezbollah in order to divide Kurds in their nationalist struggle.

"They finished the Palestine Liberation Organisation (PLO) by creating Hamas. We all know that Hamas people threw PLO members from the windows of the fourth and fifth floor. They will try to finish the Kurdish movement by creating a fake Islamism. It is not correct to call them a Kurdish Hamas, I will call them a 'network'. This network is claiming that they are Islamists, but actually they bear no relation to Islam," Öcalan stated through his lawyers, speaking at one of his weekly meetings with them in Imralı Island, where he is serving a life sentence.

Meanwhile, security forces have started an operation against Turkish Hezbollah and some allegedly related legal associations. Although they have not been able to locate the key released members, they have successfully re-arrested the others. Amid all these developments one question remains unanswered: where are these key Turkish Hezbollah members now?

Islamism among Turkish Kurds
Growing Influence of the Hezbollah
A new political movement is making headlines in the Kurdish region of southeastern Turkey – the Islamist Hezbollah. Organised in small groups and modeled after the Palestinian Hamas movement, it is primarily active in ghettos where refugees live. Amalia van Gent reports

Hizbullah
Turkish Government in a Catch-22 Situation
Prime Minister Erdogan has come under international pressure since the terrorist attacks in Istanbul. He stands accused of long underestimating Islamic extremism in his country. By Dilek Zaptcioglu

Turkey's Kurdish Conflict
Is There a Third Way?
As the PKK seeks negotiation with the government, Ankara is dragging its feet on the courageous reforms needed to solve Turkey's Kurdish problem. Meanwhile a third way, based on the civil society movement, is on the rise. Ayşe Karabat reports