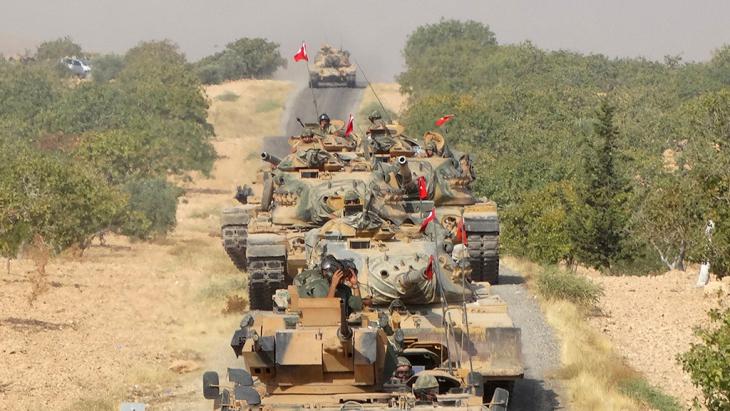 Ankara has invaded Syria to keep Islamic State fighters out of its own territory and prevent Kurdish territorial gains. In Turkey, the dual strategy has not only met with approval: critical voices are growing louder. By Andreas Gorzewski

Turkish opposition leader Kemal Kilicdaroglu made no bones about his patriotic leanings. "It is our duty to fight the terrorist organisation, ["Islamic State"] (IS), that is threatening our country," tweeted the chairman of the centre-left Republican People's Party, CHP.

Even the opposition parties largely approved when Turkish tanks crossed the northern Syrian border on Wednesday to drive away IS fighters from the border city of Jarablus. The Nationalist Movement Party, MHP, wished the soldiers much success "with our hearts and our prayers." After the alleged IS attack on a Kurdish wedding in Gaziantep in south-eastern Turkey that left 54 dead, it seemed like the right time deploy the country's troops in war-torn Syria.

However, such political solidarity did not last long. Deputy CHP chairwoman Selin Sayek Boke reprimanded the ruling Justice and Development Party, AKP, for not taking the fight against IS seriously. "What a pity that the AKP is amongst those who have turned a blind eye to the growing monster, instead of fighting IS comprehensively," Boke said. She added that the government was not doing enough to fight the terror cells within the country and that it was insufficient to send soldiers across the border while IS was picnicking in the centre of Istanbul. 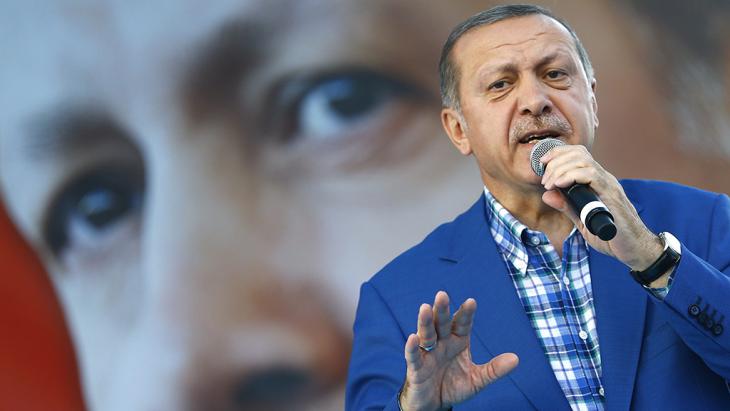 Erdogan's personality cult: the pro-Kurdish Peoples' Democratic Party, HDP, has denounced the fact that the command to invade was issued during a parliamentary recess, thus involving Turkey in a de facto war without consulting the peoples′ representatives. Less partisan in nature, yet equally damning, political analyst Yusuf Kanli from the English-language "Hurriyet Daily News" has called the offensive "an unpredictable military adventure"

The advance on Jarablus was not only launched to battle IS fighters, who pose a threat to NATO member Turkey. The government in Ankara wants, at all costs, to prevent the Kurds from controlling a contiguous area along its southern border with Syria. The Kurdish-held territories in north-eastern and north-western Syria have grown enormously since 2015. However, the Syrian Kurdish Democratic Union Party, PYD, is considered to be a branch of the banned Kurdistan Workers' Party, PKK. Ankara believes that the PKK is almost as great a threat as IS. Hundreds of people have been killed in a war that has been raging for months between the PKK and the Turkish army. Even the devastating attack on a police station in Cizre on Friday was immediately attributed to the PKK.

Feeding the dream of Kurdistan

A contiguous Kurdish territory in northern Syria would block Turkey's direct access to the country. Ankara fears it would offer the PKK a huge area to retreat to and perhaps incite Turkish Kurds to strive for independence. That is why Turkish government representatives have been clear about the dual aims of the current offensive – against IS and the Kurds who work with the PKK.

The pro-Kurdish Peoples' Democratic Party, HDP, protested against the combination of the two strategic objectives: "The government's new Syria policy is as misguided as the old one." The HDP believes that in Jarablus, room for a new "gang" is being created to replace IS. The HDP feels that the invasion neither serves the Turkish people, nor those living in Syria.

HDP parliamentarians also denounced the fact that the command to invade was issued during a parliamentary recess. They claim that the government has involved the country in a war without asking the people's representatives. Furthermore, the opposition party urged Ankara to immediately revise its "anti-Kurdish stance in Syria." 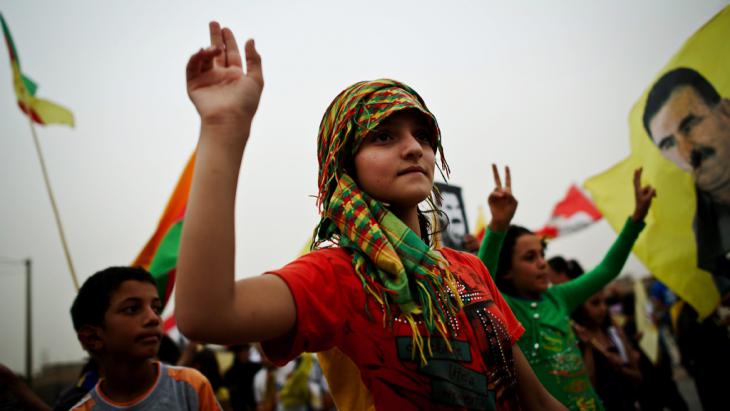 "A contiguous Kurdish territory in northern Syria would block Turkey's direct access to the country. Ankara fears it would offer the PKK a huge area to retreat to and perhaps incite Turkish Kurds to strive for independence. That is why Turkish government representatives have been clear about the dual aims of the current offensive – against IS and the Kurds who work with the PKK", writes Gorzewski

Harsh words were expected from the pro-Kurdish HDP, which has been repeatedly accused of sympathising with the PKK. But even newspaper pundits view the consequences of the invasion critically with regard to the Kurdish issue. "Hurriyet" journalist Mehmet Yilmaz recalled that Turkey was once against an independent Kurdish regional government in northern Iraq but that now, they enjoy the best of relations with the northern Iraqi Kurds. The Iraqi Kurdish leader, Masoud Barzani, was received in Ankara like a statesman on the same day tanks rolled into Syria. Yilmaz encourages the government to seek dialogue with the Syrian Kurds as well. "The two million Kurds living there are not our enemies," Yilmaz wrote.

Other political analysts are concerned that the invasion might end up being an unpredictable military adventure. Yusuf Kanli from the English-language "Hurriyet Daily News" fears that the army will become more deeply involved in the complicated war in the neighbouring country, just as the US did in the costly Vietnam War. "If Turkey expands its operational radius and misses the right moment to withdraw, then Syria could become Turkey's Vietnam."

German Middle East analyst Guido Steinberg and television journalist Ulrich Tilgner have both published new books on the conflicts in the Middle East. Their analyses and their ... END_OF_DOCUMENT_TOKEN_TO_BE_REPLACED

The Pope’s journey to the "land between the rivers": places of terror and a dialogue to promote hope and optimism. His meeting with Shia Grand Ayatollah Ali al-Sistani was a ... END_OF_DOCUMENT_TOKEN_TO_BE_REPLACED

When Pope Francis sets foot in Iraq, he will be breaking historic ground while manoeuvring religious and political minefields. So will his foremost religious counterpart, Grand ... END_OF_DOCUMENT_TOKEN_TO_BE_REPLACED

Iraq's Christian minority has dealt with decades of persecution – and many are sceptical about whether a four-day visit by Pope Francis will make a difference. By Cathrin Schaer ... END_OF_DOCUMENT_TOKEN_TO_BE_REPLACED

For years the Arab intellectual elite looked to Lebanon, coveting its atmosphere of freedom. Feigning the non-existence of repression, Beirut welcomed intellectuals from across ... END_OF_DOCUMENT_TOKEN_TO_BE_REPLACED
Author:
Andreas Gorzewski
Date:
Mail:
Send via mail

END_OF_DOCUMENT_TOKEN_TO_BE_REPLACED
Social media
and networks
Subscribe to our
newsletter