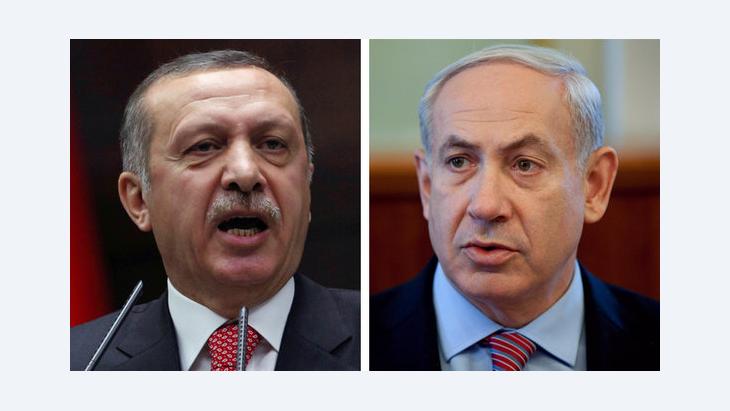 We should be cautiously optimistic about the resetting of Turkish-Israeli relations. Yet it is important to build on this diplomatic momentum. A commentary by Ibrahim Kalin, chief policy adviser to Turkish Prime Minister Recep Tayyip Erdogan

After nearly three years of political tension, diplomatic maneuvering, and back-channel negotiations, Israel has formally apologized to Turkey for the killing of nine Turkish citizens onboard the ship Mavi Marmara in 2010. On behalf of the Turkish people, Prime Minister Recep Tayyip Erdogan accepted Israel's apology.

This is a major victory for a principled foreign policy pursued through smart diplomacy.

The Mavi Marmara, part of a flotilla carrying more than 600 passengers from 35 countries to deliver humanitarian aid to Palestine, was intercepted by Israeli soldiers on May 31, 2010, resulting in the killing of nine peace activists. One of those killed, 19-year old Furkan Doğan, was also a United States citizen.

Because Israel unlawfully intercepted the ship in international waters and later refused to apologize for the killings, Turkey froze bilateral diplomatic relations, recalled its ambassador, and expelled the Israeli ambassador in Ankara. 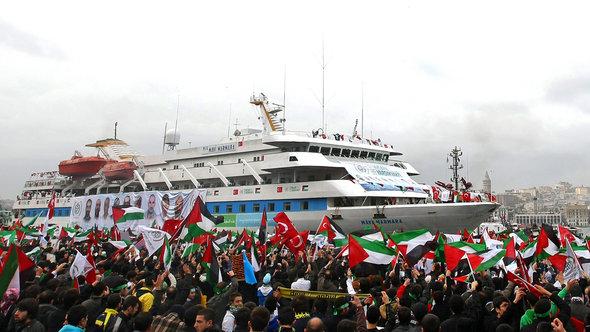 In the Mavi Marmara incident 2010, eight Turks and one Turkish-American were killed and several other pro-Palestinian activists were wounded when Israeli commandos stormed the ship Mavi Marmara while stopping an international flotilla trying to breach a blockade of the Gaza Strip. The photograph shows the flotilla upon its return to Istanbul harbour

​​Together with Turkey's criticism of illegal settlement activities and the siege of Gaza, the incident drove Turkish-Israeli relations to their lowest level in many years.

Ever since, Turkey's government has been under intense pressure from the US and Europe to restore normal relations with Israel. Turkey put forward three conditions: a formal apology, reparations for the families of those killed, and the lifting of the siege of Gaza. Turkey's principled position has now paid off.

Over the last three years, several attempts to resolve the crisis in bilateral relations failed. Israel offered "regrets", rather than a formal apology, and agreed to pay reparations, but refused to lift the Gaza siege. On various occasions, Erdogan reiterated his government's position that Turkey would not accept any half-measures, and insisted that all three conditions be met.

The apology comes with an agreement to pay compensation to the families and a promise to lift the blockade of Gaza for civilian goods. On the last issue, Israel has taken some steps recently, although much more work remains to be done in order to ease Palestinians' daily plight.

Israel's apology delivers an important measure of justice in the Mavi Marmara case, and has the potential to open a new chapter in Turkish-Israeli relations, which could create new opportunities for the Middle East peace process. But the apology is just the start. It will take time to reset Turkish-Israeli relations. Public anger in Turkey over the killing of fellow citizens in international waters will not dissipate easily. No apology will bring back the victims.

Beyond that, the obstacles to full normalization of bilateral ties include the Israeli occupation of Palestinian territories, the moribund peace process, and the dimming prospects for an independent and viable Palestinian state, based on the 1967 borders and with East Jerusalem as its capital. 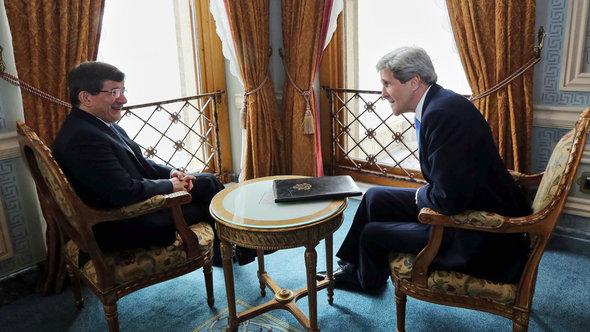 "New opportunities for the Middle East peace process": The Israeli-Turkish diplomatic deal was an important victory for America, as Turkey and Israel are its key allies in the Middle East, writes Ibrahim Kalin. "And it was a timely move for Israel, given its deepening isolation in the wake of the Arab revolutions – as many perceptive Israelis understand well," he says

​​Turkey, while recognizing the state of Israel, supports Palestinians' aspiration for independence, security, and dignity, and holds that this is vital for peace and stability in the Middle East more broadly.

US President Barack Obama, Secretary of State John Kerry, and their team played a crucial role in brokering the apology, for which they deserve credit. This was an important victory for America, as Turkey and Israel are its key allies in the Middle East, and it was a timely move for Israel, given its deepening isolation in the wake of the Arab revolutions – as many perceptive Israelis understand well.

By accepting the Israeli apology, Erdogan has affirmed that his criticisms are directed at Israeli policies, not at the existence of Israel or the Jewish people. He is a strong supporter of a two-state solution for both Jews and Palestinians, and is the first Muslim leader to call anti-Semitism a crime against humanity.

We should be cautiously optimistic about the resetting of Turkish-Israeli relations. But it is important to build on this diplomatic momentum. In addition to working to improve bilateral relations, Turkey will continue to support the Palestinian people and all efforts to find a just, viable, and comprehensive resolution of the Israel-Palestine conflict – a goal that, once achieved, will benefit all countries in the Middle East.

The recent escalation of violence in Idlib is also a result of the increasing tensions between Turkey and Russia. The victims are those in Idlib, caught up in a hopeless situation ... END_OF_DOCUMENT_TOKEN_TO_BE_REPLACED

A newly leaked document confirms how China is imprisoning Muslim minority Uighurs based solely on their religion. Naomi Conrad met with a whistle-blower and visited relatives of ... END_OF_DOCUMENT_TOKEN_TO_BE_REPLACED

After the attempted coup in Turkey in 2016, 134,000 people lost their jobs. Most of them are still unemployed and have to fight for health services and pensions. Many suffer from ... END_OF_DOCUMENT_TOKEN_TO_BE_REPLACED

The Kurdish YPG militia did the heavy lifting in the fight against the "Islamic State", yet many foreign YPG adherents, including Germans, have come home to find themselves under ... END_OF_DOCUMENT_TOKEN_TO_BE_REPLACED

At least 150 theatre professionals were recently fired without reason in Turkey, just days before they were expecting to receive permanent contracts. Creatives accuse the ... END_OF_DOCUMENT_TOKEN_TO_BE_REPLACED
Author:
Ibrahim Kalin
Date:
Mail:
Send via mail

END_OF_DOCUMENT_TOKEN_TO_BE_REPLACED
Social media
and networks
Subscribe to our
newsletter