An appraisal of Turkey's geopolitical situation makes the alienation between the former Kemalist state and Israel comprehensible. But it is exactly this situation that now requires Turkey to assume fresh political responsibility in the Middle East, writes Dan Diner, Professor of History at the Hebrew University in Jerusalem 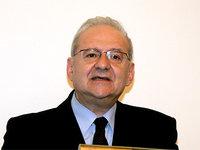 Israelis and Palestinians are condemned to allow the fire of the conflicts to cool under neutralising influence from without, says Dan Diner

​​ Turkish-Israeli relations are in bad shape. The latest incident off the coast of Gaza, where a blockade is in place, was really the last thing the two nations needed. On that occasion, Israeli marine units launched a politically irresponsible and inexpertly executed operation to capture a highly politicised flotilla of aid. A number of Turkish citizens were killed in the ensuing clashes.

Formerly good relations between Muslim Turkey and Jewish Israel have been disintegrating for a while now, and this only served to speed up the process of decay.

This breakdown in relations is primarily due to a shift in Turkey's political coordinates, even though it cannot be denied that the Gaza conflict of 2008/2009 as well as the abrupt Israeli rejection of Turkish mediation efforts were also major factors contributing to this process of alienation, which has been catapulted to the fore by this latest event.

The transformation of Turkey on the other hand is marked by what can be described as an historic geopolitical upheaval – one that is bound up with an inner transformation that is taking place in parallel. After the end of the Cold War, and due to its extraordinary geopolitical and geocultural location – between the Balkans, the Black Sea, the Caucasus, the Levant and the Middle East – NATO member Turkey found itself again cast in a role that could be described as "Ottoman".

After the end of the Cold War, and due to its extraordinary geopolitical and geocultural location – between the Balkans, the Black Sea, the Caucasus, the Levant and the Middle East – NATO member Turkey found itself again cast in a role that could be described as "Ottoman", writes Dan Diner

​​ Free from external pressure following the dissolution of the Soviet Union, Turkey now saw itself in a position to operate a foreign policy of "strategic depth" in all directions: the declared orientation towards Europe is accelerating the modernisation of the country. As the nation's Islamic internal self-image reassumes greater prevalence, this allows Turkey to open itself up to the Muslim world, a process facilitated by an increasingly Muslim self-image of the country's Arabs, a group otherwise barely tolerated in Turkey.

The old conflict with Syria over the Sanjak of Alexandretta, inherited from the era of the French Mandate, is no longer virulent. A new Black Sea policy, aimed at securing the cooperation of neighbouring states, allows a strategic rapprochement with Ukraine and Russia; the Armenian-Turkish "football diplomacy" had previously made the impervious border to the south Caucasus region slightly less so.

Furthermore, the Turkish perspective takes its due from Inner Asia, where linguistic, ethnic and religious affinities appear to suggest, for the Turkic peoples, something akin to the role of distant protector. In concordance with this, Turkey fosters a moderate Islam in the Balkans, to counter Wahhabi influence in Bosnia. Rapprochement with Iran as regards nuclear conflict does its bit to set Turkey apart from "the West" – a tendency that was already evident when the Turkish government refused to open up a corridor to northern Iraq for US ground troops in the build up to the war against Saddam Hussein. 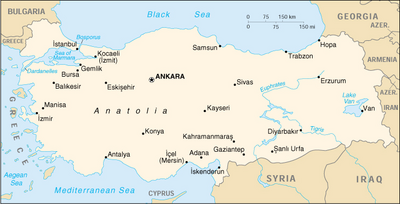 "Historic geopolitical upheaval": Free from external pressure following the dissolution of the Soviet Union, Turkey saw itself in a position to operate a foreign policy of "strategic depth" in all directions

​​ The shift in Turkish coordinates outlined here actually makes little allowance for a continuance of traditionally flourishing relations with Israel. In the end this was due, as indicated, to the particular Cold War constellation, Turkish-Arab tensions as well as the Kemalist state ideology, which cast Turkey as a country with clear territorial demarcations facing away from its Muslim environs, a nation state that was ethnically defined and also secular.

This former self-image allowed Turkey to assume a relatively agnostic position in the Middle East conflict just as in the Palestinian problem that underlies it. In addition, Turkey's beneficial ties to Israel were not a matter of concern for broad sections of the populace, but rather that of the elite, and especially – in true Kemalist tradition – the all-powerful military. In any case, the combination of "Ottoman" foreign policy orientation and the internal shift of Turkish self-image demonstrating greater adherence to the Islamic world, would appear to show that the substance of Turkish-Israeli cooperation has been exhausted.

Does this mean that Turkey increasingly perceives itself as a Muslim nation on a confrontation course with Israel? Some of the noises coming out of Ankara are indicative of such a trend – and many evaluated the incident off the coast of Gaza in accordance with this development. However, it does not have to be this way. The "Ottoman" foreign policy pursued in all directions in equal measure will – if the country does indeed plan to position itself as a regional power – also bestow the nation with responsibilities such as, for example, the role of an agent of stability, along with the responsibility of exerting a moderate and moderating influence. This is especially relevant to the vexed Middle East conflict. 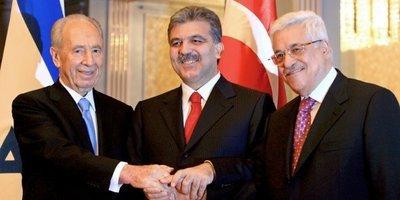 If Turkey does indeed plan to position itself as a regional power it will have to exert a moderating influence in the Middle East, says Diner

​​ Simply taking sides will therefore not be enough. And as horizons are opened, this brings with it new potential for conflict. For example, the albeit cautious rapprochement with Shiite Iran could quite possibly suddenly descend into regional rivalries – along the lines of the Safavid-Ottoman conflict of past centuries. It could also have a negative impact on Turkey's relationship with Egypt, another traditional regional power which is potentially unpredictable as the regime of Hosni Mubarak enters its twilight hour. It appears that this round dance could go on forever, and this quite apart from the fact that Turkey is still a member of NATO and in addition, according to declarations at least, wants to join the European Union.

Allowing the fires to cool

But against the backdrop of Turkey's strategic alignment, the Turkish-Israeli crisis also presents significant opportunities – opportunities to move Turkey and its expansive networks into a position of regional responsibility. And Israeli-Turkish commonalities have not been entirely exhausted, above all when it comes to the issue of arms cooperation.

This also applies to the cohesive power of an even older, shared – Jewish-Ottoman – history, which began with the acceptance of displaced Jews from the Iberian Peninsula in 1492, and continued as Jews and Muslims closed ranks under the weight of the disintegration of the multi-religious Ottoman Empire, a process in which Christian sections of the population played a significant role.

If the assessment that Turkey's accrued role does not simply operate in one direction is accurate, then Ankara would be called upon, with the approval of all affected parties and like the international community, to assume responsibility in Gaza.

Sunni Turkey would demonstrate a greater regional-political proximity to Hamas than to Shiite Iran; as a Muslim but non-Arab power from the immediate region, it could not be as easily accused of harbouring political interests as neighbouring Arab states. As a NATO member, it would continue its western integration, and as a candidate for the European Union, exposed to the eagle eyes of Brussels. It would in any case not be doomed from the outset, in accordance with Yasser Arafat's dictum, to drink from the sea of Gaza, or in other words to fail miserably.

Such a move – placing Gaza in the care and therefore under the control of Turkey – could open the gates to a perspective to which those directly involved in the conflict – the Israelis and the Palestinians – are condemned anyway: to allow the fire of the conflicts to cool under neutralising influence from without. The Turks in Gaza may be the first. Perhaps Morocco, a nation from the "far west" with good relations to both Israel and the Palestinians, will be hot on their heels. The Sharif as a descendant of the Prophet would actually be an appropriate guardian of Islamic holy sites in Jerusalem, alias Al-Quds.

Dan Diner is a Professor of History at the Hebrew University in Jerusalem, as well as Director of the Simon Dubnow Institute for Jewish History and Culture at the University of Leipzig.

Turkish-Israeli Relations
Strain on a Fragile Alliance
Relations between Turkey and Israel used to be close; now they are in a state of flux. This has only partly to do with the current conflict surrounding the Gaza aid convoy. The spectre of this discord has been waiting in the wings for quite some time, as Thomas Fuster explains in his analysis

Interview with Turkey's Foreign Minister Ahmet Davutoğlu
"Turkey Creates Balance in the Middle East"
Turkey's foreign policy has been under the spotlight in recent months, with many Western commentators expressing concern about a perceived swing toward a more Middle Eastern orientation. Foreign Minister Ahmet Davutoğlu speaks to Ayşe Karabat about his country's new regional rol