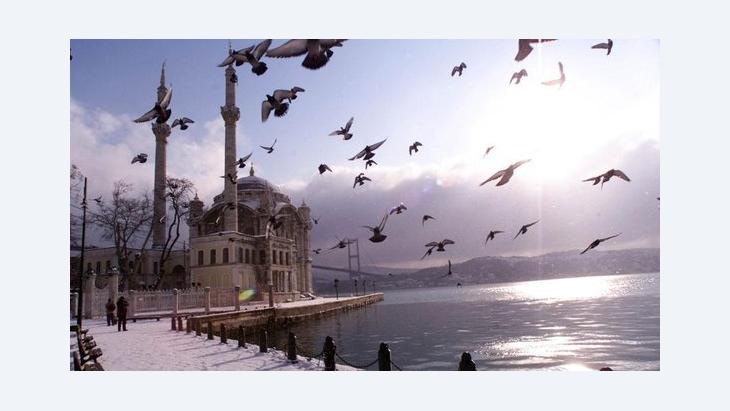 ﻿New translations of Metin Eloglu and Sait Faik remind us of the world-class standing of Turkish short stories and of an Istanbul prior to the original sin of new construction. By Astrid Kaminski

﻿Urban planning news from Istanbul rarely inspires much rejoicing. Quarter after quarter is demolished and historical buildings disappear one by one, supplanted by sprawling and costly neo-Ottoman sterility. The entrance to the Golden Horn sprouts a row of concrete pillars for the latest bridge to be built across the Bosporus, and, if we can count this as part of the destruction, James Bond ploughs through the ancient bazaar under the protection of the Tourism Minister, leaving chaos in his wake. Greater subtlety is apparently not possible.

The best thing to do, if we could be allowed to indulge in a small bit of nostalgia, would be to send the city planners off in the footsteps of Orhan Pamuk, having them (re-)erect entire neighbourhoods out of books.

The Istanbul of the simple folk

Much more so than today, the metropolis of the mid-20th century, its population still under one million, was a city on the water, with ferries the main mode of transport. Bridges over the Bosporus did not yet exist, only the Galata Bridge, back then still floating, across the Golden Horn. 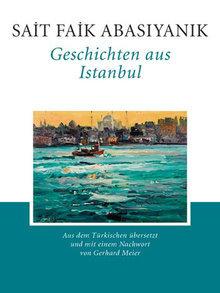 Sait Faik Abasiyanik is known for his harsh but humanistic portrayals of labourers, fishermen, children, the unemployed, and the poor. He is regarded as inventor of the Turkish short story

​​This is the world to which we are spirited away by the short prose book "Fast eine Geschichte" (Almost a Story) by Metin Eloglu, published by binooki in Berlin, and by "Geschichten aus Istanbul" (Stories from Istanbul), a selection of Sait Faik's ground-breaking literary miniatures, published by Manesse in Zurich. (The new, first-ever translations of both titles were incidentally funded by Turkey's Ministry of Culture and Tourism.)

Sait Faik (whose full name was Sait Faik Abasiyanik, 1906–1954) is regarded along with Sabbahatin Ali as inventor of the Turkish short story; his pared-down, direct and lucid style exerted a lasting influence on modern Turkish literature. The stories of the slightly younger Metin Eloglu (1927–1985), who is known in Turkey primarily for his poetry, are related both stylistically and thematically to those of Sait Faik, but do not shy away from superficially realistic subjects and moods.

A rejection of exclusionary nationalism

Eloglu's characters, drunk with longing, are occasionally witnesses to real-life social and political developments and failures, criticising for example the construction of prisons instead of hospitals, and setting up associations for the unemployed. Sait Faik's characters are by contrast more likely to meekly submit to their fates, and the social conditions depicted in the stories are more metaphorical than real, and framed less explicitly politically.

Nevertheless, Faik by no means comes across as a conformist, particularly as regards the ethnic nationalism of the Turkish Republic. His protagonists include Armenians, Greeks, Jews, Muslim factory workers, Orthodox priests and even discriminated John Dory fish. In two consecutive paragraphs in "People on the Beach", his first-person narrator first confesses: "So I don't like to take sides, what's wrong with that?", and then adds that it would seem to him that "you could come from a Gypsy neighbourhood and still be a great guy, or you could come from Paris and be a real ass".

This is not only a rejection of exclusionary nationalism, but also a hearty blow to the Paris-loving high society of Istanbul in those days. And to return to the urban-planning aspect above: the world's oldest Roma neighbourhood, Sulukule, has also fallen victim since 2008 to the building mania of the modern metropolis. 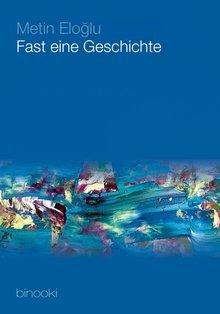 ​​It is no coincidence that the short story is considered the greatest literary challenge of all. Relatively few authors are able to imprint themselves on literary memory with this lean-lined form. Now, the new translations remind us why the Turkish short story enjoys an undisputed world-class standing. And also that, along with Sait Faik, Metin Eloglu deserves to take his place in the illustrious ranks of masters of the genre such as E.T.A Hoffman, Edgar Allen Poe, Sherwood Anderson, Ernest Hemingway, and also Franz Kafka and Bruno Schulz.

All the same, we should be careful not to lump together Metin Eloglu, who tends toward poetic compression, and Sait Faik, who displays instead a penchant for voyeuristic distance. Nevertheless, we may be allowed to highlight their similarities as creators of prose that in some cases emerged from the same time period and from a very similar milieu. Both authors displayed a marked fondness for drink, which certainly must have paved the way for one story or another.

Nearly their entire cast of characters evince a quality that Sait Faik also attributes to the themes of Byzantine chants: "domesticated insanity". The tone adopted by both authors is casual verging on cheeky, self-deprecating, narcissistic and above all delightfully humorous. They were both masters of the art of frequently enjoying a joke at the expense of their characters – who often display autobiographical traits – while yet never robbing them of their dignity.

In both books, nature images and still lifes are conjured before the eyes of the reader with a marvellous matter-of-factness. In some ways, the stories are imbued with the wooden, peasant sensuality of a Cézanne. But at other times they shimmer with a full-bodied Baroque flavour, with intense smells, tastes and colours: the scent of violets, celery and tripe, lime blossoms and sweat, soap in old wooden cabinets, fresh strawberries swirled in sugar water, fish, sea air.

The translations by Gerhard Meier and Ute Birgi-Knellessen have managed to find a very appealing tone for this sensual prose. Meier's texts sound somewhat more academic, and those of Birgi-Knellessen more playful and more distinctive.

The Turkish Tourism Ministry should by all means be encouraged to initiate translations into other languages as well. Placed in the bedside tables of windowless hotels overshadowed by modern construction, they could make every stay in Istanbul an unforgettable reading experience.

Home
Print
Newsletter
More on this topic
Interview with Orhan Pamuk: A Declaration of Love to the City of IstanbulAra Güler's Istanbul: A City, Beautifully BlemishedNew Developments in Turkish Literature: From Provincial Reality to Problems of the Individual
Related Topics
All Topics
Date:
Mail:
Send via mail

END_OF_DOCUMENT_TOKEN_TO_BE_REPLACED
Social media
and networks
Subscribe to our
newsletter