Although the members of the YPG actually did originally come from the Kurdish terrorist organisation PKK, reasonably democratic structures have been established in the Syrian territories it controls, at least compared to other nearby regions. The YPG model of regional self-government, with a high rate of political participation by women, is contrary to just about everything the Turkish government aspires to.

It was clear that Afrin would end up in the Turkish regime's sights once the Kurds set up their own administration there and Syrian dictator Assad's power began to wane.

When the U.S. Secretary of Defence James Mattis came to Turkey in August of last year to co-ordinate the fight against IS with its NATO partner, Erdogan took the opportunity to make it clear that his country would never allow a Kurdish "terror corridor" to arise in Syria. Should such a threat be on the horizon, "we will then intervene", said Erdogan, adding: "We are still resolute with regard to Afrin. Our plans are proceeding as before." 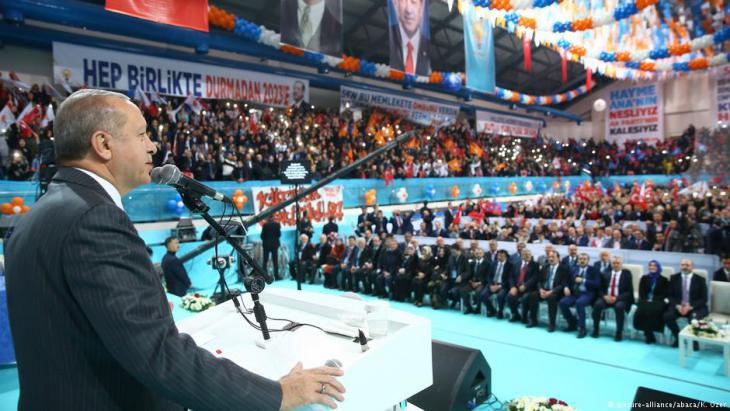 Absolute intransigence: on Monday in Ankara, President Recep Tayyip Erdogan disclosed that he had obtained Russian support for the military offensive. The Turkish army aims to bring Afrin under its control, as it has done previously with Jarablus, al-Rai and al-Bab. Only then will the Syrians be allowed to return

There are several reasons why it took Turkey five months to carry out those plans after the president had announced an impending offensive. For one thing, the Americans strictly opposed an attack on Afrin last year because they were in dire need of the help of the Kurdish fighters to oust IS from their Syrian stronghold of Raqqa, a battle that had not yet been decided at the time.

In addition, Turkey needed Russian backing or at least its endorsement for an operation against Afrin, in particular for air attacks. Moscow has namely stationed not only an S-400 missile defence system in Syria, but also an unknown number of military observers in Afrin.

The disappearance of Razan Zeitouneh and her colleagues has been one of the greatest mysteries of the Syrian war – until today. DW's investigative unit hunted clues across six ... END_OF_DOCUMENT_TOKEN_TO_BE_REPLACED

Millions of people in Syria's Idlib region depend on foreign aid that passes through only one border crossing. The UN mandate regulating passage through it will expire on 10 July ... END_OF_DOCUMENT_TOKEN_TO_BE_REPLACED

By stage-managing his re-election in a poll widely dismissed as a farce, Syria's President Bashar al-Assad has killed two birds with one stone: he has forced his compatriots to ... END_OF_DOCUMENT_TOKEN_TO_BE_REPLACED

Although a unity government was formed in Libya in March 2021, tensions and possible crises between the political actors are already emerging. What problems does the country face ... END_OF_DOCUMENT_TOKEN_TO_BE_REPLACED

Syria's president appears to have triumphed. He remains in power, the Syrian conflict is nearly over, and efforts are underway in the Arab world to normalise relations with his ... END_OF_DOCUMENT_TOKEN_TO_BE_REPLACED
Author:
Michael Martens
Date:
Mail:
Send via mail

END_OF_DOCUMENT_TOKEN_TO_BE_REPLACED
Social media
and networks
Subscribe to our
newsletter