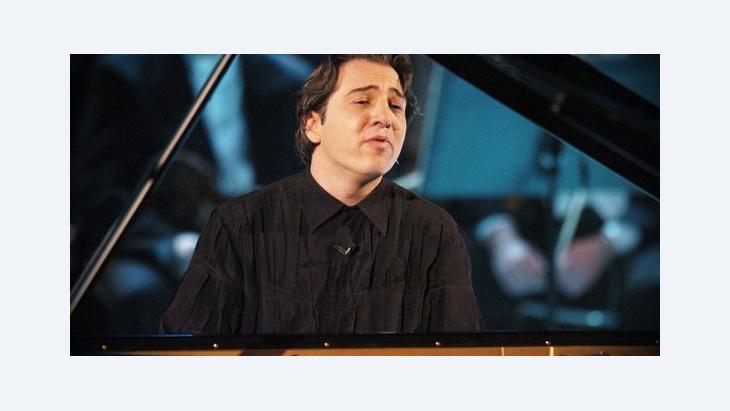 Up in Court for Insulting Islam

﻿Last week, the court case against the celebrated Turkish pianist and composer Fazil Say began in Istanbul. Say faces charges of spreading anti-Islamic comments via Twitter. Supporters and critics alike say that the case highlights Turkey's shortcomings in terms of freedom of expression. Thomas Seibert has the details

﻿In April 2012, Fazil Say posted several comments on Twitter in which he ridiculed Islam. One tweet asked whether a particular call to prayer, which lasted only 22 seconds, was cut short so that the muezzin could get to his lover or a bottle of booze. Another questioned if heaven, where – according to some interpretations of Islam – wine flows and virgins await the faithful, was a brothel or a bar.

State prosecutors in Istanbul began their investigations when a citizen reported the matter to the police. In early June, they charged the 42-year-old pianist and composer with denigrating religious values. A prosecutor claimed Say's tweets could lead to a "collapse of public order".

His trial started on Thursday, 18 October. If convicted, he faces up to 18 months in prison. However, even if he is convicted, it is unlikely that he will be sent to prison, as most sentences under two years are normally suspended in Turkey. Nevertheless, he would have a criminal record.

A known critic of the Erdogan government

For many Turks, Say is more than just a musician; he is the country's leading classical composer and an internationally celebrated concert pianist. He is also a severe critic of Prime Minister Recep Tayyip Erdogan's conservative Islamic government. An atheist, Say has said that having devout Muslims in government is a catastrophe for Turkey. He has often spoken about the fact that he has considered emigrating.

The musician, who spent eight years studying in Düsseldorf and Berlin and has given concerts around the world, is also dismissive of the conservatives in Anatolia who vote for Erdogan. A few years ago, Say caused public outrage when he dismissed Arabesque music, which is hugely popular among many Turks, as an expression of a form of proletarianism of which he is ashamed. 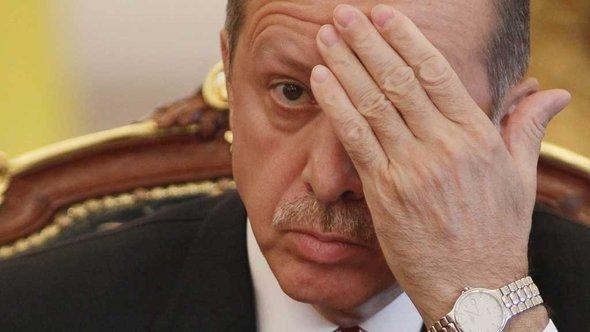 A thorn in the side of Prime Minister Erdogan's government: Fazil Say, an atheist and an opponent of the conservative Islamic governing party, the AKP, has drawn attention to himself a number of times in recent years with controversial public statements

For this reason, it is safe to say that Say will not receive much support from the government. Nevertheless, he is not without allies: many intellectuals have come out in support of him. Nearly 8,000 people have added their names to an online petition backing Say, who served as a cultural ambassador for the EU and has performed with the New York Philharmonic, the Berlin Symphony Orchestra, the Israel Philharmonic, the National Orchestra of France and the Tokyo Symphony Orchestra.

Say has rejected the charges brought against him, pointing out that although the tweets were actually re-tweets of messages written by others, he is the only one facing criminal charges. Even observers who are generally critical of Say's actions have called the court case a scandal. The concern is that it could damage Turkey's international reputation.

This concern comes at a time when Turkey is already under fire in this respect. In its most recent report, the European Union – which Turkey seeks to join – said it had "serious concerns" about Ankara's approach to freedom of expression. The government in Ankara has rejected this criticism.

Judges and prosecutors in Turkey tend to interpret the law very strictly, often ranking freedom of expression behind the interests of state security or the punishment of verbal attacks on social harmony. Whether that will be the case for Fazil Say remains to be seen.

The recent escalation of violence in Idlib is also a result of the increasing tensions between Turkey and Russia. The victims are those in Idlib, caught up in a hopeless situation ... END_OF_DOCUMENT_TOKEN_TO_BE_REPLACED

A newly leaked document confirms how China is imprisoning Muslim minority Uighurs based solely on their religion. Naomi Conrad met with a whistle-blower and visited relatives of ... END_OF_DOCUMENT_TOKEN_TO_BE_REPLACED

After the attempted coup in Turkey in 2016, 134,000 people lost their jobs. Most of them are still unemployed and have to fight for health services and pensions. Many suffer from ... END_OF_DOCUMENT_TOKEN_TO_BE_REPLACED

The Kurdish YPG militia did the heavy lifting in the fight against the "Islamic State", yet many foreign YPG adherents, including Germans, have come home to find themselves under ... END_OF_DOCUMENT_TOKEN_TO_BE_REPLACED

At least 150 theatre professionals were recently fired without reason in Turkey, just days before they were expecting to receive permanent contracts. Creatives accuse the ... END_OF_DOCUMENT_TOKEN_TO_BE_REPLACED
Author:
Thomas Seibert
Date:
Mail:
Send via mail

END_OF_DOCUMENT_TOKEN_TO_BE_REPLACED
Social media
and networks
Subscribe to our
newsletter