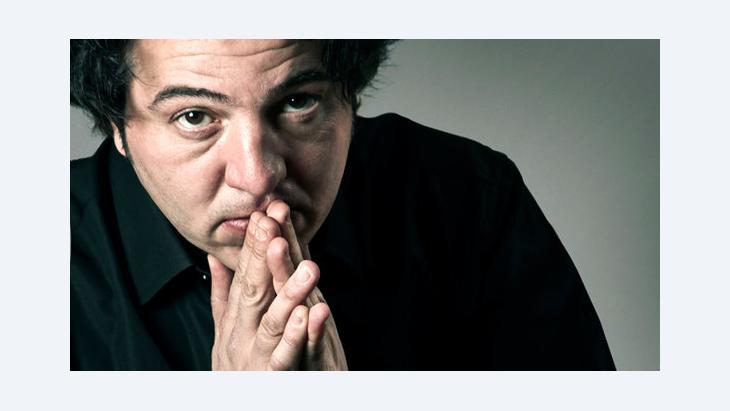 World-renowned concert pianist Fazil Say was given a suspended jail sentence in Turkey for insulting religious values on Twitter, a case which has become a cause celebre for Turks alarmed about creeping Islamic conservatism. By Tim Neshitov

When the Turkish star pianist Fazil Say goes on tour in Germany this week, the public may try to spot signs of nervousness or annoyance in his face. He's just been sentenced to a ten-month prison sentence suspended for five years on account of allegedly blasphemous statements which have offended religious feelings, and that's a crime under paragraph 216/3 of the Turkish criminal code. Say has not responded to the verdict, for fear of making things worse.

Last April, Say distributed two sentences ascribed to the Persian poet Omar Khayyam (1048-1131) on Twitter: "You say rivers of wine flow in heaven, is heaven a tavern to you? You say two virgins await each believer there, is heaven a brothel to you?" 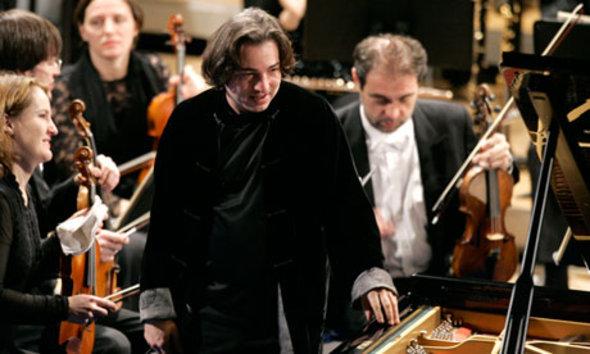 Sentenced for citing a 1,000-year-old poem: Fazil Say said on his Facebook page that the verdict made him "very sorry for my homeland"

​​Say is an avowed atheist who is also said to have re-tweeted comments such as, "I don't know if you're noticed, but everywhere you find windbags, mean people, sensation seekers, thieves or charlatans, they are all excessively pious. Is that a paradox?" Another referred to a muezzin whose call to prayer lasted 22 seconds and a Turkish liquor: "Why such haste? Have you got a mistress waiting or a drink on the table?"

"The world laughs at Turkey"

Say, who's 43, plays with the best orchestras in the world. He gives 130 concerts a year, shaves in airports, breakfasts in airplanes, smokes two and a half packs of cigarettes a day, and drinks the occasional lemon vodka before a concert. He's a professional, and so his audience will probably not be able to tell whether he's thinking of Beethoven, Mozart and Janacek or of events in the 19th criminal court in Istanbul.

The trial began last October. Say was required to appear in court, and declared he was unmarried and had an undefined income.

One of the three people who had brought the charges against him, the construction engineer Ale Emre Bukagili, testified that Say made blasphemous statements "just to get himself talked about". He added, "There is a God – that's obvious. Now we can talk further about that."

Fazil Say did not want to talk further about that and asked the judge if he might be excused from further appearances in court because of his concert programme. The judge agreed and Say was not present when the hearings restarted in February.

Bukagili told the court that he suspected that Say suffered from autism, which he said he could tell from seeing him on "visual media," and he asked the court to investigate this possibility in detail: "Can Say be called to account for his actions? We want him to face punishment but we are not without a conscience."

In November Say spoke to CNN Türk television in what is his most recent interview. He told the interviewer, a friend of his, "The world laughs at Turkey, and the government backs these people who are bringing charges against me. It's an interesting situation."

Egemen Bagis, Europe affairs minister and thus responsible for negotiations on Turkey's accession to the European Union, said that he was not following what Fazil Say had to say: "His art is indeed something different; he's an important name for Turkey. But what he says about anything other than his art is absolute idiocy." 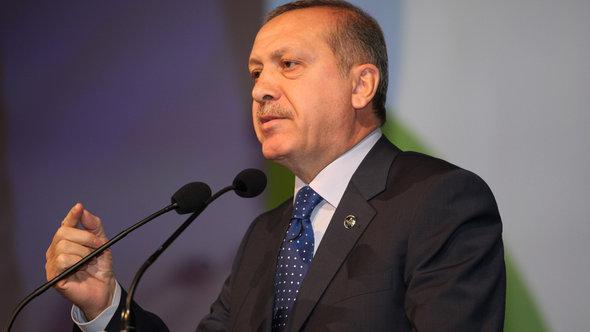 Say is a well-known critic of the religiously conservative government of Prime Minister Recep Tayyip Erdogan and his Islamist AK party: his Twitter feed also included comments critical of Erdogan and other government members

Say's dislike of the conservative government led by Recep Tayyip Erdogan is also fuelled by his conviction that the religious men who hold power in the country have no idea about the arts. He's said of the minister for culture, "The man doesn't protect a single one of his artists. They are all the same to him. The people should punish me, blah blah blah, and what he means by 'people' is just three or five people. Just riff-raff."

Ali Emre Bukagili, the construction engineer who has laid charges against Fazil Say, often tweets links to Oktar's shows, and he's also brought charges against a student from Eskisehir who blogged, "How helpless must someone be to attach himself to a man like Adnan Oktar?" He won the case.

Bukagili has also sued the Turkish publisher of the works of Richard Dawkins, as well as 113 writers on the internet site Eksi Sözlük (Sour dictionary), not to mention a cartoonist on Penguen magazine.

Bukagili recently issued a response to the many questions by journalists as to his motivation. In his statement, he said, "I want everyone who gives his opinion to do so in a reasonable and constructive way and to respect the beliefs of others, so that love, understanding and peace will strike roots in our country."

German Middle East analyst Guido Steinberg and television journalist Ulrich Tilgner have both published new books on the conflicts in the Middle East. Their analyses and their ... END_OF_DOCUMENT_TOKEN_TO_BE_REPLACED

Researchers agree that climate change alone cannot be blamed for the outbreak of war in Syria in 2011. However, neither can it be ignored as a reason this once blossoming country ... END_OF_DOCUMENT_TOKEN_TO_BE_REPLACED

In his latest documentary, "The First 54 Years", Israeli director Avi Mograbi demonstrates how catastrophic and traumatising the occupation has been, not only for Palestinians, ... END_OF_DOCUMENT_TOKEN_TO_BE_REPLACED

Razan Zeitouneh fought for justice in Syria and made enemies on all sides. Then she disappeared without a trace. Her fate remains unknown to this day. On the tenth anniversary of ... END_OF_DOCUMENT_TOKEN_TO_BE_REPLACED

"The Memory Monster" was a success for Israeli author Yishai Sarid. His latest book hasn't been published in English yet, but given his reach among Anglophone readers, it won't be ... END_OF_DOCUMENT_TOKEN_TO_BE_REPLACED
Author:
Tim Neshitov
Date:
Mail:
Send via mail

END_OF_DOCUMENT_TOKEN_TO_BE_REPLACED
Social media
and networks
Subscribe to our
newsletter